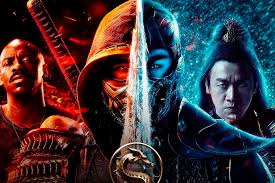 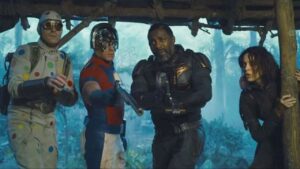 Say what you want about the HBO Max day and date deal, and the way they treated filmmakers, by not letting them know in advance that their movies would go straight to streaming. Parent company AT&T, as well as HBO Max themselves, have already admitted that they didn’t handle that situation in the best way, and should have given the filmmakers a heads up. But other than that initial misstep, what needs to be noted at this point in time, is just how nicely the streaming platform is doing in terms of content. These guys are releasing new films that are in high demand from the public, and are also generally pretty good. And they’re doing it at a pretty consistent rate.

The fact of the matter is, right now we are still living in a Covid 19 world. Which means that movies are still all about streaming. Theaters are officially opened, but people aren’t going yet, and that’s completely understandable. First off, the Covid 19 vaccine is just now being made widely available to everybody. That means it will take about another two months for everyone to have it, and for everyone to feel good and comfortable about going out once again.

Secondly, things aren’t quite ideal at theaters for the people who already have the vaccine. The problem for them is that if these people want to go see a movie in theaters, they need to wear a mask the entire time. Imagine sitting through a two-hour movie wearing a mask. Doesn’t sound very comfortable or enjoyable does it? And maybe the theater you’re at doesn’t enforce the mask wearing, but even still there’s no energy in theaters now. There’s no movie pulling audiences in, no audience to be a part of, and no real reason to go back just yet.

That won’t happen for at least another three months. The three month timetable comes from two areas… the Disney / Marvel movie Black Widow, and the HBO Max Day and Date Deal. You see HBO Max has the big theatrical movies. Like Godzilla Vs Kong. And if these movies were only in theaters, then there might actually be a reason to go to theaters. But by putting the movies on their streaming platform, HBO Max is helping us all stay a little safer and more responsible, and a lot more comfortable.

Regarding Black Widow, that’s the movie that is most likely going to bring people back to theaters (it was, anyway, until Disney announced that it will also be available to stream the same day it is theatrically released.) Only streaming it with a Disney Plus account will still cost 30 dollars. And Disney recently moved back the release date of the movie from May to July.

So as of this moment it’s uncertain what movie will be the one to bring audiences back to theaters, and when this will actually happen. What we can predict is that it will most likely be something in the summertime, and it will probably be a big budget action movie, like the new Fast and Furious film, F9 (June 25th, so even earlier than Widow.) Will that movie get pushed even further down the line as well? It’s a tricky situation. Especially with AMC restarting everyone’s A list yearly plans in May or so. Most likely F9 will be the one, right there at the end of June. And people will go in droves because it will be their first theatrical experience in over a year. Who cares if the movie is any good or not at that point. People will just want to get out there again.

So now let’s talk about HBO Max. Since streaming is the hottest game in town, and since people do want to see movies, and not just shows (Netflix and Disney Plus have been the go to places for those,) the question is where can people get new movies. A few months back, when movies with Oscar potential were being released left and right, Netflix was the place to be. With Ma Rainey’s Black Bottom, The Trial of the Chicago Seven, and Mank, they definitely were the top contender. Amazon Prime followed closely behind  with Sound of Metal and One Night in Miami. HBO Max did get in there a little bit, with Judas and the Black Messiah, but it was the other streaming platforms that mostly had this area covered.

And now, we are getting passed the Oscars, and ready for something else. The ceremony is one week away, and people are still catching up on whatever they haven’t seen yet, but the excitement is building for something different. We went through our shows phase. We went through our artsy Oscar-worthy movie phase. Now it’s time for the big budget, action movie phase. And that’s where HBO Max comes in.

For HBO MAX, it all started with Wonder Woman 1984. People tore it apart because it was the first big movie they had seen in almost a year, and they were ready to tear down anything, but the movie was actually fine. It had a lot to like. And HBO Max gave that to us in December of 2020. Starting with that one, it was a new release every month.

Starting with Wonder Woman 1984, HBO Max began rolling out a big movie for us every month. Since January and February were prime Oscar season months, they gave us movies that had the potential to be nominated. The Little Things with former Oscar winners Denzel Washington, Rami Malek, and Jared Leto (Jan 29th,) and Judas and The Black Messiah (Feb 12th.) One of those movies worked, the other one didn’t. The Little Things was a mess of stupidity, but Judas, on the other hand, was an all-around excellent film. And the Oscars treated it as such, nominating both Daniel Kalua and Lakeith Stanfield, plus the movie itself in a whole ton of other categories.

And then came the big budget action movie phase. These movies used to be relegated to the summertime. Now, however, it’s like the Wild West out there…anything goes. And so the movies started in March. Maybe even February, if you want to look at Zack Snyder’s Justice League (not theatrically released, but a huge experiment of a film, and a superhero movie success.) Then came Godzilla vs Kong, which was a monster of a movie, (March 31st.) Not that it was great or anything, but it sure was a lot of fun. And it delivered on the B-movie sensationalism that one would hope for in seeing these two titans throw down against each other. The movie took a ton of ideas from Pacific Rim, gave their own spin on them, and it all worked out pretty nicely.

That brings us to where we are now. April. Our movie of the month is Mortal Kombat (April 16th,) and boy does it look sick. First off, while there have been many MK movies made before, this will be the first R rated version. Considering the fatalities in the game itself, going back to its early nineties debut days as a video game for systems like Sega Genesis, the R rating should have been a no-brainer. But the studio turned out PG-13 movies instead, over the years, and the first movie in the series (the 1995 film,) was actually a whole lot of fun. This new one just might have it beat. Maybe. We’ll see. But it sure does look pretty cool, and is definitely something to be excited about.

After that, the calendar continues, going month by month all the way to the end of the year. Here’s a look at how the rest of the year plays out, starting in June.

A Hugh Hackman  detective movie in which he offers his clients a way to relive their own memories.

The Many Saints of Newark (Sept 24th)

And there’s even a bonus movie with no set release date, as of yet…Those Who Wish Me Dead (written and directed by Taylor Sheridan – (Sicario, Hell or High Water.)

So yes, HBO Max is definitely doing it right and giving us content to be excited about. It couldn’t have come at a better time either, considering the lack of theater content or opportunity. This is most definitely the place to be.