A Return to Normalcy? 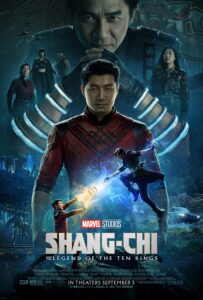 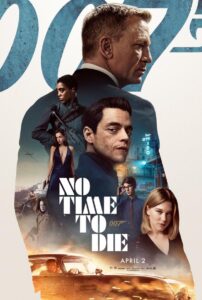 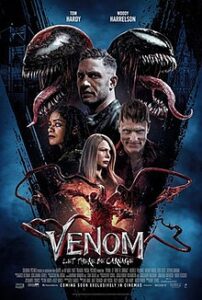 Things are starting to look a lot like normal. People are going to work. Kids are in school. Traffic is back to how it always was. And movies are starting to be released only in theaters again.

Last summer, in 2020, Tenet tested the waters when its director Christopher Nolan insisted it must be shown in theaters despite the pandemic, and theaters caved to his ridiculous demands. It didn’t work. The world wasn’t ready. Now, over a year later, we are ready. Perhaps the first bit of returning to normalcy came with A Quiet Place 2, released in theaters at the end of May 2021. Then came the new Fast and the Furious movie, F9, released at the end of June 2021. And after that Black Widow, released in early July 2021 (although that one was also released to streaming for a price, at the same time.)

None of these movies set the world on fire with their results, but it was a start. And then came Shang Chi and the Legend of the Ten Rings. This was it. This was the movie to finally cross the line. You see, first off, it was a Marvel movie. Black Widow was too, of course, but the difference was that because Black Widow was also released to streaming, people generally opted to watch it from the comfort of their own homes and not go to theaters. Plus, since it was released to streaming, it also became incredible easy to pirate, download, and watch for free. So that movie didn’t knock the box office over the way it should have, and actress Scarlet Johansen, in particular, was very upset about that. She is currently suing Disney for releasing her movie straight to streaming, thus causing it to not make as much money, thus causing her to not get any bonus money.

But Shang Chi was the movie to make the difference for other reasons too. One of these was that it was actually good. Now, Black Widow was fine, and it’s a shame that it generally got pegged with the consensus of being lousy when it really wasn’t. But Shang Chi is definitely far better, with its fantastic martial arts, mythical creatures, and fun performances. And the fact that it is not just a Marvel movie, but a really good Marvel movie makes a difference. So does the fact that it can only be seen in theaters. This is the movie that is the trend setter for finally bringing movies back.

So what’a next? The rest of September looks pretty calm with only one big release headed this way (The Many Saints of Newark, a sort of sequel to the HBO series The Sopranos, which will also appear simultaneously on HBO Max.) But then October is going to kick off early and is going to be loaded up. Venom: Let There Be Carnage, and James Bond: No Time To Die, both come out the same day… October 8th. That’s going to be one hell of a weekend for action movie fans.

Then October 21st is Dune (also being released on HBO Max,) October 22nd is the French Dispatch (the new movie from Wes Anderson,) and October 29th is Last Night in Soho (the new movie from Edgar Wright, the director of Baby Driver.) That’s when we’ll know that we are finally back to normal. When October comes around and we are surrounded by new movies from the most talented directors. If September and the start of October kicks of the return to big action movies, from Shang Chi to Venom to Bond, then the end of October brings back the talented directors and their latest movies. It’s time to start getting excited again. It’s time to get back to the movies.