Beauty and the Beast *** 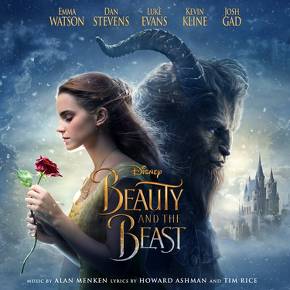 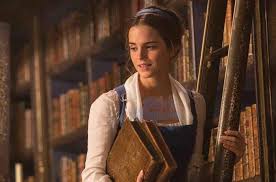 A beautiful, fun, and lively take on the classic animated movie.

The first of the key nineties animated Disney movies (The Little Mermaid, Beauty and the Beast, Aladdiin, and the Lion King,) to get a live action remake is a hit. It works in a colorful, poppy, energetic way. just like a good Disney movie should. This one is clearly a film that is strong for both kids and adults, with it’s fresh new take on the animated film. It knows how to keep the pace moving, but at the same time finds room to squeeze in some small subplots that only add to the story by help filling in the cracks. And aside from the new story elements, the movie works because of its humor and its colorful playfulness. There’s nothing stand-out amazing about the movie, but it is certainly a light-hearted and enjoyable experience.

The live action Beauty and the Beast movie is a success. It’s a movie that knows it’s telling the story of a film that needs to exist in two worlds. For kids today, this movie has to be the definitive version, meaning for many kids this will be the version of the film that they grow up with. But for adults who are fans of the nineties animated movie, this new film has to both be a tribute and homage, and also add a little bit of flavor of it’s own. There’s the balance beam that the movie has to walk, in order to pull all this off, and it’s nice to be able say that the movie does it.

It does this, first and foremost by its look and energy. From the very opening moments we get a ball at the palace and a musical number turned dance routine that leads us to the story of how the Prince became cursed. Compare that to the animated version of the film where the tale of the Prince becoming a beast is told to us via the imagery on stained glass windows in a time span that lasts less than a minute. Here, everything is given more time and attention and that’s really what makes this movie it’s own, special thing. This is not in any way to say that the live action version is better than the original, (it isn’t,) but simply to say that it does find interesting ways to be its own thing.

Following the ballroom number, we move into the town with Belle (Emma Watson, from the Harry Potter films,) doing her “Little Town Waking Up,” song. It’s pretty much right out of the animated version, and nearly as much fun. This is where we realize for the first time that the movie is really going to deliver when it comes to all the classic songs and musical numbers. And why shouldn’t it? In the hands of director Bill Condon (Dreamgirls,) this guy knows how to stage a musical. He’s the perfect fit for this film, and he knocks every musical number out of the park, (just wait until he gets to Be Our Guest!)

The story follows Belle through the town where people are angry and uncomfortable with her, simply for being a woman who reads. She tries teaching another girl how to read and gets in trouble for it. She invents some sort of spinning in a bath laundry machine, and people are upset. And she has to deal with the flirtations of the ridiculously persistent Gaston (Luke Evans.) On top of all that, when Belle goes home, she finds her father, Maurice, (Kevin Kline,) making and painting things and trying very hard to not talk to Belle about her mother. Belle asks questions and her father hides from the answers. All of this will come into play later on.

Maurice leaves town to go on his trip. In the animated movie, he’s going to some sort of inventors fair. I’m not sure that that point is made very clear in this film. Belle asks him to bring her back a rose, which apparently is her usual request. The rose plays a part of this movie in so many ways. It’s what her father “steals” that will get him locked up by the Beast. It’s what her mother used to ask Maurice for when he would go in his trips. And also, it is the gift that was offered to the Prince at the start of the film, by an old woman who would turn him into the Beast. A rose now sits in a holder in the west wing of the castle, dropping pedals and controlling the fate of everyone who lives there. When the last pedal drops, the Beast and all who serve him (who are now living pieces of furniture instead of people,) will be stuck in this form forever.

So Maurice sets out to the castle and gets chased by a pack of wolves. That enemy will come back again later and be the force which gets Belle to start softening up to the Beast. For now, however, it leads Maurice inside, where he is thrilled to find a warm place to take shelter and a tasty and extravagant meal. Only as soon as his tea cup starts talking, Maurice bolts for the door. Really? So he’d rather take his chances with the wolves than with a little talking tea cup? Maybe it should have been catching a glimpse of the Beast that drove him to run. At least then, like the wolves, it would have been an actual threat.

Maurice leaves the castle, steals a rose, and becomes the Beasts prisoner. His horse returns to town, and Belle takes the horse back out in search of her father. This horse brings her right to the castle. She ends up trading places with her father and staying in the cell while her father goes free. Now Belle is the prisoner of the Beast and all of the furniture and decorative items in the castle are crossing their fingers hoping she’s the one who will break the spell. If you think about it, this movie and The Little Mermaid, where Sebastian was trying to play matchmaker in order to get the couple to fall in love and break the curse, actually have a lot in common. Here, it’s all of the furniture items working together that really help Belle out.

There’s that fantastic “Be Our Guest,” number in the dining room, with the kitchen-ware coming to life in an amazing performance, and then the moment when Belle sneaks into the west wing and is screamed at by The Beast. She runs away, meets the wolves, and the Beast saves her. Only it takes a toll on him and Belle has to bring him back to the castle and take care of him. That leads to the start of their feelings for each other. All of this is told with humor. Some of it is in the original, animated film, (the drinking soup out of a bowl, and his throwing of a giant snowball at her,) and some of it was made specifically for this film. The Le Fiue character might have been in the animated movie, for example, but as played by Josh Gadd in this film, the humor surrounding him all seems pretty new. Gadd is the perfect fit for the role, playing the comic sidekick in a PG friendly Disney way like only he can, (he also played the snowman Olaf in Disney’s mega-hit Frozen.)

Other than the humor and good-natured energy packed into this movie, what also works is its attempts at originality. A story about Belle’s mother, for example, and how the woman got sick in Paris and died of a disease, is kept just long enough to keep us interested. It’s a welcome addition, because it does add more to the story without completely rewriting it the way that Russell Crowe’s Robin Hood movie did. This movie keeps to a quick and exciting pace and doesn’t let anything, including additions to the story, get in the way of that.

Beauty and The Beast, the live action version, works. Nobody (including Gadd,) is a standout, but that’s okay. This movie isn’t about the performances. It’s about the beauty and aesthetic. It’s about the energy and liveliness and tone. And all of those elements hit their mark. Every actors on screen here, from Luke Evans as Gaston to Kevin Kline as Belle’s father, Maurice, is pretty good. But the takeaway is definitely the visual element. Computer effects are used not only to polish the look of the film, but also to bring the Beast to life in a way that feels right for this time period. Other live action Beauty and the Beast films have been made before, always with the guy playing the Beast being an actor in makeup and a mask. Not this tine, And the new take on The Beast, as well as any new additions to the story, are a welcome surprise  here.