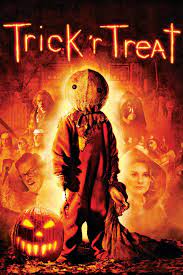 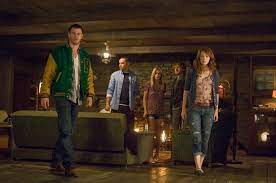 The Best Movies to Watch during the week of Halloween:

It’s that time of year again. For those who like frightful treats of ghosts and goblins, and things that go bump in the night, this is it. One or two weeks of pure fun, with houses all decorated and scary things on display. For movies, many look to the scariest or most classic horror films of all time. From Psycho to the Exorcist to the Shining. But Halloween movies should be snd are a little different. These are movies that represent not just usual scares, such as serial killers and monsters, but instead feature elements of the holiday as well, and what makes this one night so much more special than all others.

An anthology of connected stories about Halloween, all taking place in one town on one single night.

This one is all about Halloween. It is about the customs and traditions. It is about the dressing up and the parties. And by giving us five different stories, it covers the gamut of possibilities, from zombies to werewolves to murderers. The stories aren’t especially great on their own, but the way that each one connects directly into one or two of the others, so that the really feel like they are all happening on the same night, is pretty brilliant. This is a fun, smart, and very creepy movie, that really embraces the traditions and “rules,” of Halloween.

Five college students take a weekend trip out to a cabin in the middle of the woods, only to find out that they are being targeted by a huge network of monsters as part of a ritual game.

While the first half seems like the usual kids being stalked in a cabin movie (like Cabin Fever,) the second half is what makes this movie perfect for Halloween…we get every monster and creepy character you could think of, all part of the same network of interconnectivity.  And they are all attacking at once. Now, this is not just one quick moment, but actually an entire act, featuring a building filled with monsters and a corporate version of making these monsters operational. It’s funny and scary at the same time, and very creative.

3.) THE NIGHTMARE BEFORE CHRISTMAS

An animated movie about a town where it is always Halloween. One night the protagonist, Jack Skellington discovers a town where it’s always Christmas and decides he wants to try to celebrate Christmas too. He gets the whole town involved, but unfortunately things don’t really go according to plan.

The theme of Halloween is all over this movie, everywhere you look. On the downside, so is Christmas. But most of the movie takes place in Halloween Town and nearly all of the characters are Halloween themed. This one goes to town on a monsters and creatures and combines it all with humor. Unlike most movies on this list, The Nightmare Before Christmas is actually suitable for kids, which definitely goes a long way.

A woman marries into a wealthy family, only to learn on her wedding night that the family has a tradition of playing a game with the new member. In her case, the game is a version of hide and seek that involves some hunting down and killing.

The games element and evil spirits situation. The movie is basically a hunt inside and around a mansion, and that setting is fantastic. So is the creepy music that the family plays when the hunt begins. But as we learn more about the spirit who possessed the house, the real spooky Halloween elements come into play. Like Cabin in the Woods, (number two on this list,) there’s no specific call outs to Halloween here, but boy are the elements, scares, and spirit of the holiday there.

A town that is terrorized by a serial killer who dresses in a black robe and a ghost face costume, and calls his victims over the phone asking them to play a game with him before he attacks.

All of the horror movie references make this one very meta. They don’t just reference and dissect the elements of horror movies, but call out the actual horror movies they are making reference to as well. There are as much discussions about the movies as there are about the staples of the genre. But there’s also the small town being stalked by a killer plot, and this killer certainly dresses up as if it’s Halloween all the time. The climax during a one night house party is where this movie rally reaches its apex and feels like a Halloween night kind of situation, even if it’s not actually Halloween.