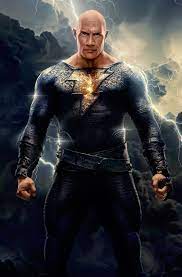 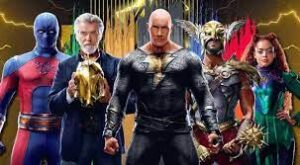 the Terminator humor – learning to be cool – need a catch phrase – “ tell them that the msn in black sent you,” be careful with your choice of words

Too much CGI, none of the action feels real. Were there any actual stunts done? How far have we gotten away from practical action movies. Other than John Wick.

The opening about finding Eternium, Guy getting killed who asks to be payed.

van in the desert, cave, find the crown floating in the air, should have been a buried find… why make everything unbelievable? Could have been a real moment of discovery

A whole bunch of armed mercenaries show up. Attack the group of researchers and treasure hunters. Black Adam awakened. Fights them. Then outside the cave, in desert, continues fight

the Justice Society of America (JSA) something called in… they already have the Justice league in DC. Why another Justice thing?

an uninteresting villain. Similar to Wonder Woman’s end, only there yiy were hearing about Ares the while movie, just never saw him. And there, at least Ares was played by somewhat of a name actor (David Thewlis.)

Too much slow motion, feels very much like a Zack Snyder movie. Only Snyder is sn artist. His images are like paintings (when he does it right, like in 300.)

no humor. Very much like the older DC films that started out the DCEU…more Batman vs supermen than Shazam.