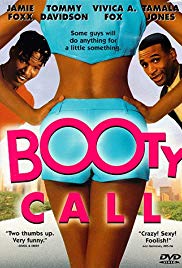 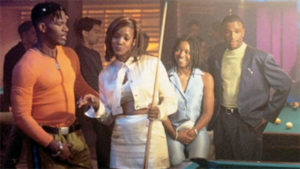 The premise is simple enough, and some of the jokes are funny, but the storyline is so stretched out that it really seems like there was very little of an actual story there to tell.

The idea is simple enough. Two bachelors go on a double date with girls they plan to hook up with. The date lasts the entire night, as the characters go from place to place. And all of that would have been enough and would have actually worked if some interesting things actually happened at the places these characters went. Instead, after the Chinese restaurant where they meet up, every location is a one joke flash of in and then out, to the next spot. By the half-way point, we are already at the girls’ apartment, for the end of night activities. And that leads the movie to have to drag itself on, repeating the same jokes again, getting stupider and stupider each time. The boys are sent out to the store on three different occasions because they keep coming back with the wrong thing. That’s when you know you’ve run out of ideas. The first half of the movie works, but by the second half, you can just feel them wasting time every chance they can get.

Booty Call is one of those movies that just has too thin of a premise to last for an entire film. This is the kind of story that could make for a thirty minute episode of TV, but not much more. And as such, the first half of the movie is actually pretty good, but by the time the second half rolls around, the story is clearly just trying to stretch itself out as much as possible. And that’s where this thing falls apart. Let’s put it this way… Our two protagonists, Buns and Rushon (Jamie Foxx and Tommy Davidson,) end up making three different trips to the convenience store, having to constantly go back because they keep getting the wrong thing. Talk about repeating yourself. That’s where this movie ends up in the second half.

The premise is that two guys are going out on a double date with two girls, and are both of the guys are hoping to get lucky. That’s it. To add a little bit more context, one of the guys, Rashon, has been dating one of the girls, Nikki, (Tamala Jones,) for seven weeks, and they have not had sex yet. So he’s really hoping that tonight is the night. And that’s it. That’s the whole story. What’s surprising is that for a story that is simply about wanting to hook up for a one night stand, (at least in the case of Buns and Lysterine – Vivica Fox, the girl he’s trying to get with,)  this one actually manages to be a lot of fun. Until it stops being fun and becomes pretty stupid.

The way the movie pulls off an impressive first half is by taking our characters from one location to another to another, all in the interest of having us experience a fun date. I’m surprised there’s no scene at a midnight black-light bowling alley or an arcade with that hoops basketball game. But we do get a pool hall scene. This all starts out with the guys meeting up with the girls at a Chines restaurant for dinner. Then they go to a pool hall. Then they go to a dance club. And finally they go to the apartments of the girls, (of course the girls happen to live in the same building as each other, on the same floor… how convenient for the story. What is this an episode of Friends?) And each of these places is entertaining. The only problem is that some of the locations are more short-lived than they need to be. Meaning, to make this premise last for the length of a feature film, why not stretch out the events that take place at the different locations? Each location is basically used for one joke and that’s it.

At the pool hall, the joke is that Lysterine is wiping the floor with the guys at pool, taking all of their money. … at the dance club, the joke is that Rashon is a really bad dancer who thinks that he’s actually good. And you can only tell that from the expression on his face when he’s dancing. In other words, each place is just used for a very quick joke, and minimal dialogue. What if at one of the places, the crew witness somebody stealing or something and the girls want the guys to do something about it. And at first the guys are like “no way, none of our business,” but the girls call them cowards, and so the guys approach the guy who stole and tell him to put it back just so they could look good in front of their dates. Something like that. But this movie just wants to keep moving as fast as it can to get from place to place.

And this is the good stuff. These are the scenes that are fun, because at least they keep changing location and the guys haven’t won the girls over yet. So the dynamic of their relationships, especially Buns and Lysterine who seem to hate each other, is entertaining. Of all of these scenes, the meet up scene at the Chinese restaurant, is the only one that actually takes it time. The movie opens just one scene before that with Buns on the street playing dice and hustling the other guys, taking their money, and then leaving with Rashon. And now comes the scenes where Buns is asking Rashon all about Lysterine, and Lysterine is asking Nikki all about Buns. This continues all the way to the Chinese restaurant, where Buns is ragging on Rashon for going seven weeks without getting any action. Buns tells Rashon what he would be doing after seven weeks, and it is very different from Rashon’s situation.

That’s when the girls arrive. Lysterine does a double-take when she sees Buns and then quickly spins around and walks away. Nikki has to go after her and bring her back, and what Lysterine says, for why she is leaving, is pretty funny. She can’t believe Buns’ hair. She calls it Tarantula hair and says he looks like the Predator. But Nikki gets her to come back, and Buns spends the meal acting like a jerk. He even calls out both Rashon and Nikki for not doing it yet, after seven weeks. At one point, Buns and Lysterine bond over both being able to speak Chinese and over telling the waiter off. And then it’s time to leave and head off to the next spot.

That spot is the pool hall, where the boys get hustled. After that, it’s the dance club where Rashon dances like a fool.. And then it’s off to Nikki’s apartment for some cards. There were countless ways to make the pool hall and dance club scene longer, to give this movie a real night out, Adventures in Babysitting type of feel. What if the boys caught someone trying to slip something into the drinks of their girls? What if Buns couldn’t help himself from talking to other girls, and then Lyaterine gave him a taste of his own medicine by showing him how easily she could talk to and get the interest of guys? By rushing through these scenes, the movie paints itself into a corner. Here we are with half of the film still yet to go, and the characters are already at Nikki’s apartment. How do you stretch it out from there?

And so the card game begins, and the characters are all sitting without any shoes or socks on, at a table, and a game of footsie begins. Buns locks feet with Lysterine and the two of them are basically having sex with their feet. It’s pretty ridiculous seeing them practically orgasming, but also kind of funny, in a When Harry Met Sally kind of way. The jokes get pretty dopey from there, once the dog starts getting involved. First Buns and Rashon lock feet, thinking they have the foot of the girl’s on top of their own. And then the dog starts licking Buns’ butt. Now, what was he thinking, that Lysterine was down on the floor behind him, tossing his salad? Really? This is where the movie starts to get pretty juvenile.

It all leads to Buns and Lysterine going to her place to hook up while Rashon and Niki stay and Niki’s spot. And every time Rashon gets going, Niki has something else that she needs him to do. First, it’s that he doesn’t have a condom. Okay, that’s pretty reasonable. But it gets worse and worse from there. He and Buns go to get condoms, and they end up with sheep skin condoms. Niki wants latex. So it’s back to the store. Only that store is now closed, so they have to go to another one. Okay, latex condoms. Now it’s that Rashon doesn’t have Saran Wrap to use as a dental dam in order to go down on Niki. What? This is beyond ridiculous. Talk about beating a dead horse and dragging out a joke.

Thankfully, the guys do stand up for themselves after a while. They walk out on the girls after having been pushed too far, and feeling like the girls are just making fun of them. Granted seeing them both completely saran wrapped from head to toe is pretty idiotic and hilarious, but all the times they were made to go back to the store has taken a toll, and the guys have had enough. But that only leads to a really moronic climax where one character gets shot in the leg and another impersonates a doctor at a hospital, in order to get his friend into surgery. This sequence hits all the cliches including having the one character under anesthesia, about to go through a procedure where his balls are cut off, because the charts got mixed up, and another scene where the character impersonating a doctor has to deliver a baby. This is not very intelligent stuff. The original premise to this movie was kind of funny, but it just got stretched out way too much, by repeating the same jokes again and again. `