Why Christopher Nolan is NOT Such a Good Guy 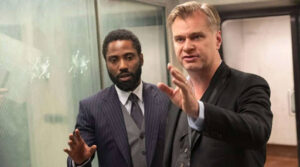 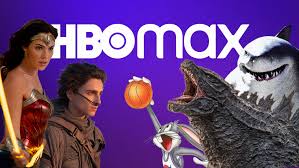 Chriatopher Nolan. Great filmmaker. Definitely unique.. What he did with the Batman series was absolutely incredible. Granted the third movie was just okay, but the first two were fantastic. Nolan has made really smart movies for two decades now, starting with Memento in 2001. He made Insomnia, The Prestige, Inception, and many others. He’s done time-moving-differently films four times already…Memento, Incepcion, Interstellar, and Tenet. And only with Tenet did the idea finally run out of steam.

But Christopher Nolan is not such a great guy. And here’s why. He has been working with the studio Warner Brothers for his entire career. And they have been great to him. So great, in fact, that they put his movie Tenet out in theaters during the Covid 19 pandemic, when no other studio was doing anything remotely like that. Big movies were getting delayed until the world was ready to reopen. Or they were going directly to streaming services so people could watch them at home. Only Nolan didn’t want that. He wanted a theatrical release and so Warner Brothers gave him a theatrical release.

As it happens, the decision was pretty selfish. They were asking people to risk their lives and go against the better judgement of authorities in the medical industry just to see a movie. And to see a lousy movie too, that it is impossible to understand on a first viewing. The first reason why Nolan is not such a great guy is because he insisted that this movie be dropped in theaters during the pandemic. The second reason is because he made the movie so ridiculously hard to understand. The music is so loud at times that audiences can’t even hear what the characters are saying. And Nolan doesn’t care. He doesn’t care whether audiences understand this movie or not. Now, it’s one thing to make a complicated movie, but it’s another to make that the movie you are asking audiences to go to theaters for during a pandemic – a movie that you can’t possibly make sense of without a second viewing or without the use of subtitles.

The third reason why Nolan is not such a great guy has to do with the HBO Max Streaming Service. So let’s back track a little bit here. When Tenet came out, in the summer of 2020, it did not do very well. It did fine overseas, but here in America, it got destroyed. That’a pretty understandable considering that theaters were not opened in big cities, like New York and Los Angeles. So it didn’t work. The Warner Brothers experiment of whether or not audiences would go see a movie if it was released in theaters turned out to be a bust.

At that point, Warner Brothers came up with a new idea. They took all of their upcoming releases for the next year and in one fell swoop announced that they would be releasing them all on the HBO Max streaming platform the same day that the movies were available in theaters. And Nolan, who has no new movie coming out at this point, and who this news does not affect in any way at all, decided he was going to turn on HBO and announce to the world that HBO Max is the worst streaming service out there. And this is reason three for why Christopher Nolan is not such a great guy.

Why would anybody go out of their way to turn on a studio that’s been good to them? And why would he be angry that other movies weren’t receiving the same kind of royal treatment that he and his movie received. The right word for how he should be reacting is appreciative. Now, understandably Nolan is a student of cinema and loves the theatrical experience. He loves using film instead of video, and he fought to keep film production companies alive. So from a technical point, you can imagine that he does have an opinion about what Warner Brothers is doing.

But it’s one thing to have an opinion, and it’s another to go out of your way to condemn the people who were so good to you. And here’s the kicker… the reason why Warner Brothers and their parent company, AT and T, decided to release all of their movies straight to streaming, is in large part because of what happened with Nolan’s movie, Tenet. In other words, he is directly the reason for this result. And perhaps that’s what it all comes down to… Nolan doesn’t want to be considered the reason or associated with this situation. And that’s why he’s upset. But Warner Brothers was more than fair with him, and his movie. And instead of accepting that it didn’t work, Nolan is now turning on the studio for what they are doing to other films, that in actuality have nothing to do with him. What a disaster.

On a positive note, however, what Warner Brother is doing with this movie is pretty fantastic. And in the battle between Warner Brothers and Nolan, it’s pretty clear who the good guys are. On the one hand, you have a studio that is trying to help people (understandably Warner Brothers is out to make money, and hopes this new idea will get people to purchase their streaming service,) but even still, it’s certainly a good move for the consumer. On the other hand, you have a filmmaker who insister his movie go to theaters during the worst time for that, and then turned out a movie that was intentionally frustrating to the audience, and way more complicated than it ever should have been. Nolan has got to rethink what he’s doing on this one. He doesn’t want to be the guy who cares more about the cinematic experience than he does about people’s safety. But at least Warner Brothers is doing the right thing, and most likely other studios will be following suit.