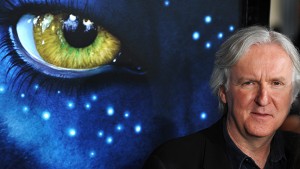 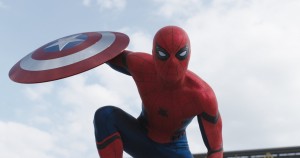 The same way Disney has D23, a celebration of all of the projects that the studio has coming up in the next few years, and superhero / sci-fi has Comic Con, there’s also a festival known as Cinemacon.

This year it was dominated by Sony, the studio that absolutely came in with the most footage and announcements. There was the announcement of the title for the standalone Spider Man movie. Spider Man: Homecoming. Sony also announced the title for the next 21 Jump Street movie. It’s going to be a crossover with Men In Black, called MIB 23. The crossover angle thing might sound dumb, but these Jump Street movies have been pretty flawless so far, and luckily the same cast is returning. That’s the positive. The negative is that the filmmakers behind those movies, Phil Lord and Chris Miller, will not be back for the third go around.

Jennifer Lawrence and Chris Pratt were there as presenters to show off footage from their new movie Passengers. This movie has an intriguing plot, about two people frozen in cryosleep in outer space who both wake up and are the only ones on a ship. Apparently one of them is awake and bored, and so he wakes the other one up. Whenever we, the public, get to see this trailer, I’m sure it will be a treat. Especially with this cast. But as of now, it’s just a situation where I want to know so much more.

Sony also announced Zombieland 2, The Equalizer 2 and that Stephen King’s The Dark Tower started filming (starring Matthew Mcconaghey and Idris Elba.) Of these movies, The Dark Tower is a property that has been in talks for years, and will probably be pretty cool. It’s certainly the best of the three announcements. And then there’s Zombieland 2. So long as they get the original cast back (or at the very least, Eisenberg and Harrelson,) it should be worth checking out. The Equalizer, on the other hand, I could care less about. There was another, much better, revenge movie last year, and it was called John Wick. That’s the movie with a sequel I am much more interested in seeing.

Speaking of which, in non-Sony news, Cinema Con also featured a trailer for John Wick 2. The movie takes place in Rome, and considering that the original film was so grounded in the city where Wick lived and just the single mob organization that he was taking on, I wonder what would bring him out of the country. It seems like a lot of effort from a guy who was all about making as little effort as possible, (at least in the first half of the film.) Maybe Wick is living in Rome now and they come to get him.

James Cameron announced that he is making four Avatar sequels. I feel like I’ve heard this kind of announcement, or rumors of it, from him, for years. Most people are unhappy about this, because they say four are too many. Of course these people are right, but the four thing is just a number. It doesn’t feel real until we actually see something. Hearing that a trailer for the next Avatar film was presented would have been much more interesting news. Regarding the four thing, Avatar was a pretty remarkable film, and if they really have four unique stories to tell about this planet, then why not? I’m done doubting Cameron. Nobody thought he could chance the tone of Alien when he made Aliens, and he came away with a much better film because of it. The same can be said about Terminator 2. Notice that the Terminator movies in the series that stink are the ones that Cameron wasn’t a part of. All of the ones that he wasnt’ a part of. Titanic was supposed to be a financial failure for two studios. It turned out to be the highest grossing movie of al time. Until Avatar came a long and beat it. So, yeah, Cameron can pretty much do whatever he wants right now. I have nothing but faith and confidence in the man. At least until he has his first misfire. I’m willing to give him the benefit of the doubt until then.

Other news is that Ben Affleck is officially directing The Batman (not necessarily called that,) and that Deadpool 2 has been given the greenlight.Both of those seemed like no-brainers, and like we were just waiting for them to be announced. Affleck is a great filmmaker, from Gone Baby Gone to the Town to Argo. If he can somehow capture a little bit of what he was doing with The Town in his Batman movie, making it a gritty crime movie, then we might get something pretty cool. People said The Town had tones of the movie Heat to it. They also said that about The Dark Knight. If Affleck can get that kind of tone going again, then we are in for a treat.

FInally, the last bit of news is that the new Baywatch movie, starring The Rock and Zack Ephron, will be rated R. So they are going after some of that 21 Jump Street, R rated comedy money. I’m glad to hear that. While I have little interest in a Baywatch movie right now, an R rating should give it a little boost. It’s another movie that we really need to see a trailer or clip or something for, before determining if it actually has potential.

The two films that we should be seeing something from soon are Passengers and John Wick 2. The trailers or footage for these films is out there, so it’s only a matter of time before they reach the public. Everything else is pretty much a series of announcements. None of them is mind-blowing, and the Cameron – Avatar one is probably the most interesting. Most of these films are so far down the line that it’s tough to get excited for them now. Other than Passengers and John Wick 2, the other movie that we should see something from soon is Baywatch. For me, I’m looking forward to checking out these trailers and getting a better sense about the films.