DC Fandome: The Next Evolution 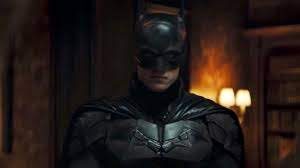 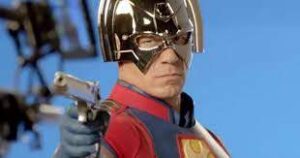 DC is back in the game! Officially. We knew we were headed in this direction about two years ago, when the studio had back to back success stories with both Aquaman and Shazam. It was the winter of 2018 and then the spring of 2019. And everything that DC had done before this, which fell apart (Batman Vs Superman, The Justice League, and Suicide Squad,) was out the window. The studio was taking a new approach, making their movies lighter, funnier, and not so focussed on connecting to each other. And it was working. Each individual movie was fun and unique in its own way.

And then the Corona Virus hit. Covid 19. And DC as well as the rest of the world, sort of shut down. This was a period of hall a year. Six full months – March – August of 2020. It meant a hault in all production that was going on around the world. It also meant a delayed opening for Wonder Woman 1984, as well as every other movie that was slated to come out in theaters during the summertime.

And now, it’s the end of summer, and DC studios has found a way to drum up excitement once more. DC Fandome, an online event featuring all sorts of panels and presentations to get fans excited for the upcoming DC movies. Disney has their expo each year with D23. That’s where Marvel shows off their stuff. Both studios generally make it to Comic Con. And now DC has an event of their own. And this year, with the launching of DC Fandome, the studio has brought a whole bunch of things to get us excited about what’s coming in the near future.

The four biggest events and footage brought comes from Wonder Woman 1984, The Suicide Squad, The Batman, and the Snyder Cut of Justice League. Four big trailers / footage reels. That’s pretty big. That’s about as much as you could expect to come out of a comic con. Let’s look at what they gave us…

First, and foremost, this one gives us the main thing missing from the other trailer and clips… a real look at the villain. Cheetah, played by Kristin Wiig. It doesn’t come until the end, and it’s the big reveal of the trailer, but that’s fine, because the whole trailer seems to lead up to that. This trailer is basically about Barbara (Wiig’s) evolution, as much as it is about anything else. We see her looking like a misfit in the beginning, (which basically means she has glasses and isn’t dressed especially exciting.) Then somewhere in the middle of the trailer, she has lost the glasses, is dressed much more like a punk rock star, and apparently has powers, as she begins to fight Wonder Woman. Finally, at the end of the trailer, she’s a full on Cheetah woman. Aside from that, the movie features a quick look at the Amazon games, which supposedly opens the movie. It features some voice over by Pedro Pascal about how he has a product that can change people’s lives and make them everything they ever dreamed they could be. And it features Chris Pine returning as the love interest, even though he died in the last film. I’m guessing he’s just there in spirit, like a presence that only Diana (Wonder Woman,) can see. And clearly Pascal’s product is what alters Barbara and turns her into the Cheetah. I’m guessing the final look of her, where she appears more animal than human, was never meant to happen and is an unexpected side effect of whatever she took. Overall, the trailer looks good. The movie looks fun, and a hell of lot lighter than the original.

Wow, this definitely looks cool! Of course Batman Vs Superman looked cool, and then Zack Snyder turned out a pretty bad movie which was more silly… “Martha,” then it was smart or creative. Then Justice League came out, and people blamed Snyder for it as much as they blamed Joss Whedon, who replaced him mid-way through production on the movie. But somehow, Snyder got the narrative across that the released version of Justice League was not his movie and that he had so much footage he shot which was not used, there was a whole other movie out there. That become something that fanboys ranted and raved about and demanded as much as possible, and now we’re going to get it… the Snyder Cut. And the trailer looks pretty great. Snyder has always been an artistic visionary. He’s made as many bad movies as he has good ones (good: Dawn of the Dead, 300, Man of Steel. Bad: Batman Vs Superman, Sucker Punch, Justice League – although, now apparently that’s no longer considered a Snyder movie.) So, we’ll have to see about this one. Snyder’s trademark has always been dark seriousness with no sense of humor. It worked for 300 and Man of Steel, so hopefully it will work here as well.

Like Justice League: The Snyder Cut, this one looks pretty cool, but who the hell knows? It’s by director James Gunn who did an amazing job with the first Guardians of the Galaxy movie, but then a just okay job with the sequel. Gunn is all kinds of crazy as a director, and for the most part he’s pretty good. His first foray into superhero movies, Super, was dark as hell, but also pretty comical. And based on the first Guardians film alone, there’s no question he is uber-talented. The issue here is that it’s Suicide Squad. Not exactly a hot property or one that’s easy to make good. They already tried, with the first film, starring Will Smith, and what a mess that was. The footage here is more of a behind the scene documentary than a trailer. But it shows enough. The cast and costumes look great. But the trailer also has a sort of Mystery Men / Kick Ass 2 feel, showing these guys who don’t really have superpowers and dress in some pretty ridiculous looking costumes. And then there’s Gunn saying this is by far the biggest movie he’s ever made. How is that possible? These characters are on earth with no superpowers. How can that be bigger than the Guardians movies which were set in other worlds, up in outer space? Either way, Gunn is a great director, and you really couldn’t have asked for anyone better to be making this movie.

Now this is the crown jewel. This is the only movie on the list that is not a sequel of any kind, but a completely rebooted property. Here we have a whole newly imagined Batman, a new Riddler, a new Penguin, a new Catwoman, a new Commissioner Gordon. You name it. And the trailer looks fantastic. From the opening moments with the sounds of duct tape being stretched and pulled as the DC logos appear. This movie looks incredibly dark and intense. Clearly there’s a mystery. Clearly there’s corruption. And  clearly it reaches high up, connecting to Bruce Wayne’s own family. Director Matt Reeves (Cloverfield, and the last two Planet of the Apes movies,) is the man helming this one, and he has thrown in nearly every villain he can think of. Normally that’s a recipe for disaster (it’s one of many things that sunk the Joel Shumacher Batman movies as well as The Amazing Spider Man,) but there are definitely ways to do it right. Spider Man Homecoming featured a bunch of villains, mostly in tiny roles with the promise for more in the future, and Batman Begins did the same. This movie looks dark on the same level as that one. Hopefully it handles all the villains intelligently and delivers. And as far as trailers go, this one is pretty good.