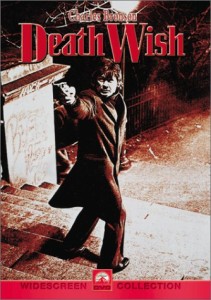 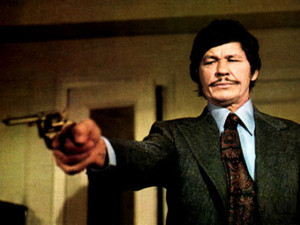 A pretty cool movie that doesn’t hold punches when it comes to street violence, and also doesn’t waste any time

A good movie, but not for the reasons one might expect. The action and vengeance is all very routine. It can’t hold a candle to the kind of action and choreography we get in a vengeance movie today, and boy do we get a lot of them. But the story of this man transforms, after what happens to his sister, and how he becomes the bad guy, is pretty cool. The police investigation is given prime placement in this plot, and its kind of neat seeing things for their side and realizing that they have their own hidden agenda. The movie works in terms of what it says about society and the police and this time period in Manhatten, and stuff life that. The action could have been a little better, especailly in terms of the choices of location (which often repeated.) Still, the story, and seeing it from two sides, is the main thing thats drives this movie through, and keeps it compelling.

Death Wish is the movie that made Charles Bronson. It’s also the movie that inspired a whole ton of sequels for him and gave him what was really his only franchise. Consider Bronson like the equivalent to a Danny Trejo type. Bronson is not actually hispanic, but he sure as hell looks it. He’s an actor who was kicking around taking decent parts in ensemble films for some time before this. There was The Magnificent Seven, The Great Escape, and the Dirty Dozen. It’s quite a resume. The only thing missing off that list is the Guns of Navarone. But then Bronson broke away from the ensemble film and tried his hand at a western with Once Upon A Time In The West. He wasn’t necessarily the star of the film (it was a Henry Fonda vehicle,) but Bronson got second billing, and the movie was a masterpiece. It is still on of the best westerns of all time. And that’s when Bronson knew he was ready to go it on his own. Death Wish was the movie that did it, and it’s the movie that put him over the edge and launched him into A list status.

Compared to vengeance movies of today, Bronson isn’t really anything special. There’s just another set of revenge action movies every year or so. Most recently it was John Wick and The Eqaulizer. And there is no way that the action of Death Wish can even compete with what is on screen in those movies. As time goes on, choreography, camera work, and stunts get better. Now, what a human being can actually do with his body doesn’t get better, which is why actors like Bruce Lee, Jackie Chan, and Jet Li and even Charlie Chaplin and Buster Keaton for that matter, still measure up against the best of what we’ve got today (like Tony Jaa.) But when its just gunplay and that sort of thing, what they were able to get away with doing in the seventies just can’t compete.

That’s okay though, because Death Wish finds its footing and originality in other ways. These include the police investigation, the societal implications, the way the public embraces this vigilante because of how bad crime has gotten, and the behind the scenes police reaction to everything. All of that is incredibly interesting, and this movie makes it work by showing us the police storyline almost as often as it shows us the Paul Kersey (Bronson) storyline.

Another thing interesting, that really only makes sense after the ending of the movie, is that Kersey is basically the bad guy. He’s the guy who the police are pursuing. They are not pursuing the men who raped his daugther and murdered his wife. You would expect those characters to be an important part of the movie down the line, as the main villains, but they are not. Kersey is. The movie is about Kersey vs the streets and the police vs Kersey. That’s another way that this film stands out when compared to other vengeance movies.

The movie knows how to do a succinct story without wasting any time. It opens on a beach with Kersey and his wife away for a vacation, but quickly gets them back to New York where Kersey gets told about all the crime that happened while he was away. The city basically fell apart, to the point where colleagues at work are quoting crime activity statistics to him. And it’s not as if their work is somehow related to this. They are in real estate. The point of this is to show that Kersey has a “give the bad guys a little break,” attitude, and boy does that change.

We follow Kersey’s wife and daughter the next day as they order groceries and ask for them to be delivered. A gang of three hoodlums are watching them at the store and decide to snatch the address out of the grocerey bags. They then go to the location and break in and attack the wife and daughter. Kersey gets  a call from his son in law to go to the hopsital and that’s where he finds that his wife has died. His daugther is still alive, but she is in terrible shape, and can’t even talk to her husband. She can’t function at all, and is an absolute mess.

You would think that Kersey would just get a gun and take to the streets at this point. Especially after a detective tells him how unlikely it is that they get the guys. But instead, Kersey goes away on a business trip. I said earlier that this movie doesn’t waste any time, and it doesn’t. The business trip leads Kersey to a gun range with a client, and then the client gives him a gun as a gift. So the trip definitely serves a purpose. And now Kersey comes back to New York and starts kicking ass.

He gets robbed or attacked a crazy amount of times. First its on the street. Then in Riverside Park. Then there’s an attack in an alley that Kersey witnesses and jumps in on. After that there are two separeate attacks on subway trains and stations. And finally its back to Riverside for an attack against a group of guys. I like the amount of shoot outs we get here, but the movie could have definitely been more creative with its locations. I suppose it was trying to be realistic, and these are the places where attacks really happen, but they could have tried to find others. Maybe under an overpass or in an abandoned playground at night or something. Even in Central Park. For the amount of times he goes to Riverside, one scene in Central Park might have been nice too.

I like the way Kersey doesn’t ask questions, or try to talk to his attackers, but fires first. It shows his anger in a realistic way, where this man is probably thinking about what happened to his family every time he gets held up. Still, these scenes do start to get repetitive. Especially with so many of them in the same locations. It’s the police and DA story that becomes the most interesting. The DA doesn’t want Kersey caught for a number of reasons. First of all, knowing he’s out there is starting to scare the criminals. The crime rate is down and that’s great for the city. Secondly, he doesn’t want Kersey to become a martyr and stand for a cause that people can get behind. But at the same time, he does need it to stop. They can’t just let this guy go around killing people. And so they come up with a clever solution.

The ending might feel a little anti-climatic at first. Especially in terms of what happened to the men who attacked his family. But remember what I said earlier. These men are not the villains of the film. Kersey is. That’s one way that this film tries to be unique. The action is nothing special, although it certainly tries, but its the story and way that the police handle their investigation that is so interesting. Death Wish is a movie about a time in New York, where things were at their lowest, just the same way that a movie like Taxi Driver was. It gets the music and atmosphere just right, really capturing that seventies vibe. If only the plot took a few more changes in terms of the action. In that area, this film is definitely lacking.