Disney Plus: Path to Success 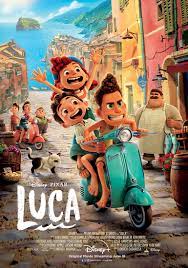 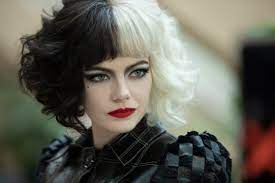 Disney Plus seems to have it all these days. Not only does it have the full catalogue of Marvel movies (more then twenty films,) but it keeps turning out original Marvel shows, based on the characters from the movies. Plus, it has really taken full control of the Covid 19 Year – the Pandemic, in a way that not only keeps turning out more and more movies, but keeps turning out works of high quality.

Let’s put it this way, the only other studio / steaming service doing as good of a job right now is HBO Max, only their movies are guilty pleasure films..Godzilla Vs Kong, Mortal Kombat, Space Jam – fun movies, but nothing especially memorable. Now compare that to Disney Plus, whose monies are actually upping their game, getting better and better.

In the past year, Disney has put out exactly three animated movies… Onward, Soul, and Raya and the Last Dragon. All three were fantastic, with Raya perhaps being the best of the bunch. And that trio of films matches any yearly output of three movies that Disney has ever had. It matches any run. Now we’re not taking about the nineties golden age of the elite four (The Little Mermaid, Beauty and the Beast, Aladdin, and the Lion King,) and the reason why we’re not taking about that is because it took Disney five years to make all of those movies (1989 – 1994.) The three we’re talking about all came out within the same year (March 2020 – February 2021.)

So it has been quite impressive to say the least. Especially when you consider that Disney Plus isn’t just giving us those, but also living it up with live action films. First we got Mulan and now Cruella, both of which are pretty great. Every one of these movies is a success. Back to back to back. That’s a better track record than Marvel had when they started (Thor: the Dark World anyone,) or even still has today (Ant Man and the Wasp.)

So how has Disney Plus done it? The answer is two fold. First, they pulled off this miraculous feat by hitting us with a three pronged attack. Animated movies, live action movies, and original shows. Two of those three were based on already existing content…characters that we already knew or knew of, IPs that we were familiar with. Those would be the shows (based on Star Wars and Marvel characters from the films,) and the live action movies, based on characters from classic animated movies – basically retelling or reimagining of the characters and stories in live action form. And then there were the animated movies, our trio of original films in every way.

So the first part of the two fold attack was to hit us with tons of content – almost all of which was great…of the eight things released (three animated movies, two live action movies, two Marvel shows, and one Star Wars show – The Mandolorian Season 2,) only one wasn’t up to par – The Falcon and the Winter Soldier. That means Disney Plus has so far gone seven of eight, which is pretty freakin great.

But the second part of the two pronged attack has been to release it all straight to streaming. Now some of it does come with an extra charge, which is unfortunate, but I guess Disney needs to get their money back somehow,  and the streaming service alone isn’t cutting it. Still if you’re willing to pay for some of it (30 bucks to own some of the movies, others for free,) everything is available to stream. Everything.

And so the wheel keeps on spinning, and Disney Plus keeps releasing more. This month of June, alone, will give us two new major additions… the animated film Luca and the Marvel show, Loki. And next month, July, gives us Black Widow, the first Marvel feature film released directly to the streaming service. There are other studios like Netflix that put out just as much, if not more content, but the thing about Disney Plus is, it’s all pretty great. Quality definitely surpasses everything else, and Disney Plus is the streaming service to prove it.

Raya and the Last Dragon

Falcon and the Winter Soldier