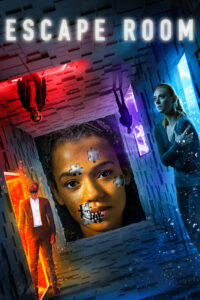 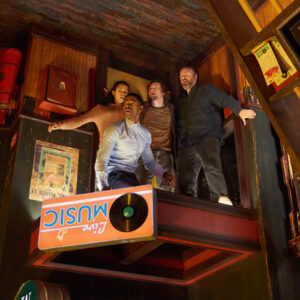 Saw meets Cube meets Cabin in the Woods, this movie is creative and fun, even if it is also kind of B level dopey in terms of characters and dialogue.

This is an okay movie. It’s a horror movie without the horror. That means it’s a suspense film where people do die, only there’s no blood or anything that would deem it worthy of an R rating. As long as the premise is good, that’s pretty cool. After all, it’s the ideas that make a movie scary, not the blood. And here, the ideas are just good enough. A group of strangers is brought into a building by some company offering to put them through an escape room contest. The only catch is, the rooms are deadly. And so we get a house of traps kind of situation. The characters and dialogue are far from great, but it’s the rooms that people come to this movie for, and for the most part they’re pretty good. In the tradition of Saw or Cube, or any other house of traps movie, this one is pretty decent.

Escape Room is a fun movie. It’s a horror movie that plays out more like a thriller than anything else, which really just means the movie is rated PG-13 as opposed to R, and goes for scares more than blood. It’s tough to make a horror movie with a PG-13 rating. To do that, a film needs to be smarter and more creative than the usual horror film that can rely on graphic imagery to help it along. With Escape Room, the characters and the dialogue aren’t exactly smart, but the story itself, and even more importantly the traps, definitely are.

Like Cube, a lot of this movie depends on keeping the premise as simple as possible. Six strangers are all brought into a single location and trapped there, forced to figure out ways from one room to another, and navigate an elaborate maze of traps. There are puzzles and clues around every corner, and it’s pretty tough to figure them all out on a first viewing, and understand or remember exactly what the characters did, every step of the way. What is very memorable, however, are each of the different rooms and settings these characters find themselves in.

The movie opens with one character in one room. It’s Ben stuck in a fancy, mansion-like library room complete with bookshelves, working fireplace, and everything. Ben searches the room for clues, and suddenly the walls start caving in and crushing him, exploding different objects in the room more and more as they push together, squeezing and breaking everything in its way. This is a cool opening and it leads us into a title card that says three days earlier, and introduces us to two other characters.

These characters are Zoey and Jason (played by Jay Ellis,  better known as Lawrence on HBOs show Insecure.) We join each of them in their daily lives as a mysterious box comes across their paths. It’s three characters in total, including Ben from the beginning, who we are seeing now. Ben works in the back room of a grocery store and speaks to the owner about moving up to the front of the store. The owner tells him that having Ben out in the front could be bad for business. This only makes us more curious about why.

We meet Zoey at school, as she sits in a college lecture hall, and refuses to raise her hand when she knows the answer to a question. She leaves the class and is confronted by her professor who tells her he knew she had the answer, and she needs top stop being so afraid. And then there’s Jason, the suave playboy businessman dressed in suits and ready to take the world by storm. He has a coupe of quick quips about how great he is, which really demonstrates his arrogance. And then he is given one of those boxes, and sits down at his desk to begin working on trying to open it.

There is a pretty cool montage of the characters figuring out different parts of the box, and all getting it opened at around the same time. And then it’s onto the game itself, with these three characters, as well as three others being brought to a building and told to stay in a waiting room until further notice. When Ben tries to go out for a cigarette and breaks the door handle, the characters start to realize that they are already in the escape room. There are three new characters who join the trio in the waiting room, putting our total number of characters at six, and onc of these newbies is an escape room expert. He’s been in tons of them before, voluntarily, and seems to know what he’s doing. And so he leads the group into an investigation of this door knob, which turns out to be an oven dial of sorts and turns the entire room into a giant oven. This all happens because Zoey finds the book Farenheit 451 and turns the dial to 451 degrees. Then the dial locks in place and the characters are stuck.

They do make it out before the entire room turns into one giant fireball (which does happen, right after they leave.) And now the group is in a cabin, using reindeer heads that hang on the walls to figure out the next clue. After that, they are outside (seemingly,) on the freezing cold ice, trying to share a jacket and stay warm. Are they really outside or is this all an illusion? The characters ask the question, but never really get an answer. And with this scene they have gone from burning (in the waiting room oven situation,) to absolutely freezing on the ice and facing hypothermia. Not to mention ice that cracks below their feet and drops them into the water below.

After the ice room is an upside down room. Now this is the coolest room in the movie. Not just the upside down features, but the way that the floor falls out below them into an endless dark hole. By this point, we have learned the secret of the characters, or the commonality for why they were all picked. It isn’t anything elaborate, but it’s enough. They all have something in common which makes it so that they would have never known each other or crossed paths, and yet something similar has happened in each of their individual lives.

The upside down room is not only the best room in the movie, where a character actually hangs over the hole from something on the ceiling, but it’s also the last good room. After that, we get a sort of optical illusion spinning around weird art room, and everything kind of starts blurring together with little distinction. At this point, we are basically at the end. And this movie does not have a very good end. For a film that hit just enough of the right notes, mixed in with some of the wrong ones, throughout its duration, the ending “reveal,” or villain isn’t really much of a reveal at all.

Escape Room is ultimately a fun movie. It isn’t great or revolutionary in anyway, and to have a sequel made so quickly, (yes, there is a follow up film released two years later,) puts it in the category of something like Happy Death Day and its sequel, Happy Death Day 2 U, which means it runs the risk of being just a chock by the numbers, quick turn around and not very good movie. Is there any reason to think the sequel will be better than the original? Probably not. And the original isn’t exactly great. But it’s fine, and somewhat enjoyable. Without giving spoilers away, its first two deaths are right out of the movie Cliffhanger. Which is fine. But the movie definitely could have found ways to get more creative, especially in terms of its ending, and didn’t really make the effort to do so.