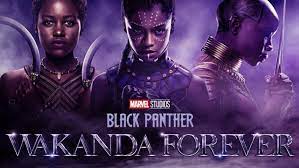 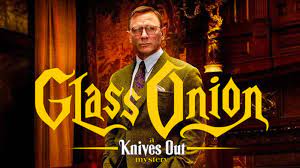 The second half of 2022, a season of mysteries. From See How They Run in September to the Menu in November to Glass Onion: A Knives Out Mystery in December.

It’s been a pretty rocky year so far. Sure there have been some fine theater movies, such as The Batman, Nope, Top Gun: Maverick, and Elvis. And there have also been a couple of good straight to streaming movies, I Want You Back and Chip and Dales Rescue Rangers. But right now we are coming off the worst summer at the movies in a really relay long time. Everything worthwhile, other than Nope, came out in May. That left us with three full months of garbage. The action movies that looked like they had promise (Thor: Love and Thunder, Bullet Train,)  turned out to be major disappointments. And that leads us here, into the Fall.

Luckily, here in the Fall, it looks like things are about to pick up. Starting in September, things are off and running, with the early release of Pinocchio on September 8th. Here’s the rundown on these movies…

Directed by Robert Zemeckis, the wizard behind the Back to the Future movies, Forest Gump, and the Polar Express, this Tom Hanks movie is a Disney Plus streamer. Reviews aren’t very good, which might explain why it did go straight to streaming instead of getting a theatrical run, but for curiosity reasons alone, this one might be something to check out.

SEE HOW THEY RUN

Starring Sam Rockwell and Saorise Ronan, this one is a murder mystery taking place on the set of a play during the plays rehearsals. It’s a who dunnit featuring a list of suspects, and of that recalls Knives Out, there’s a good reason for it. That movie (which has a Netflix sequel coming out in December,) has spawned a couple of copycat films, and an inspector and his constable come to investigate in this

The premise, about a character from the future coming back in time over and over again to rework a date or relationship seems interesting, but it also seems familiar. Is this the Groundhog Day romantic comedy version (because Groundhog Day already was a romantic comedy, itself.) But by now we’ve seen so many other versions from the action version (Edge of Tomorrow,) to the horror version (Happy Death Day,) to the sci fi romantic version (Palm Springd.) Let’s see where this new Pete Davidson version fits in.

With s cool title and likable cast, this movie still looks way too familiar. Whether it’s a take on the Stepford Wives or the Giver, clearly this is a movie about a society where everyone is mind controlled or brainwashed into thinking they’re happy, so long as they stay within the rules of the system.  We’ve definitely seen it before, but it could still be entertaining if handled right.

De Armas is an incredibly likable star who has definitely proved herself, in terms of what she adds to movies. From Knock Knock to War Dogs to Knives Out to the final Daniel Craig Bond movie, she’s been a great addition to anything she’s been in. The problem is, with Blonde, she’s not an addition. She’s the star. That will probably make a difference. On top of that, we’ve seen plenty of Marilyn Monroe movies before, so let’s hope this one has something new to offer.

Its hard to look at a David O Russell movie without thinking of what a scumbag the director is. But that being said, he clearly has talent as a filmmaker, and has turned out some pretty great movies over the years, from Three Kings to Silver Linings Playbook. This movie does look right up his alley in terms of ensemble cast quirkiness (the last one of those he made was American Hustle, which was a lot of fun.) So most likely it will be pretty good.

The first of the fall superhero movies. The first superhero movie since Thor: Love and Thunder, which was a while ago at this point (early July,) it’s this one and Black Panther to round the year up, and this movie has the luxury of coming out first. Which means it will most likely be a hit. And it’s the pet project of the Rock, that he’s been working on for ages (he produced the Shazam movie, which is connected to this.) will it be good? Probably. It seems like Dwayne Johnson and Warner Brothers will be pulling out all the stops here to make this one the new franchise of DC (with their Aquaman, Flash, and Batgirl all in trouble, they desperately need this one to land.)

This romantic comedy is about an ex-husband and ex-wife who are trying to sabotage their daughter’s wedding, because they don’t like the guy she’s marrying or situation she’s putting herself in. So, despite hating each other, they team up. If there was an award for most predictable storyline, it would go to this one. Clearly the two parents will realize the error of their ways, and that they should let their daughter make her own decisions. Clearly the two parents will rekindle their romance and get together themselves. The stars are incredibly likeable, but couldn’t they have found something better to do together than this? The premise does have hints of  My Best Friend’s Wedding, which was a good and creative movie, but it’s doubtful this one will reach the heights that that movie did.

There’s a story here about two brothers and the tumultuous relationship between them. One of them hates the other. But the real story is that this is the movie that retransmit the cast and director of In Bruges, a classic cult movie that was boat loads of creative fun. Farrell, Gleason, and McDonagh all made that hitman black comedy together,  and based on that movie alone, one has to be curious about whatever the three of them have up their sleeves next. It should be a fun time.

Now this one will be cool. Seeing the way they deal with King Ta ‘Challa (Chadwick Boseman’s,) death, seeing the way they develop this n w group of people under the sea, the way they bring in Prince Namor, and who takes up the Black Panther mantle. This is the movie we are waiting for. That being said, the last time I said that was with Thor: Love and Thunder and the movie was certainly not as good as one would have hoped. So we’ll keep our fingers crossed, and see what happens.

Its always interesting when real world scandals get the Hollywood treatment. I suppose it’s only a matter of time before they do the Bill Cosby story. Just a few years back, they did Bombshell about the Roger Ailes mistreatment of women over at Fox News. And of course there was Spotlight, about the Church coverups in Boston. With She Said it looks to be mostly about the reporters (just like Spotlight was,) so the real questions are how much will it be about Weinstein, and how much will it be about the victims? The answers to those questions should make a difference in how deep this movie is willing to go.

starring Ralph Fiennes, Anya Taylor Joy and Nicholas Hoult, about a world famous and strange restaurant on a private island with only 12 customers. On the evening at hand, a murder takes place and it turns into a survival situation for the remaining guests. The staff vs the customers, Most Dangerous Game style.

This movie looks pretty cool. It’s like Ready or Not (the most recent man hunting man movie,) set in the restaurant world. And that’s not exactly a combination that sounds like it would ever go together. Which is why this one might be pretty cool. The restaurant is on a private island. So it’s safe to say the chaos and hunt and survival elements spill out onto the island. It definitely sounds intriguing.

The autobiography of Steven Speilberg, made by Spielberg, starring Seth Rogen.

The most appealing sounding thing about this one is that Seth Rogen is in it, as one of the stars. Rogen is one of the most banks or actors. His projects almost always have some merit, which means at the very least, they are pretty funny. The problem is that this is the story of a young Steven Spielberg. It’s his autobiography put on film. And it seems like Rogen probably took the role in order to work with Spielberg. Which means there’s a good chance that Rogen wasn’t able to contribute ideas to this one, and just had to go with the flow. Hopefully not. I’m still not convinced on why we should care about this movie, (there were two movies made about Hitchcock some years back, and neither one of them was especially great,) but here’s hoping the second trailer sells the movie a little better than the first one did.

Tom Hanks stars here, as an angry old man who is awful to his neighbors. It’s something different for Hanks, and that’s a very good thing. About a year ago, one could have made the case that Hanks was the only big time actor who had never  played a villain (Denzel Washington, Harrison Ford, and Tom Cruise all has tried it, from Training Day to What Lies Beneath to Collateral.) Well, now Hanks is all in, with two villainous turns in one year. First it was the bad guy in Elvis, and now this. The movie sounds like it will probably be a simple redemption story, like Scrooged, where the protagonist learns to be kind, but hopefully there’s more to it than that.

AVATAR: THE WAY OF WATER

Here’s the thing about this… everyone knows don’t underestimate James Cameron. From Titanic to Avatar, he’s clearly got a knack for what people want to see. And with Terminator 2 and Aliens, he proved he was the master of sequels. But those movies were decades ago. And there’s no doubt about it, they waited a long long time to release an Avatar sequel. Probably too long. On top of that, there’s already a blue people under water movie coming out this fall (Black Panther 2,) so it’s easy to think this one won’t do great, but if anyone can do it, it’s Cameron. So most likely the best bet is that this one will actually be pretty good.

Knives Out was fantastic. Easily the best movie of its year. It was the film that single-handedly brought back the “Who Dunnit,” sub genre (sorry Murder on the Orient Express.) And so now we have a sequel coming out. There’s only one returning player, but it’s the most important one. The detective. Benoit Blanc. Played by Daniel Craig. And it’s the same writer / director with Rian Johnson. So all the pieces are there. But unlike the first movie, this one is in an exotic paradise-like vacation location. Is there a mansion? Probably. We will have to see if Johnson snd Craig can catch lightning in a bottle twice.

The reason this movie has potential is the msn behind the scenes.. Damien Cazelle. He’s the guy who made Whiplash and La La Land.