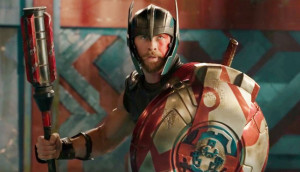 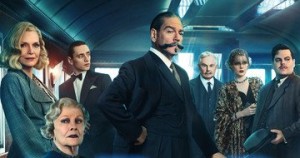 There’s no telling where we’ll be come Oscar season a few months from now. Todd Haynes has got a new film with Oscar favorites Julianne Moore and Michelle Williams. Steven Spielberg’s got a new film with Oscar favorites Meryl Streep and Tom Hanks. And it’s not coincidence that these movies are being released so late in the year, just in time to get Oscar nominations. But they are far from the main movies to watch on the radar. Not in a season where it seems some talented filmmakers are making some very creative and unusual films.

It appears that this will be Matt Damon’s season. There’s no guarantee that his movies, Suburbicon and Downsizing, are any good, but with some great filmmakers involved, (The Coen Brothers writing one and Alexander Payne directing the other,) there’s definitely a lot of potential.

Supposedly a pretty cool film, this one looks to recapture the kids riding bikes around the neighborhood in the eighties idea (E.T. and The Goonies,) in much the same way that the Netflix show Stranger Things did. The clown, Pennwise, looks scary as hell. At the very least, it seems like this is an entertaining movie.

Unfortunately, it’s not very good. The first movie by Matthew Vaughn that isn’t great. Here’s the guy who has made so many wonderful films, from Layer Cake to X-Men First Class to Kick Ass to Kingsman, and we finally see why it was a good thing that he never made a sequel before (for example, he did not make the Kick Ass sequel.) This movie is overstuffed, and not with the right kind of material. Channing Tatum and Jeff Bridges are barely in the movie, and the Harry storyline is just dull.

Tom Cruise flying planes. The last time we saw this was Top Gun, and again, he’s playing Mr. Cool. Only this time, he’s an undercover CIA agent working for a drug cartel. Think Blow meets The Informant from the point of view of the pilot. Something like that. It’s probably a decent film, but it does smell of that notion that we’ve seen this kind of thing many times before.

The critics say it’s supposed to be great. The fans and audiences don’t seem that interested. The movie is directed by Dennis Villaneuve who in the last five years or so has given us Prisoners and Sicario, two incredible movies. Then last year he gave us Arrival, a sci-fi alien film for the intellectuals. It was kind of a step back. A little two much about exploring the mind and language and not enough of a thrilling experience. Now, with Blade Runner, what we’re clearly being given is an artistic piece of work. How good it is remains to be seen. We do known that Harrison Ford only appears in the third act, which certainly doesn’t make it more appealing. But Gosling is a good actor, and Villaneuve has definitely got skills, (especially when he works with Roger Deakins, which he is doing again with this movie.)

This one looks interesting, at the very least. It’s a neighborhood film about a family man who takes on the mob. And it’s got Coen Brothers stamped all over it. No, the Coen Brothers didn’t direct it. But they wrote it, along with George Clooney, and Clooney (who has starred in four Coen Brothers films,) directed it. He’s clearly trying to capture their vibe and influence, and is doing it with their blessing. The movie stars Matt Damon and looks quirky, like a sharp black comedy. It just might turn out to be a great film.

This is the one we’ve been waiting for. Since the summer, anyway. It’s a shame that the studios haven’t figured out how to spread out superhero movies so that they’re not all released at the same time. We got a whole bunch in the summer, and now in the fall, there are only two, and they are being released exactly two weeks away from each other. Thor Ragnorak will be the winner. Justice League will be the loser. It just doesn’t look very good. But Thor Ragnorak certainly does. The colorful palette and promise of exploring another planet after Asgard is destroyed, looks really cool. Especially since Gladiator Hulk will be there waiting to fight.

Murder on the Orient Express (Nov 10)

Based on the most popular Agatha Christie story of all time, this one looks pretty good. Especially with that killer cast. Daisy Ridley and Josh Gadd will probably steal the show, but they’ve got their competition cut out for them. The train murder in the cold wintery atmosphere looks pretty cool, even if we do already know the story and know how it ends. Kenneth Branagh as the world’s greatest detective, rocking the world’s greatest mustache, also looks like he’ll be a lot of fun.

I want it to be good. So badly. But I can’t help having doubts. I was one of the few people out there who didn’t love Wonder Woman. It was okay. I liked it, but the tremendous praise the world gave it, was a little much. And that was the best D.C. will ever give us. This mash up, Justice League, looks like it was cobbled together by filmmakers who didn’t really want to be there or know exactly what was going on. First, you’ve got star Ben Affleck who is trying to quit the franchise every chance he can get (most likely this will be his last film in the role.) Secondly, you’ve got Zack Snyder, who directed at least half the movie, before having to exit the project due to a family tragedy. Snyder hasn’t exactly been a name of promise lately, (his Batman Vs Superman was terrible.) And lastly, you’ve got Joss Whedon, coming in to take over. Now that could be either good or bad.  Whedon made the first two Avengers movies. The first one was great. The last one (Age of Ultron,) was lousy. And remember, Justice League is not his movie. He only came in, halfway through, to fill Snyder’s shoes. So there’s a lot of doubt surrounding this one.

It’s the director debut of Aaron Sorkin, a man who has been one of the most consistent and talented screenwriters in Hollywood for decades. This guy’s writing goes all the way back to A Few Good Men, and more recently was the driving force behind The Social Network and Steve Jobs. He takes major chances with all of these, and they always seem to turn out pretty great. This time, he’s not just writing, but directing. And the movie looks good. It’s about the real life story of a woman who ran a high-stakes gambling game out of a hotel room. With Jessica Chastain and Idris Elba as the stars, it looks pretty great.

It’s Pixar. It’s a Day of the Dead movie. And it’s going to be the last original Pixar film for years, (Everything they have lined up between now and 2020 is a sequel.) The movie looks like it explores The Day of the Dead with some color and imaginative detail. And it also looks like it combines lots of culture and music. The title is lousy, (it refers to the name of the grandmother of the main character,) but other than that, this movie looks pretty cool.

James Franco and Seth Rogen. Enough said. They’re movies are always fun. Even when they’re not great, (The Interview,) they are still funny and fun. And this one is the real life story of the man who directed what is known to be the worst movie of all time, The Room. The actual movie this filmmaker made is so bad, that they show it at Midnight film festivals everywhere just for people to laugh at it. The Disaster Artist, (which also stars Dave Franco, James’ likable younger brother,) should be a good time.

Yes! We’ve waited for a sequel to The Force Awakens for two years now. Disney and Lucas Film clearly know what they’re doing. As much as I don’t like producer Kathleen Kennedy hiring and firing great filmmakers left and right, (Chris Lord and Phil Miller, Colin Treverow,) you have to admit, she knows what she’s doing. The new Star Wars films are two for two (The Force Awakens and Rogue One,) and both were plagued with these same kinds of problems where Kennedy stepped in and replaced talent. With The Force Awakens, she micromanaged JJ Abrahms. With Rogue One, she replaced director Gareth Edwards for reshoots. But whatever she’s doing, it’s working. And this movie, which will pick up again with the stories of Ray, Finn, and Po, should be great. It promises a lot of Mark Hammil’s Luke Skywalker, the one major character who was all but absent from The Force Awakens, and we are definitely ready!

This one could very well turn out to be a dopey kids movie, but it also definitely does have some promise. You have to hand it to the trailers… they are presenting this thing as a brand new take on the classic story, and doing it in ways that get our attention. The turning Jumanji into a video game is a nice touch. The making the kids playing it into avatars of cool characters is also great. And the humor might actually be good. The last time we saw Jack Black in the jungle was in Tropic Thunder (coincidentally, that’s the last time Jack Black has been great in a movie.) The Rock and Kevin Hart are also the kinds of actors we like to spend time around. Let’s just hope for the best.

Directed by Alexander Payne. That’s what really counts here. We’re talking about one of the smartest filmmaker’s in Hollywood, the man behind Election, Sideways, and the Descendants. With this one he’s got Matt Damon as the star for a weird looking sci-fi comedy about shrinking yourself and starting a new kind of life. It looks quirky and strange, and could easily be either great or terrible, but with this filmmaker, there’s certainly a lot of potential for fun.