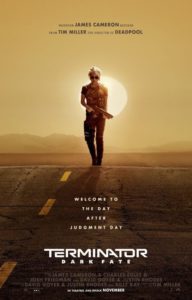 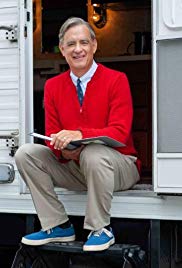 September Dates:
It: Chapter 2, (Sept 6th)
Ad Astra (Sept 20th)
OCTOBER
With October, we get back on our feet. Joker looks terrific. It appears that Joaquin Phoenix is going all out for the role. He would have to, if he wants to be any competition to what Heath Ledger did with the character in The Dark Knight. There’s also Gemini Man, which looks forgettable, Zombieland 2, which probably won’t be great, and Jo Jo Rabbit. That one is going to be good. See more on that movie below.
October Dates:
Joker (Oct 4th)
Gemini Man (Oct 11th)
Zombie land 2 (Oct 18th)
Jojo Rabbit (Oct 18th)
It’s Taika Waititi, a guy who has been making funny movies for close to a decade now. With Thor Ragnorak, Marvel was able to bring Waititi’s humor to the mainstream, and now the public has caught on. The movie stars A listers like Scarlett Johanson and Sam Rockwell. It should be terrific.
NOVEMBER
This is where things start getting really interesting. Let’s go movie by movie now…
Terminator: Dark Fate (Nov 1)
Good will for the Terminator series has come pretty close to running out (there have been three Terminator movies after T2, and all have been lousy,) but if there’s a movie they could get it back, it’s this one. The appeal here is that Linda Hamilton is back. Arnold is back. Even Edward Furlong supposedly has a role. This movie ignores the movies that cane after T2 and just continues right from where they one left off. On top of that, it’s directed by Tim Miller (Deadpool,) a guy who is clearly talented.
Doctor Sleep (Nov 8th)
Well, I don’t know about this one. A sequel to The Shining, Stephen King wrote the book that follows Danny (the boy from the first movie, now played by Ewan McGregor,) in his life as an adult. But the film looks more like a standard horror movie than another film in the Overlook Hotel. From the trailer, it seems that only the climax will take place at the hotel, which is definitely a mistake.
Ford Vs Ferrari (Nov 15)
Matt Damon. Christian Bale. Oscar Season. James Mangold directing. Biographical and historical story. The cards are all there. At the very least, this movie should be interesting.

The Russo Brothers (the two last Avengers movies,) produced  this one, and it definitely looks like it has edge. A police detective murder mystery set all in one night in Manhattan, where the title comes from a mandate to lock down all the bridges and tunnels and keep the killers on the run. Sounds like The Siege meets Night Falls On Manhattan. Plus Chadwick Boseman is the star and this is his follow-up to Black Panther (not counting the Avengers movies.) Should be good.
A Beautiful Day in the Neighborhood (Nov 22)
Like Ford Vs Ferrari, this one also has Oscars written all over it. Tom Hanks playing Mr. Rogers, another biographical film. Directed by Marielle Heller, who is coming off of her tremendous success and acclaim with Can You Ever Forgive Me? Should be another winner.
Frozen 2 (Nov 22)
The biggest Disney movie in ages finally gets a sequel. Six years later. I’d like to say it’s about time, but something tells me Disney knows exactly what they’re doing and has it down to a mathematical formula, when to release these things. Granted they admitted error with when they released Solo, and one day I’ll have to find out the logic of releasing both Aladdin and Thr Lion King (live action versions,) in the same summer, but I’m sure there is logic there (probably trying to get ahead of the bubble before it breaks.) With Frozen, it’s the exact opposite. Time makes the heart grow fonder, and they definitely took their time. I’m sure Thr movie will be good, kid-friendly fun.
Knives Out (Nov 27)
Ryan Johnson, the guy who made Looper and Star Wars: Revenge of the Sith. Well, before those movies he made a film called Brick which was all detective noir, all the way. And that’s his favorite sand box to play in. Now, he’s back. Knives Out looks like a hell of a who dunnit, featuring a unique location, a murder on the Orient Express- like list of suspects, and a hell of a cast. This one should be good.
DECEMBER
December isn’t exactly considered  Fall anymore. It’s got so many other names. Winter movie season, Holiday movie season, even Oscar movie season. But let’s have a little preview of it anyway.
Jumanji: The Next Level (Dec 13)
The concept looks funny enough. It was clever in the first movie, (involving kids and avatars and a video game version of the classic board game,) and there’s a new twist this time around.  But let’s be realistic here. It will be an entertaining kids movie, not much more. It won’t be better than the first one, and the first one was just okay.  It’s great that The Rock was able to bring so much to this series that it finally got a sequel, (the Robin Williams version never pulled that off,) but it’s not a great movie.
Star Wars: The Rise of Skywalker (Dec 20)
Other than a lousy title..(this one is right on par with The Dark Knight Rises for thoughtless and dopey ideas,) the movie seems to have everything going for it. It’s been a year and a half since our last Star Wars film, Solo. And they got director JJ Abrahms back! That’s he best news one could hope for. This guy oozes talent and creativity. Especially when it comes to sci-fi. Look at what he did with relaunching Star Trek, or Lost, or Mission Impossible 3 (getting away from sci-fi here, I know.) How about Super 8? This guy is a creature maniac, but unlike Guillermo Del Torro, he does it in a kid-friendly way. What he did with The Force Awakens was terrific. One quick example… telling a story from the point of view of a Storm Trooper. This guy thinks outside of the box. It will be good to have him back.
Cats (Dec 20)
The Broadway Musical is fun. This movie has potential. But it’s by Tom Hooper, who made the Les Mis movie (which was boring as hell.) He also made The Kings Speech, which was good, so we’ll just have to see. But the movie looks very very odd. I suppose it would have to, given the subject matter, but these effects just don’t look right. Maybe it will matter, maybe it won’t. Maybe we’ll get past the look of the characters five minutes in and be swept away by the story and songs. Keeping my fingers crossed.