Film Noir of the 90s 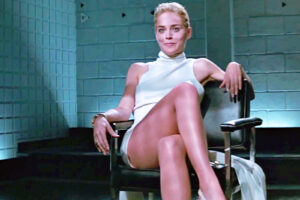 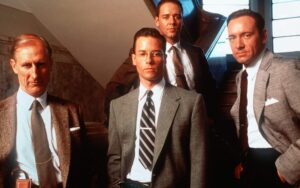 Film Noir is the genre of detectives, crime, mysteries, and a dark, devious underworld. The genre of movies has been around since the 1930s with the Maltese Falcon and the 1940s with Double Indemnity. But those were the movies that pioneered the genre. They weren’t made at a time when the genre was at its best, but instead, at a time when it was just getting started. And it had a long way to go. In the sixties, the genre sort of left and was replaced by the spy detective films, and comedic detective movies, be it James Bond movies, the In Like Flynt movies or anything that was influenced by and maybe even parodied these films. But then in the seventies and eighties, the genre started coming back. In the seventies, we got Chinatown and The Long Goodbye, and then in the eighties, we got Body Heat.

Body Heat represented something kind of new. It was the first film noir movie willing to take the chance of really getting sexual with its characters. And like the way that the Maltese Falcon and Double Indemnity pioneered the noir genre, Body Heat pioneered the sexy noir thriller. But it wasn’t the best. It wasn’t until the next decade that we really got the strongest entry with this type of film, in the movie Basic Instinct. That film used the staples of the genre, including one hell of a femme fatale, and took them to the next level. And Basic Instinct was so popular and so well-received that it launched the best decade for noir films yet. The nineties.

To look at the nineties means to look at the decade where crime movies all around were at an all time high. Scorcese was making some of the greatest gangster movies, (Goodfellas, Casino,) Tarantino was making some of his very best work, (Reservoir Dogs, Pulp Fiction,) and even Tarantino-friend Robert Rodriguez was giving us the movies that really showcases his artistic talent with action (Desperado, From Dusk Till Dawn.) As far as noirs, this was the decade of the Usual Suspects and. L.A Confidential. This was the decade of Fargo and the Big Lebowski. This was the decade when the best directors were turning out what would arguably be their best work.

So let’s take a little trip down memory lane and go back to the nineties to see how all of this played out. And the best way to really begin would be to examine what it is, exactly, that makes a movie a film noir. Obviously there needs to be a crime and a mystery, but there also needs to be a pretty serious and dark tone. Now, the movie can be black comedy, so long as it’s very black, (like Fargo,) but it can’t just be a crime comedy, (like Ocean’s Eleven.) That puts it in the genre of heist movie instead. In other words, there’s a reason why Oceans Eleven is considered a heist movie and the Usual Suspects is considered a film noir, when both movies are about team ups to pull off a crime. The main reason has to do with tone, but another one might be that Oceans Eleven was about a singe big event, a single heist, whereas the Usual Suspects wasn’t really about any heist in particular, but more about this team-up of criminals.

Film noir is most certainly about the tone, more than anything else. The term was coined by French critics in the forties and fifties who were referring to certain American movies about detectives on the case. And to this day, the genre is still mostly about detectives, but it isn’t necessarily a must. For example, it could be about lawyers (Primal Fear,) or about the fall guy, being used by the femme fatale (the love interest who generally has a secret agenda and cannot be trusted.

The problem when assessing film noir movies is determining if the film is more of a film noir or more in the vein of a different genre. And there’s plenty of crossover. For example, there a sci-fi noirs (Dark City,) gangster noirs (Miller’s Crossing,) and serial killer noirs (The Silence of the Lambs.) Of those three, the only one that really fits on the list of noirs are serial killer films, because that is a specific type of crime, (and usually noir is about murder, anyway,) whereas gangster and sci-fi films are genres unto themselves. Regarding the type of crime under discussion, murder is definitely a part of what makes a noir film. Otherwise movies about police and political corruption would fit the bill (Night Falls on Manhattan, Serpico, City Hall,) and they most certainly do not.

So the staples are murder, dark tone, and investigation. That may or may not mean that the protagonist is the detective, but there is certainly a detective somewhere in the movie.

So now let’s move through the nineties and talk about the films.