Ghost Rider: The Spirit of Vengeance *1/2 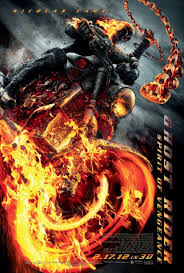 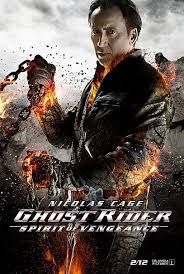 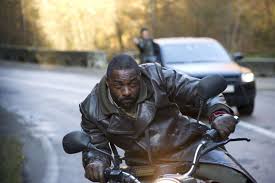 Unfortunately this is a really bad movie, with weak villains, a terrible story, and even poor attempts at action.

A completely lousy movie, this one really does just about nothing right. It’s got an awful story about Johnny Blaze trying to save a kid from assassins. The story goes nowhere and doesn’t even have cool villains lined up in it. And then there is the action and effects, which both fall way short of the mark, obviously there were going to be computers involved in the effects, but the smart movies these days save those computers for the background and details, not for the entire thing. Ghost Rider employs no make up on its main character and no mask to give us the skull. Instead, it is entirely a computer rendition. The only difference between that and the first movie is that in the first one it looked like a cartoon (like Skeletor from He Man), and now it looks like a 3-d computer generated skull. Neither one looks realistic at all. The movie isn’t smart in any way, doesn’t have a single interesting character, and is an all around mess. At the very least, it should have had decent action. This movie doesn’t even have that.
REVIEW:

I thought this movie could have been good. That doesn’t mean that I thought it would be good, but only that it had potential, and that there was a possibility things could work out. That goes all the way back to the casting and announcements about it. The first Ghost Rider movie was lousy. I liked that they got Nicholas cage to star and Eva Mendes to be the love interest. I also liked that they got peter Fonda to play the villain. But the story was weak and the effects were lousy. Everything looked like computer drawings and there just wasn’t much to excite you about the movie.

The terrible thing is, that first movie was ten times better than this sequel. When I heard that they were making a sequel to Ghost Rider and that Nicholas Cage was starring in it again, I was really glad. Granted that cage is no longer a decent actor (hard to believe he won an Oscar about twenty years ago for Leaving Las Vegas, or that he actually did real acting in moonstruck,) but even still, he’s a big name star, and the fact that he was going to try again told me that he and the filmmakers found a way to try and fix the problems of the first movie. Whatever went wrong with that one, they were going to try to make this one better.

For the sequel, titled Ghost Rider: Spirit of Vengeance, Eva Mendes and Peter Fonda and even Wes Bentley, who was in the first one, are all gone. Instead, other than cage, we get only one recognizable actor. That’s Idris Elba, who is a wonderful actor, responsible for one of the greatest TV villains of our time, as stringer bell on the wire. Only he hasn’t been so wonderful in movies ever since. Sure, he was good in Thor, but then there were the losers, the takers, Prometheus, Pacific Rim, and a bunch of other mediocre projects like that.

And then there were the filmmakers to consider. Mark Neverdling and Brian Taylor. These are the guys who made the crank movies. There were two of those Jason Statham, hardcore, in your face action movies that went for close-ups and realistic digital hand held filmmaking, which made you feel like you were there. All of that might sound great, but the crank movies were not great. They were okay. When it came to style, sure they were cool, but in all other areas, starting with story and ending with action, they were pretty dopey.

So with all these pieces in place, it seemed like this new Ghost Rider sequel was going to be a gamble. There was definitely potential, but nothing about the package seemed even close to a guarantee. Not one of the people involved was coming off anything great, or in any way at the top of their game. But even still, maybe if the movie had a strong plot, or got the effects and the action just right, it could work. No such luck, in any of those departments.

The story is worse than it was in the first movie. Much worse. This is basically a retelling of the golden child, where the whole movie is about Johnny Blaze (Cage), protecting this boy who is supposed to be super powerful and the leader of the future. Something like that. There’s a prophecy about the things this boy will one day do, and at the start of the movie, a guy named Moreau (Elba), shows up to save the kid from an assassination attempt. That beginning action scene is the best thing about the movie. Maybe it’s because we weren’t used to the camera work yet, and so the first time we saw it, the whole thing seemed kind of cool. But then as we got used to it, this filming style lost its charm.

Either way, the story is basically Moreau showing up at Blaze’s place and telling him that if Blaze will protect the boy, then Moreau can lift the curse that was put on Blaze by the devil. Now how is that even possible? I mean, I know it’s a ridiculous question, since none of this is possible at all, but at least make it the devil that comes to see him and tells him that he will lift the curse. That it could have been more interesting in a Blade 2 or X-Men 2 kind of way, where you are now working side by side with the guy who was the villain in the first movie.

No such luck. This movie has no intention of giving us anything unique when it comes to plot. The same can be said about action and effects. I really thought they would get the skeleton head right. After marvel did such a fantastic job bringing the Red Skull to life in the Captain America movie, I thought the problem of how to do this had finally been solved. In Captain America, it was simple. Go back to prosthetics and make-up, and masks, and have the actor really embody the head of the character. That beats a drawing of a skull any day. And yet, Ghost Rider goes right back to the way the first movie did it, with complete computer drawing effects. Obviously the flames around the skull would have to be a computer effect, but did the entire head have to be?

Now there were things that I liked about this movie, only not very many. I liked the way we saw Ghost Rider for the first time, first seeing just the fiery trail of where his bike had been, and then seeing his bike and outfit, slowly moving up to his face. I liked the scenes of his head going back and forth between cage’s face and a computerized skull. There were moments when a skull eye would pop up onto cage’s face, and these moments were kind of fun. I also liked the way the main villain is really done with makeup to make him look like a scary and freaky as hell monster. So much better than computer effects. So much more realist looking. Why couldn’t they have attempted to do this with Ghost Rider, himself?

There are many reasons why this movie is awful, but two of the main ones are the story and the effects. In the first movie, the story included multiple name villains from the comics, and each one getting their own action scene and their own death. In this sequel, there is only one real creature villain, and I don’t even know his name. If he’s in the comics, which I kind of doubt, the movie makes no attempt to let us know that. And the effects are so bad, that they make the movie look like we are watching a Cinemax soft porn film, with computer drawings popping up in the background that intentionally look fake in order to get a laugh. Nicholas Cage is no worse than usual here, which really is just saying he keeps his streak of terrible performances alive. This movie was a total waste of an opportunity for something that could have been cool.