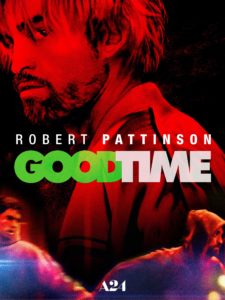 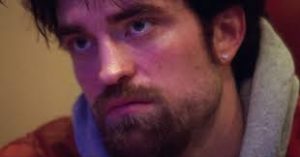 One hell of a movie, this one chronicles the experience of one night in a man’s life as he tries to break his incarcerated brother out of a hospital, and all the craziness that goes with it.

Now this is a cool movie. This one is powerful and gripping, and entirely compelling. It moved with the kind of faced paced energy that we don’t get very often in a way that doesn’t lose us, and actually makes us care. But that’s exactly what this movie does. It puts us right there in the situation with the protagonists, (literally starting with a closeup on one of their faces that doesn’t leave for quite. a while,) and doesn’t let go. The story involves a robbery gone wrong and having to break ones brother out of a hospital. And it becomes a gritty crime movie about trying to get through one night, loaded with challenged. This movie is incredibly entertaining.

Wow, is this movie something! Here is a film with a story that is very much like other films we have seen before, and yet it is executed with such style and creativity. It goes in such clever directions, and is presented with non-stop intensity. What we get here is a fresh take on a pretty standard premise. The movie was made by the Safdie Brothers, two directors who followed it up with the critic darling (and rare praise-worthy Adam Sandler film,) Uncut Gems. But it is this movie, Good Time, that established the Safdie brothers and showed the world what they could do. This is the movie that got Robert Pattinson cast as the next incarnation of Batman, (the director, Matt Reeves, has cited this movie as the one that influenced him and showed him what Pattinson was capable of.) It’s that good of a movie, that both the directors and actor got bigger projects simply because of this one film alone.

The movie is about a man names Connie (Robert Pattinson,) who tries pulling off a bank robbery with his mentally challenged brother, Nick, (Bennie Safdie, one of the directors.) The robbery goes horribly wrong, and Connie spends the rest of the movie dealing with the consequences. And most of what he deals with is in a one-night from hell format. But before we get there, and before the guys even do the robbery, we are with Nick as he sits in a psychiatrists office being questioned about expressions. The psychiatrist is giving Nick a sort of test, to see what he thinks about life lessons and famous sayings. And through this test, and Nick’s responses, we are able to start learning a little about him. That’s because some of his responses turn into stories, like one about a fight with his grandmother that involved him burning his hand on a pan.

That opening scene actually establishes a lot. Especially in terms of style. It uses closeups on Nick’s face to show what he is going through answering these questions. At one point, a tear even rolls down the side of his face. And then a door busts opened and it’s Connie, there to rescue Nick and take him out of this place. It’s not that the psychiatrist was doing anything wrong, and in fact, he was being very kind in terms of his responses to Nick, (the actors sounds a lot like Alan Alda, with his calm demeanor,) but Connie sure acts like his brother was being abused as he gets him right on his feet and out of the office.

And then the boys are pulling off the bank robbery, complete with face masks that make them look like entirely other people. The robbery does not go smoothly. Connie hands the bank teller a note explaining the robbery, and she gives him the money in her drawer. But it’s not enough. And so he sends her to the back room to get more. Big mistake. Giving her the chance to tell other she might see what is going on is the dumbest thing he can do. But she goes back there and returns with the money in a bag, and Connie and Nick are off. They get picked up by a getaway car they had waiting, and all seems to be going well until a die pack in the bag explodes, getting all over both the car and them. The car gets into an accident, and the boys get out running.

All of this leads to a foot chase, where the two brothers get separated, and Nick falls through a glass door before being caught. He gets arrested and sent to prison. Connie, meanwhile, escapes and retrieves the money from where he stashed it, above the ceiling panel in a restroom of a fast food restaurant. Connie’s plan is to use the money to get a bail bondsman to bail his brother out. And so he goes to see this bondsman. But there’s a problem. The money isn’t enough. Not even close. He needs about ten thousand more. And so Connie goes to see a girl that he’s been dating, played by the great Jennifer Jason Leigh, and tries to get her to help. This involves using her mother’s credit cards, and even taking her to the bail bondsman, himself.

Let’s just say things don’t go so smoothly with that. But Connie learns from it that his brother is actually not in the prison at the moment, but in a hospital because of a fight he got into while in prison. And we got to see that fight. One thing great about this movie is that we get to see everything. It doesn’t hold back or cut corners in any way. For example, we got to see the robbery that started the whole mess, as opposed to just starting with them trying to escape the cops. That seems like a no brainer, that you would see the big event that lead to their predicament, but remember Reservoir Dogs, where the movie basically began after the robbery, and focussed just on the guys trying to get away with it? Reservoir Dogs is a terrific movie, but it left us wanting to know and see more, (which is generally a good move.) Good Time on the other hand, shows us everything, and leaves us completely satisfied.

Once Connie finds out his brother is in the hospital, all plans change. He’s no longer interested in the bondsman and bailing his brother out, but instead decides to break his brother out of the hospital. And every detail about this, including the way he finds out what floor the prisoner are being held on, is shown to us carefully. There’s no question a lot of what goes on during the hospital scene happens too smoothly and easily. Sure, Connie makes a few of the right moves, including hiding in an old woman’s room for a few moments, but it’s a little unbelievable to think nobody who worked at the hospital would notice him. Still, it is all excusable when we find out that Connie was in such a rush that he ended up busting out the wrong guy.

Before that, however, Connie needs to get out of the hospital, with the guy he thinks is his brother, and to find a place to lay low. And again, everything about this is shown in detail, from the way he gets on the transport bus, asking to go in front of people, to the way he tells the driver where they live, (making up an excuse for why he wasn’t on the driver’s list.) And when the driver drops them off in the middle of nowhere, Connie has the idea to approach a woman who was kind to them on the bus, and see if she will let them in her place to make a call. She does.

Much of what happens in this movie is like a different stage or level of a video game. There’s the hospital stage. Then there’s the stage at the woman’s house, where her teenage grand daughter tries to help Connie and ends up getting pulled into it, going for a ride with him and the guy he thought was his brother, Ray. And then there’s the stage at the amusement park, which is incredibly funny since the place they need to go to find the drugs and money that Ray stashed away is inside a haunted house. When the security guard who works there catches a glimpse of them and starts up all the electricity in the park, it’s hilarious as we hear the different horror effects in the haunted house, while these two guys are searching away for the stash.

After the amusement park, we get the final stage, which is the high rise apartment, and it is just as exciting as everything else that has happened so far. It also involves the two main characters, Connie and Ray, having it out with each other and coming clean about how they really feel about the other. Again, this is the movie not holding back. Everything is covered here. Even Ray’s story and how he got into the condition he’s in is covered so much that we don’t just hear about it, but actually get to see it. Talk about giving the audience everything they could possibly want and more. This movie knocks it out of the park. The final angle that is used to show us what happens to Connie, isn’t the best choice in the world, (we see it from Ray’s point of view,) but other than that one quick moment, pretty much everything about this movie works. What a great film.