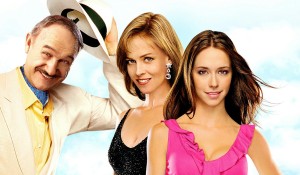 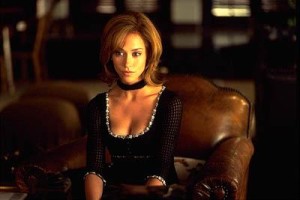 Entertaining, but not very smart, with an incredibly predictable plot, this movie is good for silly humor, but not much more.

Heartbreakers is a somewhat enjoyable movie, but it’s the kind of enjoyment where you know you’re not watching something very smart, but at least it’s good for a few laughs. the plot, about a mother-daughter team of con artists is fine, but we’ve seen movies about con artists before, and know that the first portion will be about their routine and the last portion will be about how they’ve changed. getting there is the middle of the movie. this film manages to hit all the cliches, and still be kind of funny at times. chalk that up to it’s likeable cast. especially the male supporting roles including gene hackman doing a sort of cartoon character, w.c. fields and ray liotta playing a modern gangster.

The best thing about Heartbreakers is that it’s got characters who we love to hate. these are bad people who do bad things, and since they are our main characters, we have no choice but to kind of root for them. the movie is about a mother-daughter team of con artists. there have been lots of movies about con artists over the years, such as the grifters with john cusack or traveler with bill paxton and mark wahlberg. the reason why Heartbreakers is different is because it’s a mother-daughter team, and also because the cons are all about romantic relationships.

the plan seems to always be the same. sigourney weaver plays the mother, max, and she meets a single man with money, gets him to marry her, and then gets divorced within days. the grounds for divorce are where her daughter page (jennifer love hewitt) comes in. page goes to the guy and seduces him and gets the scene all ready for max to walk in and catch her new husband cheating on her. that’s all it takes to get a divorce based on the man being unfaithful. and the guy is usually so ashamed of himself that he just says to the lawyer, “give her whatever she wants.”

this is how the plan goes in the opening of the film. the man who they are conning is a new jersey waste management boss named dean (played by ray liotta.) there is a big wedding and a horny husband who clearly wants to get his new wife out of there and into bed as fast as possible. apparently she has been making him wait until they are married to sleep together, and now he can’t resist the urge to get her up to the hotel room. there are some funny moments here, like when the best man wants to dance with the wife and dean tries to push him away.

once they do get upstairs (and it takes a while, with max dancing with everyone there, including the waiters), there are still a few more obstacles. there’s a door that just won’t open, for example, until dean kicks it down. and then there’s an outfit he can’t get undone. by the time all of his tampering with is over, max (who is going by the name angela at this time), is fast asleep. it’s all a trick, of course, and it’s also all very silly.

so this is how the movie begins, with this storyline that shows us the usual routine for these girls. we are made to believe that they’ve done this exact same thing before at least five other times. and now for the new story of the movie, they head down to florida where max sets her eyes on a tobacco industry tycoon played by gene hackman. this guy smokes like a chiminea, and his nose lights up red, as if he’s doing an incarnation of w.c. fields. it’s a fun, dopey character, and max has a long process of getting his attention, including starting out at an auction, bidding on a naked statue, and watching her plan fall apart, when her competition is unable to outbid her.

before heading to florida, page tells her mom that she wants to go solo, and is all prepared to separate from her when the irs gets involved and demands a lot of money that the two of them both owe. now page is forced to stay by her mom’s side and be a part of another con. she is also depressed, and that’s the state she is in when she enters a bar and gets hit on by the bartended, played by jason lee.

this characte, jack, turns out to have a lot of money. apparently his family owns the bar and some big real estate companies want to buy it for tons of money. that’s enough for page to see this as an opportunity to try a con of her own. so she begins seducing jack while her mother is seducing the tobacco tycoon. it becomes a little much, but the movie knows that and smartly ends one of those two plots much earlier than we expected, and in a pretty surprising way. unfortunately, this is the only really smart moment of the film.

if there’s another one, it’s that the movie brings back the ray liotta character for the end. i like that the film isn’t just a check list of male actors for at in it at all different parts, and that dean does catch up with the girls, like his character probably would in real life. liotta is the funniest actor in this movie and really gives it his all, while some of the other talent involved seems to be just walking through the emotions. liotta has a bunch of great scenes, and part of it is his character, while the other part is how well he fits it. he’s basically playing a gangster, like he did in goodfellas, who is just out of his element here.

the problem is that the movie is paint by the numbers, especially when it comes to the second half and romantic plots. the characters of course change, and it’s in exactly the ways that you would expect. some more humorous situations in interesting locations would have gone a long way. why are there no dating scenes, for example, where the characters go out to dinner at a restaurant? and sigourney weaver’s russian accent, which she puts on for one of her personas, is extremely annoying. especially because of how funny the movie seems to think this accent is. there is some enjoyable humor here at times, but mostly the movie is pretty dumb.