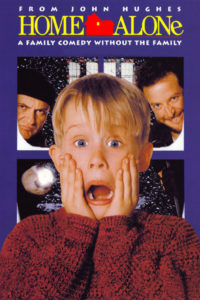 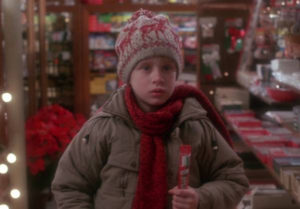 A timeless Christmas movie that captures the spirit and energy of being a kid, as well as a comedic premise about torturing two house burglars.

This movie has it all, from the uneasiness of being a kid who thinks the world is out to get him, to being alone on Christmas and having to find new ways to celebrate, to dealing with two house burglars through a series of tricks and traps. There’s a reason why Home Alone is a classic Christmas movie staple, and it’s because it is an absolutely timeless film. No matter how old you are, you can relate. And the comedy is spot on. Credit that to all of the actors delivering their lines with absolute precision. Most notable the two robbers who never go for hamming it up, but instead play their parts as real idiots who think they’re pretty clever and about to have the best payday of their lives. Boy are they mistaken.

Home Alone is a classic. It’s a movie about being a kid who is the runt of a family and dealing with moments where he is convinced that everyone hates him. It’s also about being independent and stepping up to challenges involving safety, protection, and a whole lot of  booby traps. And it’s about missing your family around Christmastime. All of these things are key components of the film, but most of all, it’s about taking on two house burglars in the most insane and comedic of ways. It helps that the actors playing the burglars are playing it straight, not really going for laughs, (at least not goofy ones,) and so when they get the laughs, they are well-deserved and believable. There’s a ton to like about this movie, from the smart and interesting characters to the wonderful music. And it all starts with a boy at home, dealing with the annoyances of his gigantic family.

That boy is Kevin Macalister. He’s eight years old and played by Macauly Culkin, when he was at his cutest. Here, he walks around the house trying to get answers to questions like finding out what he should be packing for the family’s trip to Paris. Nobody wants to help him. His siblings and cousins have already  packed and are spending the time taking care of last minute business, like feeding a spider or having conversations about “French babes.” And they all look at Kevin like he’s a disease. One of his siblings, named Buzz, an overweight bully, is especially mean to him. And Kevin’s Uncle Frank isn’t much better.

Kevin’s problems that night keep escalating. First it’s the packing issue. Then it’s that he has to sleep on the same mattress as his little cousin, Flor, who wets the bed. (The look this kid gives Kevin, while drinking from a can of Pepsi, is priceless.) After that the problem is that all of the pizza has been eaten. Buzz takes advantage of that situation to be especially gross to Kevin. And all these things pile up, forcing Kevin to explode. That’s when leads to his biggest problem. Kevin throws Buzz against the wall, causing the milk to spill everywhere. It’s a disaster that gets everyone up, out of their seats, and the whole family blames Kevin.

This prompts Kevin to be sent to bed as a punishment, (he’s sleeping up in the attic tonight,) and Kevin doesn’t go easily. He doesn’t struggle or anything like that, but he sure does relish in the opportunity to tell his mom what he really thinks about the family. He tells her off, talks about how terrible his family is, and says he wishes he didn’t even have a family. Her response is that if he says it again, maybe it will actually happen. It seems like a strange threat, but it isn’t really taken that way. More like a “you never know what can happen, and you’ll be sorry if anything does,” kind of way. And with that, Kevin goes to bed.

That night a vicious storm blows in. A lesser movie might have made it something magical was in the air and falling from the sky, like Kevin wishing on a star for his family to disappear and then his wish coming true. This one keeps things realistic, and so it’s just a storm, but a pretty violent one which takes out all the electricity on the entire block. This causes the alarm clocks to shut off, and the family to oversleep and nearly miss their flight. They get out of the house as fast as they can, and count a neighbor’s kid in place of Kevin. Then we follow the family through the airport as they run through the terminal and make it just in time, to their gate. There’s a cool clue from back in the kitchen spilled milk scene, about why Kevin’s ticket doesn’t alert them at the gate to Kevin not being there. Let’s just say, watch the contents of the garbage can when they throw in the paper towels that were used to clean up the spilled milk. It’s nice when movies take the time and make the effort to answer things that would otherwise be plot wholes, even when they are minor like this one.

Kevin wakes up the next morning to think that his missing family is just playing a joke on him. In room after room that he walks into, there doesn’t seem to be anybody around. But he’s still not convinced. Especially after. he goes to the garage and sees the cars are still there. The family actually got a car service of two vans to take them to the airport, only Kevin doesn’t know this. And we watch as it slowly hits him that his family really is gone. When he finally figures it out, he utters, “I made my family disappear,” and it goes from surprised to thrilled at the amazing possibilities. Within moments, Kevin is jumping up and down on the bed, blasting music, and throwing popcorn into his mouth while doing this.

While Kevin is celebrating, our two burglars, Harry (Joe Pesci,) and Marv (Daniel Stern,) are casing the block. Harry has been staking it out for a while now, to the point where he has visited every family, dressed as a police officer, to make sure the block stays safe while families are away on vacation. He knows the exact moment that all of the automatic timers of lights come on for each house, and shows this off to Marv. The two actors who play the burglars are really fantastic here, giving you tons of reasons to hate them, while not being over the top or doing anything too brutal or violent. But it’s lines like, “kids are stupid,” and actions like leaving the water flooding houses that they robbed, just so they can call themselves The Wet Bandits, that make the viewer hate these guys even more. And that contributes to us wanting to see them go through Kevin’s house of traps and pain, later on. For now, however, the two robbers snoop around the houses, being a little too loud about their plans. Kevin overhears from his window and gets to work making schemes.

First it’s the use of a video and some fireworks to make it seem like there are two guys with guns in the house, and one of them blows the other one away. We see this same stunt used earlier in this movie with a pizza boy, and that helps establish the scene of the movie Kevin is watching, so that we are more familiar with it by the time Kevin uses it on the robbers. After the video and fireworks prank, Kevin sets the place up to look like there’s a giant party going on at night. he does this by using dummies, mannequins, cardboard cut outs, a train set, and anything else he can find. It’s a pretty funny scene.

But the robbers aren’t giving up. Not when. they consider this house in particular to be their “silver tuna.” It’s the reason they started working this block to begin with. Harry saw the house once and fell in love with it. So they get ready to make their night time break-in, and Kevin gets ready to face them. First, however, he meets an old man at a Church, (the same old man who he has been terrified of throughout the movie.) The funniest scene in the movie comes when Kevin walks out of his house shouting that he’s not afraid anymore (thinking he’s shouting at the robbers,) and then the old man shows up. Kevin starts frantically screaming, runs back inside, and the camera holds on the old man’s reaction. And that story about this man and his legend, actually turns into a touching story about him and his son and granddaughter, that he gets help from Kevin with. None of it feels forced, and the Church scene between them actually feels very honest. That’s quite an accomplishment right there. And then it’s on to the robbers and to setting up the house.

The scenes of the burglars going through all of the traps are definitely the highlights of the film and they are all pretty fantastic. Kevin has really thought this thing through, with things like reasons why Marv would need to take off his socks and shoes (tar on the stairs,) and then step on a nail. Sure, some of it works out a little too perfectly, but that’s a luxury we just roll with.  There’s lots of falling down and getting hit by things, and that sort of humor has never been more entertaining. Credit that to those actors who really make you feel the hits. The traps make for the perfect climax to a great Christmas movie. Kevin runs these robbers through the gammit, and they just get more fired up and angry as they go through his fun house. The great thing is that even without the traps, this was a strong movie. They just punctuate it with the part we’ve been waiting for most. This is not only  a  great family comedy, and a fantastic Christmas movie, but also a hell of a lot of slapstick fun.