James Gunn and How Everyone Won 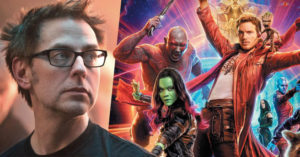 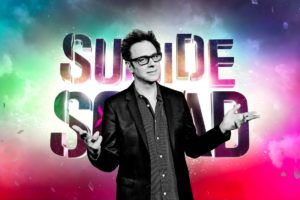 In July 2018, James Gunn was fired by Disney and Marvel from directing any more Guardians of the Galaxy Movies. Gunn is the writer director behind the first two movies in that series, and he is single handedly the man responsible for making the Guardians of the Galaxy really anything at all. Before him, they were just an obscure comic book team that nobody had ever really heard of.

Gunn took the ideas and characters from the comic and turned it into a colorful, lively, action-packed, and very funny movie. Guardians was a tremendous success and it was fused with Gunn’s level of creativity and humor. Before this, Gunn had been an indie movie director, making films like Super, that were dark, gritty, and filled with the bleakest of black comedy ideas. To say his movies weren’t for everyone is a massive understatement. So, it was taking a big risk on the part of Disney and Marvel, to hire Gunn in the first place, and see his potential. Boy did it pay off.

But when Gunn was called out for offensive tweets that he had made over a decade ago, Disney felt like it had a moral obligation to get rid of him. The problem is that we all make mistakes, and Gunn’s mistakes were so long ago. He apologized for them and spoke about how much he regretted them a long, long time ago. Long before he got Guardians. So this was all done with and put behind him. Marvel and Disney knew about the tweets, and Gunn’s apology before hiring him. He was a different person now and had made amends for his mistakes.

So what was the problem? The problem was that, while Marvel and Disney knew about the tweets, the rest of the movie going public did not. And once they found out, Disney decided something needed to be done to save face. They couldn’t be associated with this guy. And so they fired him. What they didn’t anticipate was the backlash of that decision. Disney thought they were being the good guys by getting rid of this bad guy. They were wrong. Instead, they were backing up the real bad guys, the Republican Party, GOP supporters who brought the tweets to the publics attention in an attempt to get Gunn fired in the first place. You see, Gunn has been a vocal critic of President Trump, and not everyone likes that. But he is the guy who reformed himself, changed his ways, asked for forgiveness for the stupid comments he once made, and then long after all of this, got hired to make Guardians. And by firing him now, Disney was actually showing that they couldn’t forgive someone or accept the idea that people can change.

So Gunn was fired, and all hell broke loose. The cast from Guardians wrote a letter in support of Gunn. One of the stars of the movies, Dave Batista, was especially vocal about how much he hated the decision of the firing, and wanted out of his contract. And Marvel went back to Disney, asking them to reconsider. Only they didn’t. And so Gunn took another job. In January, 2019, he accepted an offer from Disney rival, DC and Warner Brothers, to write and direct Suicide Squad 2. Now this is where things started looking on the bright side.

Suicide Squad was a lousy movie that should have been so much better. It was meant to be DCs answer to none other than THE GUARDIANS OF THE GALAXY! That’s right, this was supposed to be the DC version of that Marvel movie. And sure, it had nothing to do with other planets or space, but this was going to be the movie about a teammup of misfits in a far corner of the superhero universe, where nobody had ever heard of these characters before (other than Harley Quinn, who only comics fans really knew of.) Only Suicide Squad didn’t work. And there are a thousand reasons why, but one of them has got to be the inclusion of the Joker, simply because DC didn’t have enough confidence in this movie to not include a character that people were familiar with. You didn’t see Iron Man or even Thor show up in the first Guardians movie, right? So what was DC thinking? But the Joker thing (and how bad of a Joker we got from Jared Leto in that movie,) was really just one of a long list of problems with that film.

But now, with Gunn at the helm of a sequel, the potential was boundless. One can only imagine that DC has hopefully given Gunn the green light to do whatever he wants with this property and get crazy with it. Think about it, DC has nothing to lose. Unlike Disney, they aren’t held to this moral higher standard, where they are a company that primarily makes products for kids. And on top of that, DC already made a Suicide Squad movie that failed. And with Gunn’s sequel, word has it this might actually be more of a reboot, meaning scrap the first movie entirely, (no idea how they could do that, but we’ll have to see.)  So Gunn, the visionary and wildly creative director of the Guardians movies, (and granted, I don’t love the Guardians sequel, but it’s still pretty good,) being given the keys to the Suicide Squad, was a very good thing.

And then things got even better. In mid-March, 2019, Gunn was rehired by Disney to direct Guardians of the Galaxy Volume 3. Maybe it was Disney seeing that their folly just drove one of their major assets right into the arms of the competitor. Or maybe it was Disney seeing the backlash against them of people who came out in support of Gunn. Considering how many Disney movies are about characters learning to change their ways and become better people, not showing forgiveness of accepting the idea that in real life, a person could change their ways, was making Disney look like a studio of hypocrites. And so they did the right thing. And everybody won. Warner Brothers won by getting Gunn to direct Suicide Squad 2, which he is in production on, right now. Disney won by getting Gunn back to direct their third installment of the Guardians series. And we, the audience, won, by getting Gunn to direct both movies and infuse some new energy and creativity into both worlds. Sometimes fate takes us in unusual directions to get results that we never thought were possible, and are much better than we could have dreamed of. This is one of those such times. It’s a good time to be a superhero movie fan.