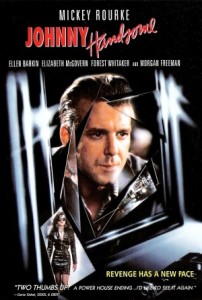 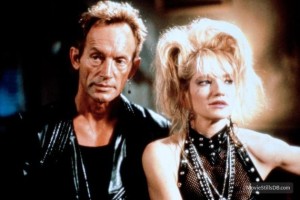 A pretty routine revenge movie other than the early on plot line about a man undergoing plastic surgery and changing his face.

Here’s a movie that is very much like every other revenge thriller. The opening is a character doing a job and getting double crossed by the other members of his team. The ending is the character eventually catching up to the guys who double crossed him and facing off against them. The middle is where the movie has the chance to actually be something different and this one doesn’t really do that. Sure, there’s the story of how this guy has a horrid face and undergoes plastic surgery to get it fixed up, to the point where nobody can tell that he’s the same guy from the start of the film. But other than that, everything about this movie is routine. And that plastic surgery / unrecognizable situation isn’t even that special. Think of the Crow, for example, another vengeance movie. When Brandon Lee shows up as the Crow, back from the dead, wearing clown face makeup, nobody can tell he’s the same guy from the start of the film. Johnny Handsome should have looked for some avenue to make it stand out and be unique. Instead, it really just is the same old thing we’ve seen a ton of times before.

Johnny Handsome is not a very good movie. In fact, it is very much a routine and regular revenge film. That means characters cross our hero in the beginning, and then he gets his revenge on them at the end. In between is where a film like this has a chance to break away from the formula and becomes something different and interesting. This one doesn’t. Sure there’s the plastic surgery storyline, which is kind of coo, but it over in the first half, and really not quite as exciting or interesting as the movie thinks it is.

This is a movie by Walter Hill, the great director of such films as The Warriors and 48 Hours. Hill was a big success story in the eighties, turning out hit after hit, but then his career kind of fell apart in the nineties, with him directing a number of really bad movies, like the Bruce Willis film Last Man Standing. In the early part of the eighties, Hill was on a roll. That’s when The Warriors, 48 Hours, Streets of Fire, or anything decent he directed came out. Then, in the last eighties, Hill just couldn’t buy. a break. Movies like Johnny Handsome or Red Heat weren’t half as much fun as they should have been, and Hill found himself making movies that just didn’t stand out.

The interesting thing about Johnny Handsome is that it’s about a man who spends half the movie with a deformed face and the other half looking like a stud, in the ways of a young Mickey Rourke. Now, for anyone who knows what Rourke used to look like, back when he was making movies like Diner and 9 1/2 Weeks, the man was a knockout. But Rourke today is a whole different story. His face is all mashed up and deformed. The reason why is because after his success in the eighties, Rourke turned to drugs and boxing and both did irreparable damage to his appearance.

Now the thing that makes that interesting with this film is that it seems like it will be a similar story or at least along the same lines as the plot we are given here. A man who was a pretty boy, but ends up deformed. This has the potential to be as on the money, in terms of a play on reality, as Birdman was to Michael Keaton’s career (played a former superhero movie star for everyone wants to go back to,) or The Crow was to Brandon Lee, (the story of his father also involved dying on a movie set for a film in which the character died, but then came back to life for revenge. Only that’s not the case.

Instead, the movie goes in the directed of having Johnny be deformed first, and then go through plastic surgery during the course of the film, so that in the second half, he looks superb. That ends up making for a very different kind of movie. It goes against the usual formal where the character starts out normal and then goes through a major change in front of us to set him off (think The Jokeeriin Batman.(Still, this does have a protagonist who is wronged by others at the start of this film. That wronging just doesn’t cost him his face or deformities.

We also don’t really get any back story about how Johnny ends up looking the way he does at the start of the film, which is a major missed opportunity. What we do get is a father figure who Johnny does jobs with, and the new group that they are about to work with on their latest job. It involves the robbery of a jewelry store. The new group is a couple and includes Lance Hendrickson as Raif and his girlfriend, Ellen Barkin, as Sunny. The criminal couple idea is a good one and was actually just utilized again in one of the great movies of the summer, Baby Driver.

The robbery of the jewelry store is a success, but no sooner is it over than does Raif and Sunny turn on the team they pulled off the robbery with and shoot each member in the back. Johnny’s mentor is murdered and Johny almost finds himself getting killed as well. The scene is exciting and grabs our attention as Johnny is left on the floor, with the police showing up to take him away. From here, Johnny gets sentenced and starts serving time with a hot head detective, (played by Mogan Freeman,) on the case.

While in prison, Johnny gets stabbed by a man who Raif hired to kill him. That sends Johnny to the prison hospital where a young doctor, Dr. Steven Fisher (played by Forest Whitaker,) takes a special interest in him. Fisher offers to give Johnny a new face and a new identity. He equates the situation to going into witness protection. Johnny agrees. He gets all fixed up and finishes serving his time. Now he’s ready to go out into the real world, get a job, and start planning his revenge.

There have been quite a few movies where the main character is left for dead and thought to be dead, before he or she comes back to exact vengeance. From the Crow to Kill Bill, the ideas are usually the same. The main character looks so different up his / her return that the people upon which vengeance is being acted on, don’t even recognize him. Johnny Handsome hits all of those points. And in terms of the plastic surgery, new identity situation, it’s kind of a waste if Johnny is just going to go right back at the people who put him in prison. The whole point of a new identity is for someone who wants to disappear from the world and fall off the grid. A better idea for this movie might have been to have Johnny go through this and be living a life away from crime, when the bad guys find out about his surgery and come for him. Not the other way around.

Johnny Handsome is a very flawed movie. The beginning and the end work, but the whole middl e section is incredibly slow moving and dull. When you consider that the villains are more or less the focus of only the first and last act, it starts to make sense why the movie drags on in the mid-section. That’s the part that becomes about Johnny getting a job and starting up a relationship. A better idea for this mid-section of the film would have been a sort of detective crime solving situation where Johnny had to locate the guys who put him here and go from one source to another to final out what these guys had become. This movie has some entertaining parts, but mostly it’s pretty dull snd incredibly predictable.