Keeping Up To Date With Marvel 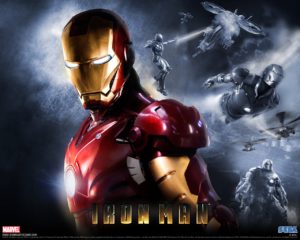 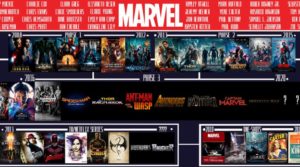 Marvel Movies: Past, Present, and Future

With twenty plus movies under their belt, Marvel Movies, or the MCU (Marvel Cinematic Universe,) is the juggernaut of superhero film franchises that just keeps on going. Never has a series gone on this long, with this many films, and still been so on point. The Die Hard movies and Indiana Jones movies trickled out after three films. The Godfather after two. Even the Star Wars movies had three good films and then a decade of awful prequels, before coming back into the spotlight so many years later. The same thing goes for Rocky. His movies were good, then they sucked, and now with the Creed films, they are back.

But Marvel never went away. Not since it started in 2018. That’s when the studio was launched with their first movie, Iron Man. Before that, Marvel characters from the comics could be found in movies that were made by other studios. Universal, for example, made a Hulk film with Eric Bana. Fox made Daredevil and Elektra. Even New Line was in on the action with Blade movies (the series that some say started the superhero craze in 1998, while others look to X-Men just two years later, in 2000, for that credit.)

On that front, I’d agree with those who tote X-Men. After all, most people don’t even know that Blade is a superhero movie. But with X-Men, something new was born. A long-lasting saga that is still going today. So why are we talking about Marvel as the reigning champion and not X-Men, (especially in terms of how long it’s been out.) Mathematically, if X-Men started in 2000 and Marvel started in 2008, doesn’t X-Men have an 8 year advantage? That means while Marvel movies have only been going for 10 years, the X-Men films have been running for 18.

The reason is simple. Marvel is more than just a recycling of the same characters in every film. It’s a legacy of different characters, each getting their own movie. In the past, you would call that a spinoff, (basically what the Creed movies are to the Rocky films.) But with Marvel, it’s something more. When Captain America: The First Avenger came out, we didn’t consider it a spinoff of Iron Man. After all, Captain America wasn’t in Iron Man. The same goes for the first Thor movie. Instead, we accepted that these movies simply existed in the same movie universe, where characters could one day meet, (and they sure did, starting with the first Avengers film.)

But there’s more. Not only do Marvel movies often feature new characters (currently a Captain Marvel movie is in the works, slated for release just months from now, and is all about a hero who we have never seen before,) but they also release a bunch of movies every year. Right now, the number stands at about three. Compare that to X-Men, who release one movie every couple of years. That’s the difference. The X-Men films are like the past kinds of franchise that we used to get, the Rocky or Indiana Jones or Terminator films, where every few years we’d get another one. The Marvel movies are something new. Something we’ve never seen before. It’s not just the same studio releasing two to three movies a year, it’s the same cinematic universe.

Captain America: The Winter Soldier (May)

Guardians of the Galaxy (August)

Avengers Age of Ultron (May)

Guardians of the Galaxy Volume 2 (May)

Ant Man and The Wasp (July)