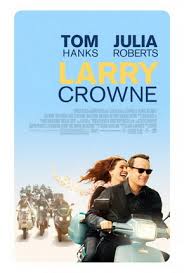 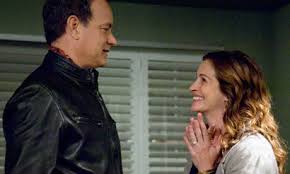 A movie with a lousy story, annoying characters, and really no funny moments at all.

Larry Crowne might feature the best two actors in Hollywood, (going by experience, Oscars, and all that), but it’s still not very good. in fact, all it really does is show that tom hanks has gotten old and is no longer in touch with what is funny. he’s directed one movie before, 1996’s that thing you do, and that movie was miles ahead of this one. It was about youth and atmosphere, and while no one in their right mind would call it great, compared to Larry Crowne, it was a masterpiece.

Tom Hanks also write. he wrote that thing you do and he wrote Larry Crowne. and that’s another big part of the reason why this movie really shows that he has lost his way. he has lost his sense of what is good and what is funny. will he get it back? Sure. Just as soon as he gets back to acting under the movies of Spielberg, Ron Howard, Robert Zemeckis, and any of his other buddies. It would be nice to see him take chances, the way Brad Pitt does, and try out some new directors. Guys like David Fincher, Guy Ritchie, Darren Aronofsky, and even Quentin Tarantino. But that’s not the nice guy, play it safe way of Tom Hanks.

Larry Crowne is a disaster because it feels old and tired. The movie is about an older guy who is divorced and a hard worker, and smart and friendly and charming. And he is fired in the opening scene because he does not have a college degree. He was working at a warehouse store where he had countless times received the employee of the month award, and yet the star has now realized that he can’t be promoted any higher without a college degree, and so they fire him.

Okay, interesting beginning. It’s not great, but it’s a jumping off Point. So obviously now, Mr. Crowne is going to be headed back to school to earn his college degree. Movies about older people going to college and being surrounded by younger kids are nothing new. Rodney Dangerfield did it decades ago with back to school. And one thing Dangerfield knew, that hanks sure don’t, is that the movie will only be funny if the main character is weird. If he’s crazy and extreme, than there might be some life to the movie.

But Tom Hanks don’t play crazy. He plays the same role in every one of his movies, and it’s always the nice, charming guy. Even in forest Gump and Philadelphia, his Oscar winning movies, he just played a retarded version of this character or a gay version of this character. I feel like these days to talk bad about those two movies is like sacrilege, and I certainly think they are good films, but not because of hanks. Those movies worked because of run Howard and Robert Zemeckis’ direction. And as far as hanks, let’s be honest, it’s the same old role. You’re not going to see this guy playing a villain. He just won’t do it. He won’t even play crazy. Brad Pitt in snatch, wasn’t just doing an accent, he was playing a nutcase. When tom hanks tried it in the terminal, he had a strong accent, sure, but the rest of the character was once again just the same old charming guy.

Now the other half of this romantic couple is Julia Roberts, who I have always loved. Roberts, aside from being a natural beauty, is naturally funny. But here, delivering hanks’ material that he wrote for her, every single line falls flat. In Larry Crowne, Roberts plays Mercedes Tainot, the teacher of his public speaking class. She is a woman who seems to hate her job and wishes the students weren’t there. When she walks in to the room on the first day, she’s ready to celebrate that there aren’t enough students to make the class. She tries to tell them that, but then Larry Crowne walks in.

While Mrs. Tainot is either being pessimistic with her students or being pessimistic with her husband, Larry Crowne buys a motor scooter and joins a motor scooter gang. he’s brought into it by a young hottie in one of his classes, and there’s a running joke about how the hottie’s boyfriend (played by Wilder Valderama, from that 70s show), keeps catching Crowne is uncompromising Positions around his girlfriend. that’s not as funny as Mr. hanks thinks it is. For one thing, it gets tired pretty fast, and yet it keeps on repeating again and again throughout the film. For another, Valderama never gets angry. He looks unhappy, sure, but if he actually did get angry than maybe Crowne would have to explain himself and we might get a little humor there.

There are other things going on in this movie too, none of them funny. Cedric The Entertainer is Crown’s next-door neighbor and the king of the garage sale. He and his wife (Taraji P Henson, wasted in this movie) barter and try to hustle the best prices for their goods. Crowne also works as a fry cook at a restaurant, and then during the days he goes to class to listen to other students making speeches that have nothing to do with anything.

Of course Roberts and hanks will get together romantically. The trailers even show that. But how she ends up separating from her husband is a mess, and there is certainly a lack of chemistry between the two leads who are just thrown together one night when Mrs. Tainot gets drunk. The movie is pretty bad, but it’s not absolutely horrendous only because it keeps you watching. For me, I watched because of Bryan Cranston, hoping the movie would offer up a real situation that would make him a villain. I kept thinking maybe he would get caught cheating on Roberts or something. He didn’t. The movie is painfully unfunny and its storyline is one hundred percent predictable. Tom Hanks should have known better than to make this movie.