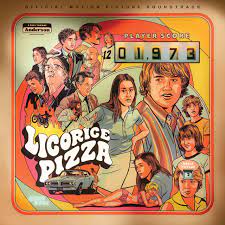 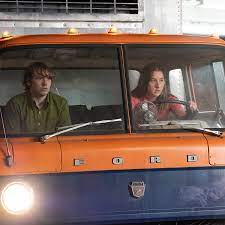 Paul Thomas Anderson’s attempt at a coming of age story is genuinely weird and full of vignettes more than it seems to be one cohesive story.

It’s Paul Thomas Anderson, which means its a given that this movie is going to be a little strange and artistic and indie-feeling. And to learn that the movie takes the form of a series of vignettes featuring the same set of characters might make it seem like there’s promise. After all, both Boogie Nights and Magnolia, Anderson’s two best movies, were in many ways composed of vignettes. But here, Anderson is taking on a coming of age story, and doing it in a way that makes his protagonist seem more like Max Fisher or Rushmore (entrepreneur, a kid building and investing in things that most adults wouldn’t even attempt,)  only doesn’t show us how the kid gets all of this done. That’s because Anderson is trying to focus just as much, if not more, on the relationship between this kid, Gary and his best friend / business partner / potential love interest, Alana. The relationship parts are interesting. The little vignette’s are just okay. There are attempts at extreme stunts (a motorcycle jump over a fire pit, driving a truck backwards down a hill without any gas,) but none of them come off as crazy or as exciting as they are meant to. It’s an okay movie, with some entertaining ideas from time to time, but nothing that really wows you.

Licorice Pizza feels like Paul Thomas Anderson’s version of Almost Famous. What that statement means is that this is a coming of age movie about an awkward, unusual kid who finds a way to manipulate things and manage to get into some very unusual places and situations. Like that Cameron Crowe movie, which was based on Crowe’s life as a teenager, this one also feels pretty biographical. In other words, it feels like all these things could happen to some extent, although for the movie they are all probably exaggerated a bit.

A difference between this movie and Almost Famous, however, is that that movie told one cohesive story about characters and relationships and an ongoing struggle. Licorice Pizza, on the other hand, feels like a series of vignettes. Like each short story is a memory of something wacky that happened when Anderson was a kid. It’s a “the time we…” kind of thing. Now there’s nothing wrong with a movie that tells a bunch of short stories featuring the same characters in all of them. The problem is with these short stories only some of them are interesting and entertaining, and at a certain point, they all start to feel very similar.

Gary Valentine (the son of deceased actor Phillip Seymour Hoffman,) is a fifteen year old high-school student. He’s also an actor who had the good fortune to once be in a hit TV sitcom. He still goes on tour with the members of the TV show’s cast about once a year. And he has dreams and aspirations for making it big, not necessarily in acting, but certainly in something. He wants to be the kind of person that everyone knows and talks about, and is more than a little arrogant. Gary is the kind of guy who doesn’t take no for an answer, and often gets where he does because of his persistence.

The movie shows us that from the very start, as Gary goes to the school gymnasium to take his high school photos and is immediately stricken by the girl who is helping take the photos. Her name is Alana Kane, and Gary follows her around the gym trying to get her to agree to come out on a date with him. He tells her about a restaurant / bar he likes to hang out, and is always there, and asks her to stop by sometime to see him. She tells him there’s no way, since he is fifteen, and she is nearly ten years older than that. But then she shows up anyway, and the two of them sit at the bar and hit it off.

Gary tells Alana about a Public Relations company that he owns, and then we see him in action at work, and see that it is actually his mother who owns the company, and that Gary just helps out. There’s Michael Higgins Clark who comes in to get help with the menus for his Japanese restaurant and brings his Japanese wife along. He speaks to her in English, but by using a Chinese accent,  while it is certainly not politcally correct or anything, it is very very funny. This joke is repeated throughout the film, and Higgins delivers the lines perfectly. What’s also funny is that at some point in the movie, he switches wives, leaving that woman he was with earlier for another, and again, he uses the Asian accent with her as well.

The first short story, if you will, is about Gary meeting Alana. Then the second short story is about Alana chaperoning Gary to where the TV show reunion is happening. There she gets hit on by Lance, another one of Gary’s costars and she even starts dating him. When Alana invites Lance over to her family dinner and he refuses to say Jewish prayers because he is agnostic, it is too much for her father. This ends the relationship between the two of them, in very comical fashion, as Lance is basically thrown out of the house by the father.

Gary’s first real investment or scam, depending on how you want to look at it, involves waterbeds. He goes into a store one day, tries on out, and the next thing you know he’s got his own waterbed company. Now, how Gary got from point A to point B is never explored. It’s a shame too, because seeing how this all came together would have been pretty interesting. Gary is a lot like Max Fischer of Rushmore, the character who never met a challenge he turned down. Only in Rushmore, we saw how Max did things, including getting a construction company to come and build an aquarium on the school property. Here, we see Gary opening stores and showing off his product at fairs, but how he actually got the beds, got the money to buy the beds, or bought the space to sell them in, is a wonder.

Perhaps the problem is that this movie wants to tell two stories at once, and doesn’t give the  right amount of time to each of them. The one story is about Gary and Alana’s relationship. He’s really into her, but she thinks of him as just a friend who is filled with wacky ideas that she enjoys being around. The other story, of course, is Gary as an investor and entrepreneur. And because of the movies devotion to telling the story of his relationship with Alana, we don’t get enough of the other story. The waterbed situation pretty  much culminates with a party at the store where Alana gets high and wears a bikini all day, until Gary has enough of her, and most likely goes off with another girl. It is not about selling the beds at that point, but about his relationship with her.

Before the waterbeds scam, we got an interesting subplot with an aging actor who takes an interest in Alana. This actor is Jack Holden, played by Sean Penn, and he and his director buddy sit at a table with Alana at the same restaurant where Gary likes to go. There’s the jealousy moment of characters going to a table while seeing their “competition,” at another table having a good time which feels right out of Casino, with Joe Pesci and Frank Vincent watching DeNiro at another table. And then there’s the golf course motorcycle stunt. That ends this short story. Another one that comes shortly afterwards features Bradley Cooper as a strung out, coked up actor who is dating Barbara Streisand and threatens to kill Gary’s whole family if something goes wrong with the waterbed that Gary is delivering. Cooper is clearly meant to be playing a version of the Alfred Molina character from Boogie Nights here (without the drug den,) only it’s not quite the same. Maybe that’s because the Molina character was confined to one single space and one room, whereas Cooper’s character is kind of all over the place, much like the movie itself.

All of this is kind of entertaining, but none of it is anything spectacular. There are certainly some laughs here, from time to time, mainly due to awkwardness or strange responses. But there isn’t really anything all that memorable going on. The closest comes when the group of friends destroys Cooper’s car and then they truck they are in runs out of gas, making their getaway a sudden challenge. And the movie kind of alternates between stories of these strange characters that our leads come across, and the different investments Gary makes. In the later parts of the film, he learns that the law banning pinball machines is about to be lifted, and Gary immediately gets on the phone trying to buy up as many pinball machines as he can. He then opens an arcade. And that’s pretty much the story of the film. From one idea and investment to another. The story of Gary and Alana does get some closure at the end, but even still this movie is a little too all-over-the-place