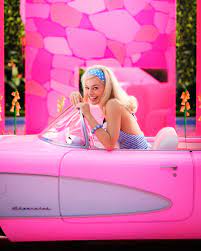 2023 looks to be a year packed full of familiar IP and sequels. The nostalgia / movies based on already existing material era is something that has been going on for ages, but never more so than right now. The pandemic really put it at the forefront of the cinematic experience. Suddenly, people weren’t going to the movies anymore to see films that weren’t must see on the big screen-worthy, or something they were already familiar with. That means the smaller movies stopped playing, and the big franchise, tentpole movies got elevated to a new high.

Now, in many cases, this was not a good thing. For one, original creative content pretty much went out the window. Streaming services took over as the new home of most new releases other than action movies (and the streaming services got the releases of plenty of action movies too, such as The Tomorrow War with Chris Pratt, on Amazon Prime.) And the most hopeful / promising story of last year was Top Gun: Maverick, an action movie that took advantage of nostalgia, but most certainly was not based on a new, original idea.

And that brings us to 2023. It’s going to be a year where superhero movies are everywhere you look. And most of these are sequels. Marvel has three of these movies coming out in 2023. A new Ant Man, Guardians of the Galaxy, and Mrs Marvel.

Now these are all second rate superheroes, with Guardians being the biggest of the bunch (and yet, it was based on a comic series that nobody had ever heard of, back when the first one premiered.) And DC also has familiar sequels coming up with Shazam 2 and Aquaman 2. So its interesting to note that despite their being tons of Superhero movies, practically none of them are introducing new characters (all sequels, except for Kraven the Hunter, a villain oriented spin-off of sorts, trying to do what Venom did, over at Sony.)

Other than the superhero movies, there are plenty of other action movies. There’s John Wick Chapter 4, Indiana Jones 5, Mission Impossible 7, and Fast 10. That’s a lot to take in. The John Wick movies have all been stellar, so that’s the one with the most potential. The Fast and Furious movies have gone the opposite route, getting so dopey that they are practically unwatchable (they literally went to soace in the last movie.)

The Indiana Jones movie is directed by James Mangold, which is the only reason it has potential after the last Indy film was so lousy. Mangold is the guy who brought us Cop Land, Identity, Walk the Line, and Logan. But mangold has not been as good as used to be (Cop Land is his best movie and Identity his second best, and he hasn’t made anything close to those for the past twenty years.)

Then there’s the new Mission Impossible, which like Fast X is probably more of the same. Once a franchise reaches seven or ten movies, there’s little room for surprise. The Mission Impossible movies lately have been good, but not great. They’ve just started to feel very familiar and routine, with one of them kind of bringing into the next, to the point where it’s hard to know the difference or remember which one is which.

And then there’s The Little Mermaid, Barbie, and Wonka. Now, all three of these movies are actually not sequels! Finally. In the case of Wonka and the Little Mermaid, they are based on movies and stories that have already been told before. It will be interesting to see how this version of Wonka, starring Timothy Chalamet, will be different then that Johnny Depp one from not too long ago. But it does feel like another attempt to squeeze as much as possible out of an already established story and character.

And that leaves Barbie. The Barbie movie.  That and Super Mario Brothers. In the case of Super Mario, it’s an animated film that is trying to go the route of Sonic the Hedgehog, without actually combining live action with CG characters the same way Sonic did. Mario wants to cash in on the nostalgia of 80s-90s video games that Sonic has going for it. We’ll have to see if it works.

And speaking of 80s nostalgia, Barbie fits that bill. It’s based on toys. The popular girls dolls. If this works, then I suppose a Cabbage Patch movie is next. Maybe Garbage Pail Kids after that. And where is Thunder Cats or Masters of the Universe on this list? But one thing at a time, and first let’s see if Super Mario and Barbie are hits. Most likely they will be, and the wheel will just keep on turning. For now, we will have to just sit back, catch up on any movies we might want to see before their sequels (and there are many more coming out, including a sixth Scream film,) and wait for what is to come in the months ahead.

Guardians of the Galaxy: Volume 3 (May 5th)

Killers of the Flower Moon (May, Apple TV)

The Little Mermaid (May 23rd)

Indiana Jones and the Dial of Destiny (June 30th)