How Marvel Movies Changed The Game 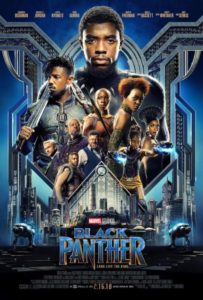 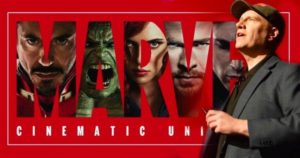 It’s no secret that Marvel movies are and have been the biggest name in town for a while now. But how did they get there? Superhero movies do monster business these days, but Marvel didn’t start or even relaunch the superhero movie craze. So how did their stars rise so high? It had a lot to do with the level of quality Marvel worked hard to consistently put out. Even more so, however, it had to do with Marvel’s new approach to storytelling, creating a shared universe of interconnected films, and a model for success that really did change the game.

Despite what many people might think,  Marvel miview are not the ones responsible for bringing back the superhero genre. The X-Men movies, owned by the studio 20th Century Fox did that, back in the year 2000. But there’s no question about it, the X-Men movies were never as big as this. They never led to such a gargantuan box office take that their movies could be released just two months apart from each other and still both do well. Such is the case with Marvel.

So is it just that the movies do really great business, or did they actually change the rules of the genre and how the comics got turned into movies? The truth is, they didn’t just bend the mold. They broke it apart. Here’s an example. The post credits scenes that you see at the ends of tons of movies (like the Fast and the Furious films…) well, Marvel started those. The same goes for the notion of a shared universe, that is now being used by Warner Brothers (Godzilla, King Kong, and maybe even Pacific Rim make up the shared Monster Universe,) and by Universal (what they’re calling the Dark Universe, featuring The Mummy, the Invisible Man, Frankenstein, and others, although this shared universe might be short lived after The Mummy fell apart at the box office.)

For Marvel, all of this started with Iron Man in 2008, and a man named Kevin Feige. This guy is the head of Marvel movie studios. He’s a producer. He’s also the one who hires all of the writers and directors. Then the directors cast their movies, with the approval of the studio, of course. Feige has single handedly overseen every one of these movies. And for the most part, he’s done a great job of hand picking directors. From James Gunn (Guardians) to Taika Waititi, (Thor Ragnorak,) these directors are more known for witty and smart cheap films then they are for action movies. They bring their sense of timing and humor and Feige helps them out with the action. That’s pretty much how it works.

But let’s get back to how this all got started for s moment. Iron Man. The first. Walt Disney Studios bought the rights to Marvel comics. The only problem here was that most of the big name characters had already been sold to other studios. Marvel only had what appeared to be the leftover scraps. Spider Man was at Sony. The X Men and Fantastic Four were at Fox. The Hulk was at Universal. Even Blade was at New Line. But Marvel knew there were some cool heroes left over that people didn’t know very much about. Iron Man, Thor, and to a lesser extent Captain America (meaning people probably knew him a little more than they did those others.)

The truth was that Marvel comics had been trying to get an Iron Man movie made (selling the rights off to another studio,) for some time. Everyone from Tom Cruise to Nicholas Cage had considered taking the part. Then Disney buys Marvel Comics, hires Kevin Feige to produce, and Feige hires John Favreau to direct. Favreau then goes and casts Robert Downey Jr, an actor with natural sense of humor as well as his own substance abuse issues (this is relevant because the character Iron Man / Tony Stark is known for being an alcoholic, although you wouldn’t be able to tell that from the movies. Still, you can see where it would be the natural result of his billionaire playboy lifestyle.)

Iron Man was a terrific film. From the humor to the effects to the origin story (you gotta love that we get to see all different versions of the suit until Starj finally gets it right,) to the villain, (Jeff Bridges nailed it,) the movie really came out of the gate firing on all cylinders. And it ended with a one-two punch of surprise twists. First, there was the actual end to the movie where Tony Stark announces at a press conference that he is Iron Man. What? A super hero giving up his secret identity on live TV???

And then there was the post credits scene. Not only did Sam Jackson show up as Nick Fury, but he mentioned something called The Avengers Initiative. He made us curious in all sorts of ways. What was the Avengers Initiative? Which superheroes would be on the team? Suddenly lightning had struck. And every movie that has had a post credit sequence to get us interested in the next film, has followed the pattern. Some say that post credit scenes are not a Marvel invention. They look to Ferris Beuler’s Day Off, where the character appeared on more time after the credits to tell us to go home. Let’s be real for a moment. This is not the same thing. That scene offers no new information, and absolutely was not trying to get us ready or interested in a future movie. It was just a quick joke. The real post credits scenes were indeed a Marvel invention, and it is just one more way that Marvel changed the game.

The Guardians of the Galaxy

The Avengers: Age of Ultron