The Future of Marvel 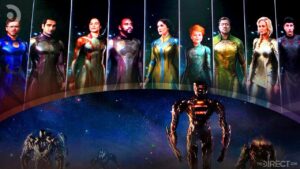 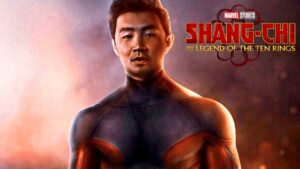 Eight movies in two years. That’s what we have ahead of us with Marvel. It may sound like a lot, but the truth is, Marvel generally pumps out three movies a year. So now moving to four movies a year shouldn’t really be such a big deal. In fact, in 2017, 2018, and 2019,  the last three years before the pandemic,  Marvel released three movies a year.

2017 was Guardians of the Galaxy Volume 2, Spider Man Homecoming, and Thor Ragnorak

2018 was Black Panther, Avengers: Infinity War, and Ant Man and the Wasp

and 2019 was Captain Marvel, Avengers Endgame, and Spider Man: Far From Home

The strange thing, of course, was the year 2020. But that was strange for everyone. That was the Covid 19 year, which we are still not fully recovered from. Theaters have not reopened yet, as we begin March 2021, although most like that will be happening soon.

So, now let’s talk about the future. Looking at the movies Marvel has released during those past four years, and their release dates (Thor Ragnorak was the only one released in the fall,  all other years Marvel’s last two movies of the year were both released in summer,) it seems obvious how Marvel can do it… release two movies in the summer, like they have been doing (one in early May, and the other in mid-July,) and then release one movie towards the start of the year (February or March,) and one in the fall. Now let’s see how Marvel actually plans to do it…

Shang Chi: And the Legend of the Ten Rings (July 9th)

So, right off the bat, one has to notice that there are two movies being released in the Winter, and that they are just one month apart. This is a very unusual move. Considering theaters will just be opening in March, and Marvel wants to allow for a little more time of people getting vaccinated and coming back to theaters,  May is the date Marvel has slated for Black Widow. Only by setting their first film of the year in May,  those early months of the year are out of the question (the last time they put their first movie of the year in May was in 2017 with Guardians Volume 2.)

Here in 2021, Marvel is going with a one-two punch of releasing two movies in the summer, one in May and one in July, just like they should be. But the problem comes down to the Winter. August, September, and October have got to be the Dog Day months of the year. That means the months where people don’t go to the movies. August has always been known as the “Dog Days of Summer,” month, but with this move by Marvel to put two movies in two back to back months, (November and December,) it becomes very clear that Marvel and perhaps the industry consider September and October to be part of those Dog Day Months as well.

Doctor Strange and the Multiverse of Madness (March 25th)

Thor: Love and Thunder (May 6th)

Well, that looks more like it. 2022 seems to be doing it right, and there’s no doubt that this is because Marvel will have the early months of the year available to them, releasing Doctor Strange 2 in March.

But here is something else worth noting. Marvel will also be releasing tons of shows to Disney Plus for live streaming throughout the year. These have actually already started with Wanda Vision. And they will continue throughout the spring and summer of 2021 with The Falcon and the Winter Soldier being released at the end of March. That will keep us busy throughout all of April, with Black Widow premiering in early May.

So Marvel really does have things covered. Even in the month between Black Widow and Shang Chi, they’ve got a show coming out. Black Widow is in May, then we get the Disney Plus show Loki in June, and Shang Chi is in July.

That leaves one show to premiere in between Shang Chi and the Eternals (in November.) That show is “What If…?” the Marvel animated show that changes events from the MCU and looks at them in a new way. So that one can come out in August, September, or October. And it will leave only two months of the year with nothing new from Marvel. That’s it. Other than that, 2021 is going to be a pretty packed year for Marvel fans!

End of March: The Falcon and the Winter Soldier, (Disney Plus)

July: Shang Chi and the Legend of the Ten Rings

August, September, October (What if….?)