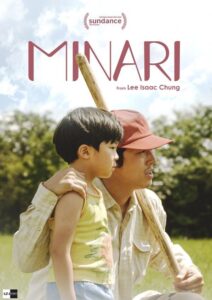 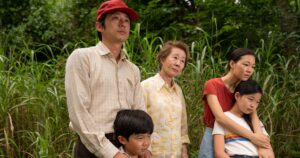 A pretty powerful and touching film, that one is funny and interesting throughout, but it really starts to get good and build in conflict towards the end.

This is a sweet little gem of a movie, filled with emotion and conflict unlike anything we have really seen before. There are no outside forces from other characters causing problems for this family, the way other movies about immigrants might feature racism or problems finding a job. Here, the problems really exist between the family members themselves as they attempt to get used to a new lifestyle on a farm in the middle of nowhere. The mother does not approve of their living situation, and isn’t afraid to let the father know it. The conflict builds throughout the movie, but the other thing that really works here is the humor. Especially the relationship between the grandmother and grandson. There’s is a relationship of acceptance, and seeing how that unfolds is pretty moving. The movie definitely moves at a slower pace, but it is smart and well-thought out, as it presents some great character is a tough situation.

Minari is a unique movie about the hardships that come with an immigrant family trying to make it in a new home. The location is Arkansas, where a family has moved in order to start a farm. The father, Jacob (played by Steven Yeun, in an Oscar-nominated performance,) has found this plot of land, and a house on wheels, and has uprooted his wife and two children from their big city lifestyle in California to this farmland and completely different world. The results are pretty awkward and uncomfortable and filled with conflict. And right off the bat, we have a very different kind of movie than we are used to. Especially in terms of dealing with an immigrant family trying to fit in… the problems here aren’t with racism from outsiders, or anything like that. They are from conflicts the family members have with each other.

The movie begins with Monica, the mother, as well as her two kids, David and Anne, driving in a car, while Jacob drives the truck filled with their belongings, up ahead of them. Just the drive through this vast farmland is interesting, with Monica looking out at the scenery and realizing this is her new home and new way of life. And she’s not too thrilled. The first lines of the movie center around the actual house, which is basically a non-working trailer, or a big box on wheels. The kids are excited, but Monica can’t believe this is where her husband has decided they all should live. Her first lines are things like, “this is not what you promised,” and “this just gets worse and worse.” You can feel for Jacob in these moments, who must want so badly for his wife to be happy, and to be receiving the worst possible reaction from her. But at the same time, Monica is being presented with a situation far different from what she imagined which will have very lasting impacts on her family and future.

Jacob takes Monica out onto the land, and bends down to show her the dirt. He talks about the color of the dirt and how that’a why he picked this land. Monica can’t believe what her husband is telling her. Because of the color of the dirt? Really? She questions him and doesn’t let him off the hook so easily. Their relationship is very real, with Monica not afraid to speak her mind, and let Jacob know how she feels. This is a theme that will build up throughout the movie, until we reach an ending where she finally lets it all out, and tells Jacob exactly what she thinks of the way he reacted in a tough situation. For now, however, it’s time to get to know the family and the land.

As far as the two kids go, David gets far more screen time than Anne. In fact, David is a main character here, almost in the movie as much as Monica. A clear difference between how the movie treats the two children is that when both of them spend the night at friend’s houses, we only see David at the other boy’s house, and don’t even check in with Anne. Another example is that when Anne leaves David and the grandmother to go to Church, we stay with David and the grandmother, as they take a walk outside through the farm. We don’t follow Anne going on the Church bus at all. So why is David such a prominent character, whereas Anne is not? There are a number of answers to this question.

The first is bases on the director’s life, and the director was the David character. He was the young boy watching his parents go through all of this. Another reason is because David has a heart condition. That means he is the character who everyone sees as weak and who the grandmother gets to realize his potential. And the grandmother is the third reason. More accurately it’s the relationship with the grandma. While Anne accepts the grandmother from the beginning, (she’s older than David, and so she has met the Grandmother before, but David never has,) David does not. In fact, his troublesome relationship with the grandma and refusal to accept her for a while becomes a major element of this movie.

There’s a lot going on here, with the movie unfolding in all different acts. In the first act, we get the move and the initial conflicts. Jacob has moved here to have more land and to have a chance of being his own boss. Back in California, he was good at his job, which was “sexting chickens,” (checking them to see which ones were male and female, and putting all the males in one crate and all the females in another,) but it felt tedious. Jacob did not want to spend his whole life doing that. And so he moved the family to Arkansas for something better. Only his wife believes the farm idea (which Jacob doesn’t even admit is a farm for a while, and instead calls a garden,) is a mistake. She thinks the family will never make it out here and will go broke.And these feelings come out in the first act. In fact, we even get the first big fight between the parents, during a storm and tornado watch, with Jacob acting like everything is okay, and Monica not letting him off the hook so easily. This, again, (like the color of the dirt part,) will be mirrored by the ending, where Monica calls Jacob out.

The second act begins with a potential solution to the problems of the first act… they will bring Monica’s mother to come and live with them. The grandmother arrives and Monica does become more happy at first. Here, on the farm, she has no friends and nobody to relate to. At least having her mother there is a start. Plus she can now go to work (sexting chickens,) and know that her children are safe at home, being watched by her mother. Only with the grandma living with them isn’t completely smooth. Not for David, anyway. This grandma is strange. She watches wrestling and wears men’s underwear. She uses bad language and plays cards and doesn’t know how to bake cookies. David has a really hard time relating to her. Especially when she does things like call him “pretty boy,” or tell kids at the Church that David’s “ding dong is broken.” The look he gives her, in this moment, is priceless.

That second act is the funniest one. David and his relationship to his grandmother are hilarious. The act includes things like David sneaking into his sister’s room at night because he doesn’t want to sleep in the same room as his grandmother, David telling his parents that she doesn’t like her because she has a “grandma smell,” and David giving her a cup of his urine and pretending like it is Mountain Dew. All of this works. In many ways the second act is uplifting, as it is more about happiness and a temporary solution to their problems with the arrival of the grandmother. But then act three hits, and it’s a whole new set of problems. First, the well, which Jacob refused to pay for and insisted he could do himself, runs dry. Then the owner of the market who agreed to buy Jacob’s food cancels the order, just when Jacob is ready to ship it out. Things get so bad that Jacob starts to question his marriage, telling his wife, “if the farm fails, then you can take the kids.” He knows she has wanted to leave all of this time, but he cannot accept the defeat and failure and then go on continuing with them. This level of shame might be considered noble by some, but to Monica, it is Jacob putting himself and his farm first, instead of the family.

While things get worse for Jacob and Monica in act three, they get better for David and his grandmother. This is the exact opposite of how things were in act two. There it was Jacob who was having success, and David who was having trouble adjusting to a change. Now, in act three, David sees things in his grandma that he doesn’t even see in his own parents. For example, his grandmother encourages him to run. She says getting hurt is part of being a child. And she tells David he is a strong boy (very different than “pretty boy,” in act two.) She even discusses with him how she bets that nobody has ever called him that before, but that it’s true. And just when everything seems to be going well between David and his grandmother (literally the night he spends cuddled up in the same bed as her, with her hugging him,) he wakes up to find that she has had a stroke. In a sense this is kind of like a character who is ready to die, but holds onto life until a problem is fixed. Only after the solution comes can the character let go and be free. Of course it’s not the same, since the grandmother had no choice in her stroke, but it is interesting to note that it happens right when things have finally been resolved between she and her grandson.

The fourth act is where the family deals with the stroke and then new conflict between the parents. This is the act where the truth finally comes out between Monica and Jacob. First, he tells her he is okay with her leaving (again.) Then the two of them get good news about David’s condition from a doctor. This is followed by good news about another market owner wanting to buy Jacob’s produce. And following the pattern of this movie, when good news happens in one area, then bad news happens in another. So as Jacob is celebrating all of his sudden good fortune, Monica is more depressed than ever. And this time she lets Jacob know. Like the dirt and the tornado scenes from act one, this time she really calls Jacob out on the way he acted, and lets him know that everything is not alright. she hasn’t forgotten he gave up on them. All of this leads to a final act with a fire that really climaxes the entire movie, while also hoping to resolve all different conflicts. It’s pretty amazing. This is a deep and poetic film. It requires careful thought and attention to details. But boy is it an enjoyable movie.