Most Anticipated Movies of 2022 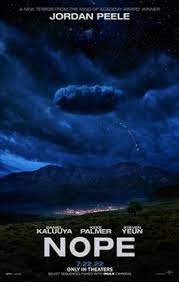 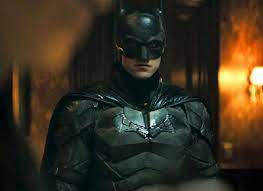 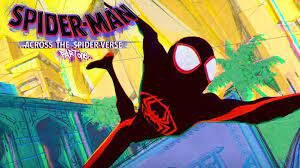 Many people have made predictions that we would get to the point where the only movies in theaters were big budget IP movies, like superhero films. Then the pandemic happened. Older audiences that were more interested in historical stories and more mature content stopped going to the movies. A film like the Matt Damon-Ben Affleck historical picture The Last Duel, which got great reviews and was a very smart and impressive film, fell flat at the box office. And now here we are, facing a year when that prediction about IP movies seems to be coming true. Not that they are the only movies being released, but more so that they are the only things being released that anyone seems to be interested in.

Looking at 2022, superhero movies are everywhere. Now that’s not a bad thing, as these movies often tend to be a lot of fun. Especially the Marvel ones. But a mix of some original content added in there goes a long way. And as of now, there’s only one noteworthy original film on the slate for next year… Nope, by Jordan Peele.

So let’s start with that movie. While we don’t know much about Nope, other then that it looks like it might be about aliens (maybe an aliens among us movie like Invasion of the Body Snatchers,) what we do know is that it’s directed by Jordan Peele. And that’s the main reason why this film is worth paying attention to. Peele’s Get Out was one of the best movies of the last twenty years. His follow up film, Us, was also pretty solid, creative, and haunting. This guy makes clever films that keep the audience thinking about and talking about them afterwards. So Nope is definitely something we should be interested in.

Other non- superhero movies on the list include Top Gun: Maverick (May,) Jurassic World: Dominion (June 10th,) and Avatar 2 (Dec 16th.) But unlike Nope, these are all IP movies, meaning they are part of an already existing series. Even still. They have potential to be fun, at the very least, and possibly good as well. So let’s talk about them…

And then there are the superhero movies. Each year the amount of them being released per year seems to increase. This year there are ten. Five from DC, three from Marvel, and two from Sony. Considering that Sony only has one hero under their label, Spider Man, and we’re still getting to movies from them, and neither one is a live action Spider Man film really tells you something. It really shows just hiw much they are making now.

Considering this is an article about the most anticipated movies of the year, not every superhero movie being released has a place here. Morbius, for example, one of those two Sony releases, looks pretty lousy. And I’m not especially excited about Aquaman 2.

But then there’s the long awaited follow-up to Into The Spiderverse, called Across The Spiderverse. And if that movies anything like the first one, it will be a hell of a ride. There’s also a slew of sequels from Doctor Strange 2 to Shazam 2 to Black Panther 2 to Thor: Love and Thunder (Thor 4.)

And then there are some newbies. A new Batman. A new villain movie starring The Rock, called Black Adam. And a new Flash movie. And most of those come with their own little unique angle. for example, with the Flash, the most exciting element is that they’re bringing back Michael Keaton as Batman. With Black Panther 2, it’s a matter of how the hell are they going to do it without Chadwick Bozeman? And with Thor Love and Thunder, the question is what kind of crazy antics will director Taika Waitit pull off  this time, and how is he going to top himself? These are all questions that will be answered in the new year. Here’s hoping the potential on all of these turns out to be as promising as it seems.

Doctor Strange and the Multiverse of Madness (May)