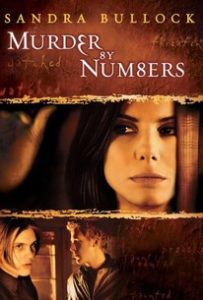 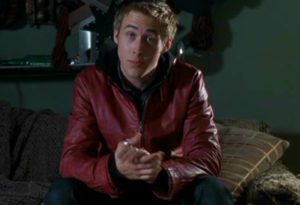 A solid mystery, and a different kind of noir, this one has us know who the killers are early on, and watch the tricks they pull in order to try and get away with it.

A pretty cool film noir, this one is a dark murder mystery where we know who the killers are from the very beginning. That’s a dangerous game to play because it means the audience is always ahead of the detectives and that there can be no red herrings, for the audience to fall for. The only way to pull this sort of thing off is to have the killer (s) have such interesting personalities that we can follow them on almost the same level and amount of time, that we are following the detectives. And that’s exactly what this movie does. It gives us two killers with charming personalities who decide to commit a murder because they want to see if they can pull it off. These are well off, preppy kids, who think they have the world at their fingertips and can outsmart the most experienced of police. But it’s not just their arrogance that’s so intriguing. It’s their intelligence. These two kids have read every book on murder investigations and know exactly which cards to play and how to play them. Watching them sets the traps for the detectives to fall into, and watching the one rogue detective who doesn’t buy any of it, (played by Sandra Bullock,) turns out to be a lot of fun.

There’s a lot to like about Murder By Numbers. For Sandra Bullock, it’s one of her first completely serious roles. She tried doing suspense with The Net and actually pulled it off with Speed, but nothing went as dark as this movie does. What we have here is an ugly and gritty film noir. Now this isn’t on the same level as the some of the best movies in that serial killer / murder mystery genre, such as Seven or The Silence of the Lambs, and maybe that’s because this one clearly has an agenda. It is unlike those other films, in that this movie tells us who did it from the beginning, and let’s us watch as the killers try to pull off getting away with the crime right in front of the faces of the detectives. It’s a different way of telling the usual story, and for that, it deserves a lot of credit.

The idea to have two killers with no motivation whatsoever is the basic premise of In Cold Blood, the Truman Capote book about two killers out in Kansas, (which was inspired by actual events.) If there’s no motive, than it’s incredibly hard for the detectives to make sense of the crime. And that’s exactly what are two killers are banking on. They are Richard, (Ryan Gosling,) and Justin, (Michael Pitt,) two teenage heart-throbs who come from wealthy families and have had the world handed to them on a silver plate. These kids are smart, spoiled, and arrogant as hell. They’re plan is to kill a woman simply because, “why not?” It’s a game for them. Something they think might be fun. And that kind of logic just might be the scariest of all.

For Ryan Gosling, this movie was one that helped define his early career. He has since gone on to become an Oscar nominated mega-star, and this movie was certainly a stepping stone that helped get him there. People will look to the Notebook as the movie that cemented Gosling as a movie star, (and then of course, to things like last years La La Land, as the movie that showed just how A-List he is, and how much he could do the impossible,) but Murder By Numbers is the movie that showed he had real personality and was more than just another one of the kids from Remember The Titans.

The characters are actually one of the best things about this movie. There are four main characters, and all toe the line of being cliches and then find a way to be radically different from what we might expect. Sandra Bullock, as the star of the movie, gives one of her strongest performances. She won an Oscar for The Blind Side and carried the movie Gravity pretty much all by herself, (although let’s face it, the special effects were the real star of that movie,) but this is the movie that showed she was an actress who should be taken seriously. Here, she is a detective who is a total mess. She’s terrible with guys, terrible at following rules, and has a whole ton of anger inside her that absolutely impacts the way she is on the job. She’s also a hell of a detective, or “a hyena” as she is nicknamed, because a female hyena has the body parts of a male. Only this isn’t funny and charming Bullock. This isn’t the detective she played in The Heat. This is sad and depressing and severely messed up Bullock, and she pulls off the role nicely.

Bullock plays Cassie Mayweather, a woman with quite a reputation. When we first meet her, she’s investigating the site of a dead body found in the woods, and tip toeing around the crime scene. This is where we also meet her new partner, Sam Kennedy, (played by Ben Chapin.) It’s always funny when a murder mystery starts with the detective getting a new partner. You have to assume that in real life, detectives either work together for case after case, or at least are aware of each other in the department and have had encounters and conversations with each other before. But the new partner routine has gone from a cliche to a staple of the genre, due to movies like Seven, and it helps to introduce us to the characters real fast, (as they are being introduced to each other.) This movie makes the case for why Mayweather has a new partner, because she sleeps with every partner she has and then ends up giving them such a hard time, that they resent her and request a transfer. If she wasn’t so good at her job, she’d be out of there already, based on inappropriate relationships and behavior.

Mayweather does end up having relations with Sam here, as true to form, but that’s in no way the heart of the story. In fact, it is basically in the background. The real story is about these two boys who think they can get away with murder, (literally.) They think they are smarter than the cops, and that’s because they have read a ton of books about real life murders and how the police go about conducting investigations. Richard and Justin have a house out by the water that they go to for escape and hideout at together, in order to keep their friendship a secret from the world. These two are into some very weird things including sitting by a photograph they made which combines the two of their faces into one. I suppose it’s supposed to be the perfect specimen. That’s pretty much how crazy, (and in love with themselves,) these two are.

The first thing that brings the detectives to Richard for questioning are the footprints made by his boots. These are very specific boots that are expensive and practically one of a kind. The detectives are able to find the place where they were purchased and trace the sale to Richard. Only he’s one step ahead. When they confront him about the boots, Richard’s response is, “did you find them?” He reported the boots missing, stolen from his school locker, weeks ago. He even made a whole big fuss about it. And all of this is documented by a report he filed. Now, knowing he’s the killer, and that his boots are so rare, why even where them to the murder scene to begin with? Because Richard wants to beat the cops at their own game. He wants the chance to go toe to toe with them and look them in the eye, while giving them a story. This kid is so full of himself that he has a tape recorder running in his pocket, when the detectives come to interview him, and later on plays it back to Justin to show off how sly and witty he was.

Things don’t quite go as planned, however, when the detectives find vomit at the scene where the body was dumped and have it analyzed. The report comes back saying that there were fish eggs (caviar) in the stomach of the person who threw up. At that point, Mayweather starts investigating restaurants in the area, until she finds the ones that have caviar on their menu and finds out who ordered it that night. Apparently Justin comes into the restaurant on a regular basis to have that. This leads her to go and interview Justin. And one of the big things that comes up, at this point, is whether or not Justin and Richard know each other. The answer that Justin gives her is that he used to tutor Richard, but now the two are enemies. It’s the way the two present their relationship to the world, as seen by an early moment in class, when Richard is bullying Justin. These two don’t want anyone to know that they are actually friends.

When Richard uses a janitor who deals weed to students, (played by Chris Penn,) as a fall guy, the cops are ready to close the case down. Everything has been planted to precision on this guy, from the fibers of her carpet, (that were found on the body of the victim,) to baboons hair, (the janitor has a pet baboon, and the hairs were also found on the dead girl.) Even Richard’s boots are found in this guys closet. And he’s got a porn collection that matches the usual serial killer’s profile. There’s talk about profiling here, and Mayweather and Sam sit around a dry erase board marking up exactly the kind of person they are looking for, but of course the truth is that the two kids who actually did this don’t match the criteria at all. Still, the movie gets its title from all this, with a murder and killer that all seems to be a by the numbers, open and shut case.

Only Mayweather doesn’t buy it. She’s convinced that Richard is the killer, in large part because of her past where she’s dealt with guys like him before. The backstory of Mayweather, and her former husband who turned out to be abusive, isn’t explained enough, but it’s basically the motivation for why she won’t drop her suspicions of Richard. When her higher ups want the case shut down, Mayweather goes it on her own, staking out the houses of the boys, dumping out their trash, and paying out of her own pocket to have the contents analyzed. She goes all out, and is somehow able to convince her higher ups to play along, and keep the case opened. As unbelievable as all this sounds, it turns out to be pretty suspenseful. We even get scenes like a double interrogation with both boys being brought in and interviewed at the same time, in different rooms at the police station. We pull back to see the one master where detectives sit in darkness, viewing both interrogation rooms at the same time. This is pretty cool stuff. The movie is fascinating and thrilling. Sure, you have to roll your eyes every once in a while when things get a little too unbelievable, but for the most part, this movie delivers as a dark and gritty thriller.