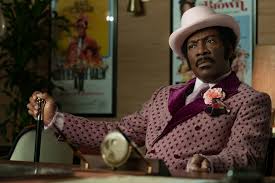 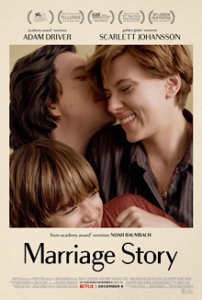 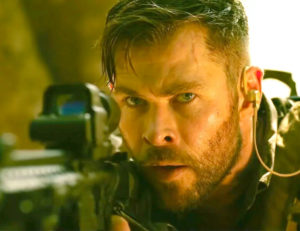 It took a while. A solid five years, really. Beasts of No Nation, the Idris Elba starring movie about kids in Africa who worked for a War Lord was the Netflix debut movie. That was 2015. The studio kept building on from there. It made a deal with Adam Sandler to make a ton of his movies, and while I haven’t seen very many, it appears that they aren’t very good. No surprise there. Of the comedies, Murder Mystery is probably the best. And the one that I am keeping my fingers crossed about is the Meyerowitz Stories, directed by Noah Baumbach and costarring Ben Stiller and Dustin Hoffman.

And that says something about talent. The company which started out as a DVD delivery service then went on to become a streaming service and now is a full blown movie studio that gets big name talent. They got Brad Pitt for War Machine and Sandra Bullock for Birdbox. They got Will Smith for Bright. Let’s stop there a moment. Bird Box and Bright represented major milestones for the studio. Not that either one was very good. But Bright represented their biggest budgeted movie, as an urban action fantasy of sorts. And Birdbox was their most popular film (at the time.) It came out at a time when everyone was talking about the studio.

That’s because Bird Box and Roma were both released in mid-late December 2019, about a week away from each other. Bird Box was the popular film and Roma was the Awards contender. It was the first Netflix movie nominated for best picture, and had a real chance of winning (it was the runner up film.) The movie was artistic as hell, and was somewhat interesting. But it was also kind of dull. It was artistic to a fault. And to find it interesting, you really had to put a lot of energy into it and care. Basically, it wasn’t an easy movie to watch.

At that point, Netflix had their popular movie (Bird Box,) they had their critically acclaimed awards contender movie, (Roma,) but they still didn’t have any movies that were actually good. None of these movies were really fun. That would all change a year later. In late 2019, for the first time, Netflix started putting out some truly good movies.Three of them. And no, the Irishman is not one of the three.

The Irishman was the movie that should have been fantastic. It definitely had all the Scorcese touches, including the genre (gangster movie,) the cast (DeNiro, Pesci, Pacino,) and the staples and style of a great Scorcese film. But it was way too long. And slow. The movie was an epic length, as if Scorcese had been told by the studio to just make it however long he wanted, since it didn’t have to play in theaters. And he took full advantage of that, to a fault. Had it come in at a decent runtime (two hours or so,) it could have been a fantastic film. But Scorcese, like many directors who get carried away when given too much freedom, lost his sense of composure and his ability to leave things on the cutting room floor.

But that us to the three great Netflix movies. First was My Name is Dolemite. This movie chronicled the rise of the man who would portray Dolemite, from his days working in a records store to his standup breakout to his making a record of his comedy, to his making a movie. And it did that by capturing every detail of the process. Next came Marriage Story, a true awards contender that was also one of the best movies of the year. That movie pulled at the heart strings and really showcased fantastic performances from its stars. What a powerful and smart drama. Laura Dern walked away with a best supporting actress oscar, which marked the first Netflix Oscar win in one of the major categories. What a tremendous success.

And now, here during the Covid 19 season, when the world was staying in doors during quarantine and the height of the pandemic, it’s Extraction. Not the Michael Bay film starring Ryan Reynolds (9 Below, or something like that,) but this Chris Hemsworth led movie by an unknown director. The guy who made this movie, Extraction, was a stuntman, (just like the John Wick guys,) trying his hand at directing, and boy did he nail it. The action is absolutely fantastic. This director is definitely headed for big studio action projects (the same way that David Leitch used being a stuntman to get him John Wick and then used John Wick to get him tons of other movies.)

And now, for the first time in five years Netflix is making actual good movies. Movies that are really worth seeing. My Name is Dolemite, Marriage Story, and Extraction. Three movies that are each as different as can be. One a comedy, the next a drama, and the third an all out action movie. And with all three of them, Netflix has hit it out of the park. Now that is something to celebrate!