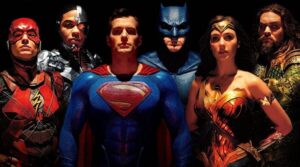 Nostalgia has never been more at the forefront of superhero movies before. By nostalgia I mean taking actors, characters, and story threads from Superhero films of the past… ones that were thought to be long dead…and bringing them back into the spotlight. We’re talking about Justice League. We’re talking about Jared Leto’s Joker (from the much hated movie, Suicide Squad,) we’re talking about Jamie Fox’s villain Electro, and we’re even talking about the two former actors to play Spider Man… Tobey Maguire and Andrew Garfield. This is all highly unusual.

Maybe it has to do with Covid, and how right now we are all just looking for something that brings us back to a simpler time. Maybe this crazy past year we have all had here in 2020 has made us a little more forgiving of past movies and mistakes, and of characters that completely missed the mark. After all, when you talk about which superhero villains-portrayals fans would most want to see brought back, Jamie Fox’s Electro and Jared Leto’s Joker would be at the very bottom of every list. And yet, this is happening. And somehow, as much as we hated those other movies, this time it seems like with these new moves there might be something to get excited about. How does any of this actually make sense? Let me try to explain…

Let’s start with Justice League. The movie was lousy. Ever since it was released, fans of Zack Snyder and the DCEU (DC Extended Universe,) have been going on about the alleged “Snyder Cut.” You see, what happened with Justice League is director Zack Snyder was basically removed from the project halfway through making it. Maybe he was fired after Batman Vs Superman sucked, maybe he left on his own because of the death of one of his children. Whatever the reason, he left and Joss Whedon came in. Whedon finished the movie and the movie sucked.

Now, who is to blame for that? I’m not entirely sure. Everyone wants to say Whedon, now, since Whedon oversaw the final product. But let’s not forget that Whedon made the first Avengers movie. Sure, he made Avengers: Age of Ultron too, which was hardly great, but with that one, just like with Iron Man 2, the general consensus is that the studio interfered too much.  And let’s not forget that Whedon cowrote and produced The Cabin in the Woods. So the man is clearly talented. And he’s talented in a very different way than Snyder,  who has got action and visuals down (300 is a masterpiece,) but wouldn’t know humor if it bit him.

So fans have been longing for a Snyder cut, and now it’s happening. As a four part HBO show, of sorts. Four hour long installments. And they’re doing reshoots right now with the original cast. It all sounds pretty cool. And on top of everything else, Zack Snyder is bringing back Jared Leto as the Joker snd Joe Manegiello as Death Stroke, two characters that were definitely short changed in their films. The thing that’s so funny is that Jared Leto’s Joker was a terrible character… or was he? The tides seem to be turning in the direction of Leto’s portrayal not being the problem, but how much of it was cut from the movie, being the real problem. And Suicide Squad had more studio interference than all of these other movies combined. With that one, director David Ayer filmed and edited whole plot points that the studio refused to let him put in the movie.

So Justice League is coming back (in a way,) and it will feature a very different movie with tons of reshot footage. But that’s not the only movie bringing back nostalgia and putting it front and center. So is the new Tom Holland Spider Man movie, the third one of his trilogy. Holland is giving the best portrayal of Spider Man that we’ve ever seen before. Finally they cast an actual teenager in the role. But that doesn’t mean there’s no room for the other, former Spideys… Tobey Maguire and Andrew Garfield… apparently.

It all has to do with something called the Multiverse. The multiverse is something that was first introduced to us, on the large scale, with the animated movie Spider Man: Into the Spiderverse. That movie was amazing. It was smart and lively and fun. And it introduced this concept that there are other versions of the character out there, in other dimensions. Well, about a year ago, rumors started popping up that Sony was looking to bring Tobey Maguire and Andrew Garfield in to do voice work as their Spider Man iterations in the sequel to Into the Spiderverse. And then what must have happened is, once Sony learned that the actors were interested, they said, “hey, why waste the opportunity with these guys by putting their voices in an animated movie when we can actually have the actors on screen in a live action movie. Especially considering that the Marvel Cinematic Universe is about to introduce the Multiverse in the Doctor Strange sequel.. Doctor Strange and the Multiverse of Madness?

The idea definitely makes sense. Especially in how it connects to Spider Man into the Spiderverse. First, Into the Spiderverse already gave us the other versions of Spider Man. That was the whole point of that movie. We got the Chris Pine version and the Jake Johnson version, and even the Nicholas Cage version. And secondly, how perfect that Into the Spiderverse, the animated Spider Man film was the first one to introduce this multiverse concept, and now the live action Spider Man movie will be the first film to actually bring in the other actors and other portrayals. I mean, this is something that has never been done before. You’ve never seen and probably will never see former James Bond actors together… showing us that Bond is just a code name and there have been all different Bonds throughout history.

Oh, and to bring it back to DC for just a moment, they’ve got their version of this going on too…it’s with the Flash movie that will bring back all different iterations of Batman… I believe Michael Keaton, Christian Bale, and Ben Affleck have all signed on. So clearly, nostalgia is king. And maybe that’s a good thing, and maybe it’s not. After all, bringing back Jamie Fox’s Electro seems like a pretty dopey move when the villain was so hated, but maybe the studio knows something we don’t with that one. Maybe they will actually feature Electro’s signature look, the mask with all the electric shocks coming out of it like jig jagging lightning bolts. Who knows.

What we do know is that if this works, we will see more of it. Maybe that means Suicide Squad gets A David Ayer cut. Maybe it means all the Bonds do come back (at least have Daniel Craig and Pierce Brosnan cross paths, please.) Maybe it means they remake Jason Bourne with another actor and have Matt Damon in the movie, passing off the torch. All we know now is that between the Flash movie, the new Spiderman movie, and the new version of Justice League, nostalgia is very real and very much coming back at us. We best be getting ready for it.