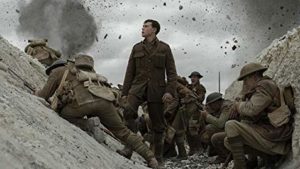 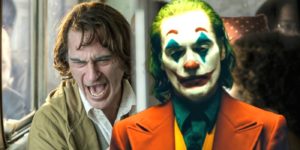 The Oscars are this Sunday. It’s another “Oscars  So White,” kind of year, where only one acting nomination (out of twenty,) is for an African American. And that’s pretty ridiculous. People always say there just aren’t enough good roles for African American actors out there, and so there’s not enough for the Oscar voters to consider nominating. But if you look at who was snubbed this year,  its not really that simple. There are two actresses, in particular, who are indicative that there are indeed strong roles that Oscar voters are choosing not to nominate. Both are non-white. Lapita Nyongo for Us, and Jennifer Lopez for Hustlers. Oh, and there were no female directors nominated either. The major snub there is Greta Gerwig for Little Women.

So the Oscars is once again a party of white men, and it’s unfortunate, because some of them did a really great job and don’t deserve to have to be up there making speeches about how ridiculously non-inclusive the nominations are. Just this past week, at the BAFTA awards (British Accademy,) Joaquin Phoenix won for Joker and made one of the best speeches ever. He was blunt as hell, saying things like, when we don’t nominate anyone of color we send the message that “you’re not welcome here,” to minorities. He was right.

And he should win the Oscar for Joker. So you better believe he’s got another powerful speech loaded up and ready to go. Speaking of this years actual nominations and predictions, it’s going to be a pretty straight forward list of winners. That being said, there’s always a surprise out there, so for each award I’ll give my  top prediction and my runner up prediction. Here it goes…

1917 should most definitely be the winner. Aside from its historical content and epic feel, the movie is a technical masterpiece. It’s unlike anything we’ve seen before. This World War I movie uses tracking shots, steadicam, and crane shots to make it all feel like one continuous motion, with no breaks. Birdman, the Michael Keaton behind the scenes of a Broadway show movie, did this about five years ago and won. And that movie took place inside a building, with a controlled location, and a present day story. 1917 does it outdoors, in a wartime historical setting. And it has a fairly simple, bare-bones story, that is also pretty emotional. It’s impossible to not like this movie. It’s impossible to not feel something, watching it.

If there is a runner up, it’s Parasite, but that would just be for the Academy to show how “woke,” and enlightened they are.  It’s the choice of a Korean movie by an artistic filmmaker. And it’s a fine movie with some social commentary. But it’s nothing great. 1917 is great. That should be the winner.

Runner Up: Quentin Tarantino, Once Upon A Time in Hollywood

Based on the incredible technical achievement that is 1917, Sam Mendes should be the winner. This has to have been an incredibly challenging movie to make. Imagine the amount of tracking and crane shots that needed to be used. Imagine the amount of rehearsing that must have gone into every shot, to get it just right when the camera was tracking and following actors around. Mendes deserves to win for this one far more than he did when he won for American Beauty. And hopefully he does.

But if it’s not him, it will probably be Quentin. For the first time in a while, Tarantino has served up a star-studded mainstream movie that is also a bit time period movie. It’s about the sixties and seventies in Hollywood. Now Hollywood loves time periods and they love movies about the industry. Plus they love big stars. This movie has got them all. “Once” will probably win for Brad Pitt with best supporting actor, but Pitt is really just playing himself. The movie, on the other hand, is a real achievement. And the Accadrmy most likely loves the ending, in which Tarantino has rewritten history in a way that is even more creative than what he did to Hitler in Inglorious Basterds.

It’s got to be Phoenix. He is just so unbelievably good. He’s truly giving it his all here, playing a guy who is unhinged and a mess, and doing it Rhine taking on a role that required true bravery just to even consider. You see, Heath Ledger already won an Oscar for playing the Joker, and it wasn’t all that long ago either, (2009.) Plus, it’s the time that Ledger died while playing, in large part because of the medications he needed to take and headspace he needs to get into to play the part. Trying something like that again (a super serious version of Joker, I like say, Jared Leto’s Suicide Squad version,) had to take real guts. And the level to which they pulled it off is pretty incredible. Plus, there’s it’s massive success. This low budget, out there, R rated, artistic take on a superhero villain, is the highest grossing rated R movie of all time. And Phoenix’s performance is right there, front end center of the whole thing.

If somehow Phoenix doesn’t win, it should be Adam Driver. He definitely gives a remarkable performance in Marriage Story a Charlie, a father going through a divorce and trying to maintain a relationship both with his son and with his ex-wife. Driver is terrific here. You really feel for him every step of the way. Truth be told, his performance is even better than Phoenix’s. The difference is that Phoenix’s is more of a sensation and took more guts to play. Phoenix will probably win, but if not, Adam Driver should be right behind him, next in line.

With this one, I haven’t seen the Rene Zellweger movie, Judy. In fact, most people haven’t. And that says something, more about why it probably will win than why it probably won’t. You see, when a movie does really well at the box office (like say, Joker,) and it’s a top contender to win an award, one might get to thinking that part of the buzz is really just people tho liked it. But when nobody saw the movie and it’s still the front runner to win, you have to know it’s because it deserves yo be there based on the performance. And nothing else. No politics, no popularity, just the performance. So I’m guessing this Zelwegger performance is really really good, and that she deserves to win, (and most likely will.)

But if it’s not her, then maybe it’s Scarlet. After all, it’s Johansen’s second nomination this year alone. She’s nominated in the best actress and the best supporting actress category. There are more Scarlet Johansson nominations this year than there are African American nominations. And in Marriage Story, in particular, she was damn good. Plus, unlike Judy, that’s a movie they lots of people saw.

Best Supporting Actor: Brad Pitt, Once Upon A Time in Hollywood

Runner Up: Tom Hanks, A Beautiful Day in the Neighborhood

This one is strange, because Brad Pitt is definitely the front runner, but why? You see, he’s basically just playing a blue collar version of himself in the sixties. The character is a likable, low-key, down to earth kind of guy.  There’s nothing special or eccentric about him at all. So why all the buzz? Because he is so likeable and because the movie is really good and because it’s Quentin Tarantino and because it’s Brad Pitt. Of all the nominations and contenders and movies, this one is the most A list and the most mainstream. Sure Scarlet is an A list actress, but she’s in an independent movie. And Joker did extremely well, but Joaquin Phoenix is still an indie actor. It’s Pitt in Once Upon A Time that really checks all the boxes. He’ll bring some light-hearted energy to the Oscars.

Bit if it’s about who really deserves it, then it’s Tom Hanks for playing Mr. Rogers. The movie, A Beautiful Day in the Neighborhood, isn’t great. But Hanks sure is. And Mr. Rogers is a tricky character to play. He’s nicer then nice, of course, but he also has to seem human and have a bit of a dark side, even if it’s hurried down deep. Hanks gives us that. He lets us see a man who has been through a lot, and came out as a genuine, great person. And he does it with a supporting role, which means he really doesn’t have all that much screen time to use to get the job done. Hanks is probably not on anyone’s radar to win, (he’s won so many times before, that he’s the Meryl Streep of male actors,) but he is probably the most deserving to win.

This one has got to go to Laura Dern. She inhabits the role of a greedy, hungry lawyer who still comes off as sweet and gentle (only in. Fake way,) perfectly. She’s angry and out for blood in Marriage Story, but she does it with such ease that she never gets worked up or loses her temper. This is the role that Dern was born to play. In fact, it’s not all that far off from the character she plays in HBOs Big Little Lies. Only there, we follow the story of her home life, whereas here, it’s all about her on the job. She completely knicks it out of the park with this one.

If there’s someone else, who could dethrone Dern, maybe it’s Florence Pugh, for Little Women. The Oscars will want to give something to this movie, and have so far been treating it pretty poorly. It’s director, Greta Gerwig, didn’t get a nomination along with the boys, like she probably should have. This might be a way of giving back. This is the award that could show the academy is supportive of women, not just a single woman, but the movie itself which is all about women, and even has the word “women,” in the title. It’s going to be Dern who wins, but if somehow there’s an upset and Pugh is the one to dethrone her, you better believe the reasons behind it will be politics.

So there it is. The full list of potential winners and runners up. The predictions and the reasons behind each one. Only a few days now and then we’ll all see how it actually goes. Most likely there won’t be any surprises. Things seem pretty straight forward, as of now. But there’s always that possibility of an 11th hour Moonlight upset, so we’ll just have to wait and see.