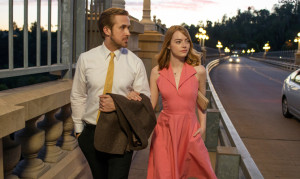 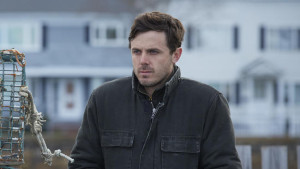 The Oscars have always been the most important film honoring ceremony and the highest prestige of cinematic awards each year. This year is no different. What is different, however, is how similar each movie nominated is, and how much it shows us that the Oscars really do just want more of the same.

Gone are the fun and uniquely visionary films like Mad Max: Fury Road and The Martian. The closest we get now is the artistic Sci-fi drama that is The Arrival, which is more serious and less fun than one might have hoped for. But what we do have is a hell of a lot of depressing dramatic films. From Manchester By The Sea to Moonlight to Fences to Lion, it’s pretty crazy how upsetting some of these movies are, and how clear it is that this is exactly what the Academy wants. It’s either incredibly upsetting or somewhat uplifting with a dramatic edge (Hideen Figures, La La Land,) and what’s missing from all of this is the fun.

Hell or High Water is the only thing that even might be considered an action movie, (and a slow one at that,) about bank robbers and criminals and the sheriff chasing them down. A decade ago the movie that won best picture of the year (No Country For Old Men,) fir into the same genre and ideals. Now, a movie like that is lucky to be included on the list.

Wirh everything dulled down, depressing, and dramatic (even La La Land is far from light hearted,) it would have been nice to see something more in the public eye get s nomination. Either Deadpool or Captain America: Civil War would have made for a nice contender. This idea might seem laughable, because of how different those movies are than the dramatic and upsetting films that were nominated. But what most people don’t know is that Deadpool really was nominated for best picture at some of the other prestigious award shows (like the Producers Guild of America.) And Captain America Civil War found the perfect balance of drama and comedy, which is an accomplishment unto itself.

Add that to the fact that the movie that changed the nature of the Oscars (in terms of how many films could be nominated,) was The Dark Knight. That’s right. A superhero movie. The Dark Knight was NOT nominated for a best picture Oscar, despite Heath Ledger actually winning the best supporting actor award (posthumously,) for his role as The Joker. And people were rightfully upset by that movies lack of a nomination. After all, it was both the most artistic, most dramatic, and best superhero movie that there pretty much ever was. So what was the reaction by the Oscars? They upped the amount of movies that could be nominated for Best Picture of the year from five to ten. The minimum amount is still five. Since making this rule, the average has always been around eight films. And yet still no superhero movie.

It’s a shame because not only have the Academy Awards made a declaration with these lack of nominations, to say that they won’t nominate a film unless it fits a certain genre or mold, but they also show how far away they’ve gotten from free thinking creativity. Case in point.. comedies don’t get nominated anymore. Not for anything. The same year that The Dark Knight was snubbed from  a best picture nomination,  the Oscars were at least still recognizing comedy. Robert Downey Jr. got nominated for playing a comedic black man in Tropic Thunder. That was the academy showing some acceptance for creativity and risk taking. A decade earlier,  it was even better. Marissa Tomei actually won for her comedic role in My Cousin Vinny. Something like that would be unthinkable today.

Last year, the nomination of Mad Max: Fury Road showed promise. It showed that once again, maybe the Oscars were willing to take a risk. Unfortunately it came in the year of the “Oscars So White,” scandal where not a single black actor or film with a black cast got nominated. How did the Academy miss the chance to nominate Straight Outta Compton? What a mess that year was. And this year was all about making amends for it. Notice the top nominations for not one, but three films with black casts… Fences, Moonlight, and Hidden Figures. For most of the year, the talk of the town (in artistic film circles and film festivals,) was the movie The Birth of A Nation. But then right before it got released, a scandal broke out with the movie’s star, Nate Parker, and a rape that he had once been accused of took center stage. Parker refused to apologize and the movie quickly left theaters. People weren’t interested in spending money to watch this guy. Moonlight pretty much took its place, filling the void, and picking up the slack.

So the positive to come out of all this, and least over the past two years,  is that the Oscars So White situation was corrected and will hopefully never happen again. And now that the nominations are out, and some clearly have more potential than others, the questions that remain are who will be the winners and what does it all mean?

Best Picture of the year will almost certainly be La La Land. One, it’s a musical. Two, it’s about the industry (like The Artist was.) Three, there’s the time of the year it came out (the Oscars really go for movies from November-December.) and 4, it’s got a young cast that might bring some viewers to the accident. Similarly, best actor will be Casey Affleck for Manchester By The Sea. He’s young and likeable, (despite a charge against him that has striking similarities to Nate Parker’s situation.) And Manchester is a hell of a movie, with Affleck giving a powerful performance.

Other than that, it’s Viola Davis winning for the “it’s about time,” award that Di Caprio won for last year, and the rest is anyone’s guess. Hopefully next year will bring us a fresher crop of nominations. After all it was just over a decade ago that the third Lord of the Rings film won best picture Oscar.. I’d like to think that somewhere out there in the future, something like that is still a possibility.