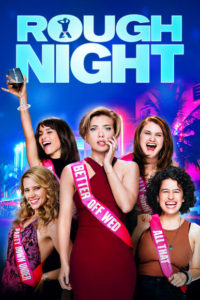 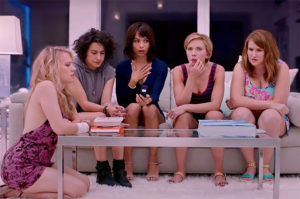 Its Very Bad Things meets Girls Trip with a recycled plot we’ve seen many times before. Luckily some decent humor does help move it along.

This movie is just no good. It’s not terrible, or anything like that, (although it certainly does have some terrible moments, like the fiancé jumping around onto truck windshields at a gas station while wearing a diaper,) but there’s also some humor in the movie that actually works. The problem is that the storyline doesn’t. The characters barely have traits that define them, and the plot is simply about a bachelorette party where the girls kills a stripper by mistake and then have to spend the rest on the movie trying to cover it up. Talk about a familiar storyline. This one really has nothing new to add to the genre or usual way that this sort of story tends to go. Sure, it wants to be the Hangover, but it doesn’t put in the effort to get anywhere that movie. You can feel them writing the script for this one, letting it fall into the same, familiar holes that all other bad movies do, and just shrugging it off, because they didn’t care. It’s a shame, but it’s true. Some movies just shouldn’t have been made because they simply don’t have enough to offer. Rough Night is one of them.

Rough Night is not a very good movie. It’s got a likable cast of actresses all coming together to enact this scenario that we’ve seen a bunch of times before. A bachelor party goes horribly wrong when a stripper is killed. Now the ladies have to cover up the murder. We got this storyline in the very dark, black comedy Very Bad Things. That movie wasn’t for everyone, (it had some of the most bleak humor imaginable,) but it did have guts. It went all out, not only with humor, but also with plot. Rough Night does not.

It tries to recycle this plot line that really has been seen so many times before. If it’s specifically a stripper, then it’s Very Bad Things, or it’s an HBO movie called Stag. But what about The Loft, a movie about a bunch of guys who keep a secret apartment to take women up to for one night stands. When one of the women is killed, the coverup begins. And what about the classic comedy Weekend At Bernie’s where characters arrive at a beach-front vacation home (just like the characters do here,) to find a dead body. They then have to spend the duration of the movie trying to cover it up. So calling this a familiar plot is a definite understatement.

Which leads to the question of why this talented bunch of actresses would sign on to make the movie. The answer is that there just aren’t enough good, female driven projects. There was Bridesmaids, The Heat, and Bad Moms, in the past decade, and that’s really just about it. That’s how Scarlet Johansson, one of the most bankable movie stars in the world right now, decides to do a film like this. It’s the appeal of making a female version of The Hangover. Only there was another movie that came out shortly after this one, that actually did that and pulled it off…Girls Trip. A movie that didn’t have to rely on murder and coverup to have a fun and entertaining time.

Rough Night, unfortunately, does. The movie starts out just fine. In fact, basically everything leading up to the stripper problem is pretty good. We meet the girls in a flashback to about ten years ago, when they were at a college party. Two of them, Blair and Frankie, are in a lesbian relationship with each other. The other two are partners in a beer pong tournament and talking about how they need to win this game for the sake of womankind everywhere.

Soon we travel to the present day, where Blair and Frankie are no longer together. Jess (Scarlet Johansson,) is getting married and has invited a bunch of friends down to Miami to celebrate her bachelorette party. There’s Alice, (Jillian Bell,) the crazy one, Pippa (Kate McKinnon,) the Australian one, and then Blair and Frankie. The fact that most of these women have no defining trait or characteristic tells you something. Just compare it to the Hangover, for example, where each of our three guys had at least two defining traits. Maybe more. In Rough Night the movie seems to be on a mission to do and give us as little as possible.

With that in mind, it’s kind of amazing that even s little bit of this movie works. The cast is likable and fun. Kate McKinnon, in particular, with her wild Australian accent, is a blast. And Scarlet Johansen as the normal one to Jillian Bell’s crazy is right on point. What doesn’t work is the storyline about how Jess has been slowly cutting Alice out of her life, having a secret bridal shower that Alice was not invited to, and things like that. News flash, if she’s one of your best four friends in the world, going to your bachelorette party and all, maybe invite her to all the other stuff. If for no other reason, she’s obviously going to find out about it while down there in Miami with the other girls.

The stripper situation is indeed where the movie starts to go downhill. It’s just the point where a film that could have gone in all different directions decides to settle in to the one direction that we’ve seen over and over again before. They kill a stripper by accident and then have to hid the body. That includes taking the body out to the ocean and putting it on.a jet ski and sending it out to sea. There is one very funny moment where Blair, (Zoe Kravitz,) has to have a threesome with that couple after all, just so she can have the couple record it on their security camera and then steal the tape. This is because the girls think their murderous behavior of moving the body was caught on the security camera. So they need to get the footage. Watching Blair, “take one for the team,” and seemingly enjoy it, is kind of funny.

But other than that, the humor pretty much goes away in the second half. And in some cases, it gets really really bad. The most notable of those situations has to do with Jess’ fiancé, Peter. When we see Peter at his tame bachelor party, with a bunch of guys sitting around drinking wine, it’s pretty funny. Especially when they have a sommelier come over and explain the wine to them as if it is a wild adventure. But when one of Peter’s friends gives him a tip about how to make a long distance drive take a small amount of time, by wearing a diaper the whole time and doing his business in the diaper without ever stopping, you know you’re in for some pretty stupid and juvenile humor. What you don’t expect is to see this guy, in a diaper, jumping around from truck to truck, hopping onto the windshields like a monkey, with a squeegee, trying to make a few extra bucks. That’s where the movie hits a low point.

Rough Night is a movie that intentionally plays in familiar territory and doesn’t really think twice about it. There are so many movies about having a dead body and needing to hide it, without getting caught. Men At Work comes to mind as still another one. But this one is supposed to be different because it is about a bachelorette party, so it’s women. Is that really supposed to be enough? Maybe at a different, simpler time, like over a decade ago, that kind of comedy could fly, but not in a year where you actually do have a woman get away trip comedy (Girl’s Trip,) that really is funny, and doesn’t involve hiding a dead body. Rough Night does have some decent elements and humorous moments in it, from time to time, but those fall way short in the second half, which becomes directly focussed on a routine plot. This is one of those movies that had nothing new to offer and really shouldn’t have been made. Sure, there are some likable moments, but that’s hardly enough to base a whole film around.