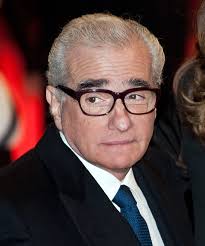 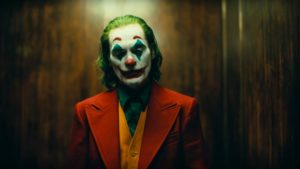 Why, Marty, why? I love Scorcese as much as anyone. Goodfellas is my favorite movie of all time. Casino is up there. So is Taxi Driver, Raging Bull, and Mean Streets. And that’s all the Scorcese of old. In the past two decades he’s had a career resurgence with leading men Leonardo DiCaprio and made great films like The Departed and The Wolf of Wall Street. These are some of the best movies of the last twenty years. And now, Scorcese has got the Irishman coming out on Netflix, starring his former go to guys, DeNiro and Pesci, along with Al Pacino. And it is supposedly great.

Do with all of this going on, you would think Scorcese was on top of the world. Other than Spielberg, no other director from the 70s-80s is still making high profile films today. Where is William Friedkin? How about Francis Ford Coppola, or George Lucas? Scorcese has made himself the most relevant director of the past half century. He’s got a lot to be happy about.

And yet for some reason, Scorcese has gone on two different rants about Marvel movies, denigrating them and belittling them, calling them “not cinema,” and “theme parks,” and going out of his way to make sure the world knows just how much he hates these movies. What’s the point of it all? If you don’t like something, that’s your perogative. To each his own. But why go out if his way do try to bring these movies down, as if they are the enemy. I have two theories behind that, but first, Marty’s exact comments…

“I don’t see them. I tried, you know? But that’s not cinema,” Scorsese said during an interview with Empire while promoting The Irishman. “Honestly, the closest I can think of them, as well made as they are, with actors doing the best they can under the circumstances, is theme parks. It isn’t the cinema of human beings trying to convey emotional, psychological experiences to another human being.” And then a few days later, Scorcese doubles back on his comments, adding even more…

So here are the theories. First, the stronger  of  the two theories is that Scorcese doesn’t like that The Irishman has to go straight to Netflix. Twenty years ago, this was a theatrical release, (20 plus years ago, he released Casino in 1995, his last DeNiro – Pesci collaboration film.) Maybe Scorcese expected the nostalgia to be there for his guys. And it wasn’t. Not the way he wanted it to be. DeNiro and Pacino are no longer the talk of the town. It’s not the seventies, eighties, or even nineties anymore. Instead, Marvrl is everywhere. Even when Marvel hasn’t made a movie since the summer (Spider Man: Far From Home,) and doesn’t have anything coming out until next summer, (Black Widow,) there is clearly no problem getting Marvel movies into theaters. They always get into theaters and they always do well. And Scorcese’s not happy. He sees Marvel as a monopoly. And he’s jealous. Why aren’t his movies in the eaters anymore? He blames Marvel for dominating those spots.

It’s not all they different from Spielberg’s rant, about a year ago, about how Netflix movies shouldn’t be considered for Oscars. The irony is that, while Spielberg and Scorcese are longtime fringes who came up in the industry together, Spielberg’s comments were against Netflix and Scorcese just made his movie for Netflix. In other words, if Spielberg has his way, than Scorcese wouldn’t be able to get any nominations for the Irishman. So, they’re not exactly on the same side of the argument. But it sure seems like they are, with both of them trying to put down the young and popular medium / movies, because they represent a changing time, and that things are no longer locked into place with the way of the past.

The Marvel Cinemstic Universe has now crossed twenty movies. No other series has done that. Ever. The closest is probably Star Wars (11 movies including Rogue One and Solo.) It’s clearly a juggernaut. And that leads to the other theory. Scorcese is actually ranting against comic book movies, not just the MCU. And this is directly related to The Joker.

Let’s backtrack for a moment. The Joker, like the MCU, is huge. In two weeks, it has crossed half a billion dollars. It’s skews day set records, such as largest box office opening ever for October (surpassing Venom.) So what does it have to do with Scorcese? Well, Scorcese was originally set to be a producer on the movie. Why he wasn’t, is unknown. But what is known is how closely the movie resembles some of his earlier films. Joker is a combination of  Taxi Driver and The King of Comedy. It’s about a vigilante in a terrible, New York-like city where conditions are getting worse and worse. That’s the Taxi Driver angle (even the finger gun to the head of Taxi Driver is used in Joker, not to mention the talking in the mirror and obsession with a politician.)

But then there’s also the King of Comedy angle. That movie starred DeNiro (as did Taxi Driver,) as an outcast. Well, DeNiro is in Joker. Only instead of playing Rupert Pubkin, (his King of Comedy character who wanted to get on the show,) he’s playing the host. So the Joker movie took ideas from his films. And instead of taking that as a compliment, Scorcese is saying, “the only way my characters can even be relevant anymore is through the eyes of a comic book character.” Is he bitter that Joker is doing so well, and that it is clearly based on his films? Maybe.

But there’s a third theory, and this one might make the most sense of all. Perhaps this is all just a publicity stunt of sorts. That’s not to say that Scorcese doesn’t really dislike MCU movies, but just that his sudden desire to voice that opinion is sure getting a lot of attention. And what does Scorcese have coming out in two weeks? The Irishman. Reporters are clambering to talk to the director now, more then ever, and they’re not asking him about The Irishman. Everyone wants to know about these Marvel comments. Scorcese has suddenly put himself in the same conversation as Marvel films. And considering their massive popularity, that’s a good conversation to be in, no matter what side you’re on.

So in the past week, James Gunn, Joss Whedon, Samuel L Jackson, Paul Rudd, and Robert Downey Jr have all given statements about the Scorcese comments. And this is getting people’s attention. Every time one of these actors answers, they always say, “I can’t wait to see The Irishman,” as part of their answer. And just like that, Scorcese has got the biggest actors of the biggest movies all plugging his new film. Maybe that’s the reason for all of this. If that’s it, then Scorcese isn’t an old looney tunes director who is losing it and picking fights for no good reason at all, but the genius. Either way, whatever the real motivation is, this whole debate and conversation has at the very least been interesting.