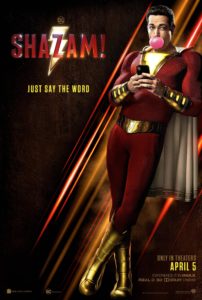 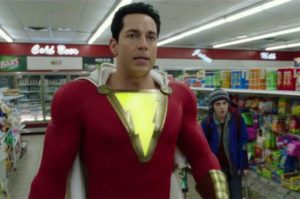 Light-hearted and funny in all the right places, this one still packs in elements of horror and drama to cover all areas of the spectrum.

Shazam is fun. It’s the first DC movie to truly be colorful (although Aquaman is up there too,) and light-hearted and full of kid-friendly energy. And that goes a long way. The villains aren’t goofy or anything like that (the demons that assist the main villain are downright scary,) but the time is just right in terms of not taking itself toll seriously. And that goes a long way. This is a movie about a kid who becomes an adult who becomes a superhero. Think of the Tom Hanks movie, Big, takes to the next level. It absolutely works.

Shazam is the light-hearted, fun movie that fans of the DC Extended Universe have been waiting for. The movies of DC comics and superheroes have gone down a dark path, literally, over the past decade. In 2008, Christopher Nolan began his Dark Knight trilogy, and it was great. So great in fact, that DC would spend the next ten years trying to match it, and believing that they could do an entire extended universe of superhero films that were all just as dark. They couldn’t. Man of Steel worked, but the rest of the bunch… (Batman Vs Superman, Suicide Squad, Justice League,) we’re pretty lousy. They were too dark and devoid of joy, but also, they were being rushed out of the gate, with little thought put into them, and it was obvious.

But then something happened. This past year, for the first time, DC figured things out. Some people will say it was Wonder Woman from two years ago, but that movie was just as dark as the others, (even though it was certainly better.) The real change started with last years Aquaman. That was the first of these movies to barely be connected to the extended universe at all, and instead, to just want to be its own thing. That was the first movie that focused on being solid, entertaining fun as it’s number one priority. It didn’t care about other movies or the bigger picture, but just wanted to work on its own. And it did.

Well, Shazam takes what Aquaman started and brings it to the next level. This movie is so playful and light-hearted that it’s kind of amazing it actually works. It’s the story of a kid, Billy Batson, who is searching for his mom. She abandoned him at a carnival when he was just a toddler, and he’s been running away from foster home to foster home ever since, always hoping to find her. Billy doesn’t know that he was abandoned. He thinks his mother lost him, and that he can just find her and they will go back to being a family again. With that kind of mindset, it’s no wonder things don’t seem to work out for him at each new foster home he goes to.

We meet Billy as he’s hijacking a police car to search the database for the address of his mom. To do this, he locks two police officers in a store, accesses their computer, and then steals their lunch. Not exactly the way we would expect a moral future would-be superhero to act. But this is no Superman / Captain America boyscout. He’s more of an anti-hero, which is generally a good thing (most superheroes these days are anti-heroes rebelling against authority.) Billy is found by the police and brought to a new foster home where he is immediately surrounded by a ton of new siblings.

And we spend a good amount of time in the foster home, getting to know the characters.  The parents are kind and understanding, because they were once foster kids too, and did their own fair share of running away. And the kids who live in the house are a lot of fun. Especially Freddy, the kid who shares a room with Billy, and quickly becomes his best friend, and Darla, the little sister with a heart of gold.

If this isn’t sounding much like a superhero movie, there’s a reason for that. This film takes its time developing the characters before we get to the action. Even the villain has a backstory, (and I don’t mean seeing him commit a crime before he comes across the superhero’s path.) I mean we see him as a kid, dealing with an abusive father and brother. This is Dr. Sivana (Mark Strong,) a character who is definitely compelling, but who probably should have been played by another actor. Strong is great, and he’s got playing a villain down to a science, but at a certain point it’s too much. He has played the main villain in Green Lantern Kick Ass, Stardust, and Robin Hood. We get it. There are other actors to look at too.

Speaking of familiar faces, Djimon Honou is on hand here as an elderly wizard. Here’s a guy who has been in every superhero movie under the sun from Guardians of the Galaxy to Aquaman to Captain Marvel. And he’s in here as the guy who offers Dr Sivana (as a young boy,) a chance and then rejects him when he sees the boy is full of temptation and greed. This starts Sivana off, on a lifelong journey to figure out what that realm he was taken to as a child was, (the place where he met the wizard,) and what it all meant.

And it’s Billy who gets chosen to be the champion of the wizard and take on the powers of Shazam. Watching him deal with being a superhero is a whole lot of fun. Especially because he also has to deal with going from being a boy to being a man. There are definitely references to Big, the Tom Hanks comedy classic with a similar feel (although not a superhero movie.) The floor piano moment in a toy store, here, is especially cute. But what really brings this thing to the next level is watching this kid enjoy every moment of testing out his powers. The scene where he and Freddy give a gun back to criminals so they will shoot Billy in the head (they need to know if it’s the suit that’s bullet proof or if it’s Billy’s face,) is pretty funny.

And then there’s the story of Billy versus Doctor Sivana. This villain has a group of seven demons working for him, who are like giant stone monsters come to life. Each represents a different one of the seven sins. The creatures are cool, but it would have been a whole lot better if we got to spend a little time with them individually. Like watching Billy take each one out, in a different location, one at a time. No such luck. We get a climactic carnival sequence that goes on a little too long, but does end with a nice, never saw it coming, surprise. But there’s no doubt about it, the final act is the weakest one in the film. It’s the first time that this movie starts to feel a little tiring.

All things considered though, the movie has some pretty tremendous success, and straddles the line between being funny and light-hearted with being exciting and thrilling. This movie does what might have seemed impossible. It gives us a superhero movie for kids that is far better then plenty of the ones for adults (the dark Zack Snyder DC films.) The movie does this by bringing in scares at all the right moments. There’s no question about it, those monsters are scary. And the scene where they tear up a board room full of businessmen is pretty menacing. The director of this movie made a name for himself by directing horror movies, and it shows. And yet with this one he finds the perfect levels of playfulness and humor to help balance it all out.