Shows Worth the Stream 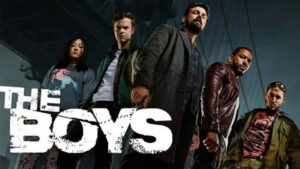 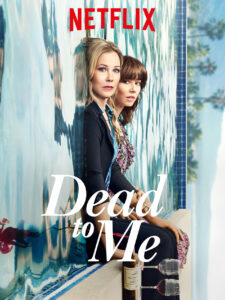 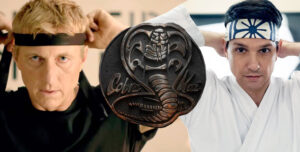 What to watch during the pandemic…

We are living in a pandemic. It’s a very strange time. There are so many serious issues out there, that entertainment seems the least of it (and not really a serious issue at all.) But if you’re looking for something to watch, the movies are most definitely not the place to be. Other than New Mutants and Christopher Nolan’s Tenant, nothing new has opened in half a year (and those two didn’t open in any major cities across the country.) The posters outside of movie theaters feature films from over six months ago. The only “new” movies during that lengthy time have been the ones that were put directly on streaming platforms. Like the one-two punch of action movies that Netflix gave us at the start of the summer with Extraction and The Old Guard.

But those movies are no longer coming fast and furious. So we need something else. Something to look to. Luckily the streaming platforms have got you covered. Not with movies, but with shows. And these shows more than make up for the loss.

Let’s start with thirty minute shows. Comedies. Whether they are black comedies, mystery comedies, or drama comedies, these shows are great in large part because of their quick turnover time. We’re talking about shows like Insecure (HBO,) Kobra Kai (Netflix,) and Dead to Me (Netflix.) Who would have thought that Kobra Kai could tap into 80s nostalgia by bringing back two forgotten actors and putting them front and center in a show about karate? Talk about an experiment (the first two seasons of the show were exclusively on a platform called You Tube Red, that you had to separately for.) But Netflix snatched the show up, and ever since, it has truly found a huge audience. Good thing, because the show is fantastic in all the right B movie – guilty pleasure kind of ways.

Insecure hits the comedy-drama angle, as it focusses on relationships and does not hold back. This show is the modern equivalent of Sex and the City, and by that I mean it ups the ante big time. We’ve come a long way with female sexual comedies since that original HBO show from the late nineties. The movies certainly helped propel that with Bridesmaids and the Girls Trip. And now Insecure takes it to the next level. Isa Rae and Larry Wilmore created this show, and boy do they go for broke, doing everything in their creative power to ensure that each episode is funny.

And while that show deals mostly with relationships and sex, there’s another female led thirty minute comedy that hits a whole other area of the entertainment market place. Mystery. The show is Dead To Me, starring Christina Applegate and Linda Cardelini. This one tells the story about a hit and run and two characters with very different motivations. It is thrilling, but also pretty funny in the darkest and bleakest of ways.

That takes care of the thirty minute comedies. If these shows are too dark, or too stylized for you, then perhaps Schitt’s Creek, streaming on Netflix, is more up your angle. That one is a family show where the main characters are four members of a family living a fish out of water life in a new town. It’s big city characters living a small town life and getting adjusted. The show is funny, but it doesn’t have an ongoing story that keeps unfolding the way those others (Cobra Kai, Dead To Me, Insecure,) do.

Other shows to watch in the thirty minute range include Barry and the Mandolorian. Both are great in their own way. Barry is another mystery based comedy and the Mandolorian is sci-fi action. It is also nostalgic, just like Cobra Kai is, trying to reference the original Star Wars movies whenever it can.

But what about shows that are longer than thirty minutes? What about the hour long shows?

That’s where the Boys comes in. The best superhero show around, this one streams on Amazon Prime and goes all out with extreme possibilities. It took a while for Networks to figure out how to make great superhero shows (sorry Netflix, but other than Daredevil, your four other Marvel shows didn’t make the grade – Luke Cage, Jessica Jones, Iron Fist, and The Punisher.) But in the past year or so we’ve gotten both The Boys and Watchmen, and both are pretty fantastic. These are smart, edgy superhero shows. They are the kinds you actually have to think about and wrap your heads around. And boy are they great.

Other than that, there’s the new season of Fargo starting up, featuring Chris Rock. We’ll have to see how that one goes, but considering the first three seasons were great, you can expect this one to not disappoint.