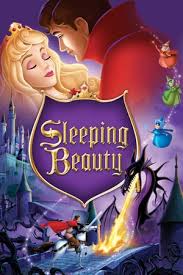 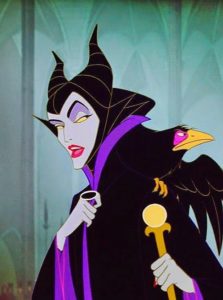 One of the better original Disney animated films, this one has the scares and the twists, and only a few hiccups in storytelling along the way.

Disney animated films generally follow patterns. The original movies from the first half of the century or so, were about kind, gentle,  innocent, and naive women who fell into comas put on them by jealous and bitter evil witches. The female protagonists of these films had to be rescued and resurrected from their comas by true love’s kiss. Movies like these included Snow White and Sleeping Beauty. Even Cinderella fell into the pattern with an evil Stepmother and the solution to all problems coming from winning the love of a Prince. She was “awoken,” from the coma of a horrible life of being treated like a servant by her family members. At least it wasn’t a literal coma this time.

After that came the second generation of Disney movies. The movies of the nineties. These were all about women who had a father that was either bumbling or overbearing. This father might have started out powerful, (sometimes,) but he always got into trouble during the course of the movie, and had to be rescued. And these movies almost always featured no mother at all. We’re talking about characters like Belle from Beauty and the Beast, Jasmine from Aladdin, , and Ariel from the Little Mermaid. The Lion King, the fourth movie in the bunch, was the first movie to make strides in a different direction. It featured a male protagonist, (although Aladdin did too,) a mother who was actually there and stay alive, and a lion instead of a human for the main character. But it also had its toe in the pool of the nineties movies staples – a powerful overbearing father who gets into trouble.

These nineties movies, where the father got into trouble, were often about the female protagonist saving the day and saving her father (The Little Mermaid, Beauty and the Beast,) by working together with the male love interest. It is noteworthy, for example, that the big fight at the end of Beauty and the Beast is between the Beast and Gaston, while Belle just standing by. While nobody would want to see Belle fighting Gaston, or anything like that (a woman fighting a man,) it is worth taking a moment here to realize that maybe this was a reason why so many of those original films featured an evil witch or stepmother as the villain. Seeing a woman fight or clash with a woman was easier for us to handle than seeing a woman fight with a man (when it’s a man villain, it’s a man hero – like in Aladdin or the Lion King. Only Beauty and the Beast is the exception here.)

So the nineties movies made progress, but it wasn’t enough. It wasn’t until now, the third generation of Disney movies, that the rules really changed. You see, with this generation there are no rules. Anything goes. And that’s really the way it should be. That’s the way to keep the audience guessing and in for surprises of great creativity. Just look at Frozen (no parents, and  a spell about love broken by love between the sisters, not romantic love,) or The Princess and the Frog, (where the mother is the parental figure and not the father, for once, in this story about New Orleans life and protagonists that literally become frogs for a large amount of the film.) But in order to understand how we got here requires some pretty deep attempts at look back. Looking at the older, original movies means going back to a much simpler time.. Snow White, Sleeping Beauty, and Cinderella were the original three, and these movies all have quite a lot in common. For this review, let’s focus only on Sleeping Beauty.

Sleeping Beauty might fit right into that first generation time zone, when women were innocent and naive, but it still has a lot to offer. While it might not seem very creative on the surface (lots of comparisons  can be made to Snow White with the Seven Dwarves taking care of the protagonist in a cottage / cabin, in the woods being replaced by three fairies here,) there is actually a lot to appreciate about this movie. First up is the story that sets these four women (Aurora – “Sleeping Beauty” and the three fairies,) on their journey into the woods. Aurora is born to the King and Queen and all of the fairies in the land come to see the baby to pay their respects and offer gifts. Only the evil witch Maleficent does not receive an invitation, and she is none too pleased about it.

There are three little fairies that show up before Maleficent and start bestowing the baby with gifts. These are Flora, Fauna, and Merryweather. Their colors are red, green, and blue. Try remembering which color goes with which fairy, I dare you. While being able to match the names to the colors isn’t  important, the colors do come into play in the story later on as two of the fairies have a fight over which color Aurora’s dress should be. And this becomes such a big issue that it gives away Aurora’s location to the enemy, but we’ll get to that one later. For now, in the castle, with the fairies presenting their gifts, the first two fairies give theirs and the gifts they present are beauty and song. But before the third fairy can give her gift to the baby, the doors of the throne room burst open, a green flame appears, and Maleficent forms from the smoke.

Maleficent puts a curse on the child. She says that on Aurora’s sixteenth birthday, the girl will prick her finger on a spinning wheel and instantly die. Kind of a harsh curse to put on a baby. But there’s some good news. The last fairy hasn’t given her gift yet. While she can’t just reverse or undo Maleficent’s curse entirely, she can help. This fairy basically amends the curse by saying that Aurora won’t die when she pricks her finger, but instead will fall into a deep sleep. And she can be awoken from that sleep only by true loves kiss. At this point the king has all of the spinning wheels in the castle burned and the three fairies come up with a plan of their own to keep Aurora safe.

The three fairies decide that they will now raise Aurora away from the kingdom in that cottage in the woods. This is one of those problematic ideas. The King and Queen are just okay with the fairies taking their baby, and with never seeing their child for sixteen years? The movie tries to reason it by saying if the fairies start hiding Aurora now, then Maleficent will never know where to look, but c’mon. How about wait until she turns ten or fifteen to take her away from her parents. And if it is such a massive secret, then maybe the fairies should not have been so careless with their magic, during the dress color changing scene, when their magic colors fly through the chimney, up into the air, and give away Aurora’s location to a passing sparrow, (Maleficent’s pet.) But as far as the fairies taking Aurora at such a young age, the movie makes the point that the earlier in life they start hiding her, and she disappears, the better. And it wants us to just be okay with that logic.

Another problem has to do with the Fairies giving up their magic. When Aurora is born and they decide to raise her, they also decide to give up their magic. They lock their wands in a chest and change to human size (they were all tiny fairies before doing this.) Again, it would have made much more sense for them to keep their wands and abilities until Aurora turned fifteen or so, but they decide if they live a human life for all these years, then Maleficent will never find them. Fair enough. But then, sixteen years later, they realize that they don’t know how to bake a cake or make a dress without using magic. Really? What have they been doing for the past sixteen years? And now… they get out their wands. So they gave up their wands for sixteen years, and now at the very same time that the curse is supposed to happen, this is when they decide to get the wands out again?

So yes, there are some problems with the story. There are some ideas that are a little too simple and basic, and that audiences today would easily tear apart. But back then, at a time when animated movies were still pretty new, people were able to get on board much more easily without questioning too much. And other than these problems, the movie is pretty solid. The final act, for example, is smart enough to keep building and building. First Aurora falls into a coma. Then the fairies put everyone in the kingdom into a deep sleep. And the Prince is not there. So it seems like the simple solution will be to have him just ride into the castle, find everybody asleep, find Aurora, kiss her, and then everybody wakes up. But this movie has far more up its sleeve than that, and has Maleficent set a trap back in the cottage, while also taking over the castle with her army of minions. There are definitely some bumps and hiccups to the story of this movie, but for the most part it’s a pretty clever and entertaining film.