Spider-Man, Batman, and What It All Means 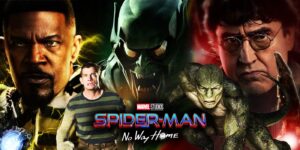 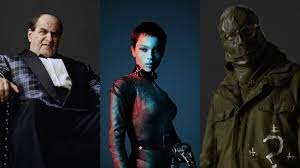 When you talk about superheroes and rogues galleries, or villain lineups, two names always come to mind as topping the lists. Spider-Man and Batman. Aside from the fact that both are the most iconic character of their comic book company (Batman arguably surpasses Superman for DC Comics here, whereas with Spider-Man and Marvel, there is no competition.) But Spider-Man and Batman both have a giant arsenal of villains, the likes of which no other superhero can match. Most superheroes have one or two or maybe even three notable villains that they square off against. With these two, that number amounts to more like ten. Take as an example the fact that both of them have had spinoff movies based on and starring only the villains. That’s right. We’re talking about the Joker movie starring Joaquin Phoenix or the Venom movie starring Tom Hardy. No Batman or Spider-Man in sight, with either of those.

So both heroes have lots of villains. That’a a given. But what’s especially interesting is that we have recently had a new entry in both franchises (Spider-Man No Way Home came out in December and the Batman came out in March,) and both of these entries featured a whole ton of villains. And when I say a ton, I mean both swung for the fences to bring in as many villains as possible. Batman, alone, featured The Penguin and Catwoman and the Riddler and others who will go unmentioned for the purpose of not revealing spoilers. When we saw how many villains they were throwing in the mix here, we had a right to feel scared. Starting with Batman Forever, when movies tried to cram too many villains in, the result was usually disaster. Spider Man 3 and The Amazing Spider Man 2 were other examples. And yet, The Batman kept its cool, and never sacrificed story or tone in order to incorporate more villains. It maintained it’s focus and ideas the whole way through and the result was a pretty good movie.

But that was a reboot. It was a first time out situation. And sure that has some disadvantages, (having to introduce us to a new Batman and new Gotham,) but at least it wasn’t working against itself, to have to reinvent characters that already left a sour taste with the audience in previous versions. That’s the challenge that Spider Man: No Way Home was facing. That movie, like The Batman, featured a whole ton of villains. Way more than any other Spider-Man movie had ever included before. In fact, the whole point of the movie was to bring in all of these villains from past Spider-Man films. One from every movie, going all the way back to the first Tobey Maguire film. And the problem was that a number of those villains had not exactly gone over so well with audiences. In particular, Jamie Fox’s Electro. And yet No Way Home decided they could bring back the same character by the same actor and do him even better. They could give us a version of this character that audiences would get on board with. And they were right.

That movie not only featured Electro, but also Doctor Octopus, The Green Goblin, Sandman, and The Lizard. Talk about a loaded movie. And we thought what they did in The Amazing Spider-Man 2 was too much (three villains there, Electro, The Green Goblin, and the Rhino.) But as it turns out it wasn’t that ASM2 featured too many villains that made the movie lousy. It was the tone. The fact that those villains were mostly goofy as opposed to being taken seriously. What this new Batman and this new Spider-Man movie have proved is that there is no such thing as too many villains. That is not the factor that makes or breaks a movie. The factors are tone and story and writing. It wasn’t because Batman Forever had Two Face and the Riddler team up that made the movie bad. It was because the characters were given a goofy storyline, (TV air waves, put on a person’s forehead, as mind control.) It wasn’t that Batman and Robin featured too many characters, (not just Mr. Freeze and Poison Ivy, but also Bane and Batgirl, among others,) it was that the movie was just silly. These movies could have been made with the same amount of villains and characters, and still have been good. That’s what The Batman and Spider-Man No Way Home prove. If those lousy movies had been made with a serious tone and gritty atmosphere and a decent story, they could have worked.

And that brings us to the future. Both Spider Man No Way Home and The Batman have done tremendously well at the box office. And both are sure to lead to more similar activity. With Batman, a new world has been established, and the Penguin character, played by Colin Farrell (despite him being unrecognizable,) has already been given his own spinoff series on HBO Max. Most likely the Batman will be the start of a new trilogy as well. And that trilogy will feature a ton of new villains, if the first movie is any indication.

Meanwhile, over in the Spider Man world, we will definitely be seeing these Spidermen team up and these villains team up again. Now it won’t be for a while. Marvel is smart enough to know not to do the same trick again and again. Part of what makes their movies great is that they keep changing it up (despite many who believe their movies are formulaic.) But generally they know when it is time to move on, and how to go out on top (as shown by them ending Iron Man and Captain America the way they did, putting a pin in those franchises while the iron was still hot.)

So what will Marvel and Sony (the two companies that teamed up for No Way Home,) do with Spider Man? Most likely for the next two movies, they will go back to basics, giving us a scaled back Peter Parker story. We will see him in college facing off against a new, single villain. And maybe Miles Morales will be introduced as a new college roommate, but what we won’t get is a whole ton of villains. Not yet. Not in the second movie of this new trilogy either. That will all be saved for the third film. Just like how the third Tom Holland Spider-Man movie featured the villains coming together, for the third movie in the new trilogy (a trilogy that will most likely be all about the college years, just the same as the last one was all about the high-school years,) we will get the big teammup. And it will probably be the Sinister Six. And for that one, we will probably see all villains who were not in this last movie. The Vulture. Mysterio. Venom. Morbius. Kraven. And maybe one more villain who has not yet returned… maybe The Rhino (it wouldn’t be Topher Grace’s Venom or Green Goblin from ASM 2 since we already have alternate versions of those characters. That’s where the predictions end. That’s probably where Marvel is headed. For now though, let’s stop all the predictions and looking to the future, and let’s just enjoy the ride.