Summer 2020: The Plan Versus The Reality 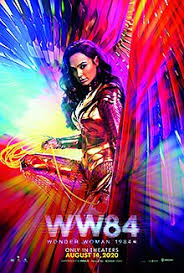 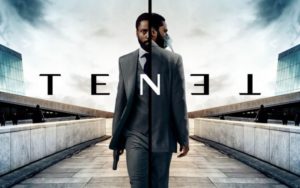 The Summer isn’t even officially here yet. Many people, at the movies, consider the summer starts in May. In that case, sure, we are a month into it. But the real summer months are June, July and August (the month that is commonly referred to as “the dog days of summer,” aka the tiring end of the the summer smash season.)

And this is undoubtedly going to be, and already started to become, one of the craziest summers yet. Will theaters open this summer? Probably not. Maybe in August. And that’s a big maybe, (although some movies, like Wonder Woman 1984, seem to be counting on it.) And even if they do, how many people are still going to stay away simply because of fear of the Corona Virus?

That’s what this is all about. That’s what started it. It really began, (at least as a mainstream, all hands on deck, kind of situation,) at the start of March. The very beginning. And it’s now already gone three full months. Two months of the country being shutdown. And now in this last month, May, many states are opening back up. But to what extent?

Some states have stores opening up. Others have restaurants. Texas is actually trying to open up theaters. Just a few at a time, for select screenings where patrons must wear masks and practice social distancing. Sounds like fun (major sarcasm.)

The three major movie chains in the US… AMC, Regal, and Cinemark, don’t have a single theater opening before June. And even then, let’s see how they slowly roll this thing out. Let’s see how they go about it. Whether theaters open in various spots around the country or not, the studios aren’t going to release their big movies until they can be released in the major cities of the country. And that won’t be for a while. The hope is for mid July That’s when Christopher Nolan’s TENET is set to be released, and if it works (which is a pretty big IF right now,) it will be the first major film hitting theaters since the Corona Virus Pandemic. That one is slated to come out on July 17th, but we’ll have to see.

And it is Warner Brothers, the company putting out TENET, that is also behind Wonder Woman 1984’s August release date. Boy is that studio hoping the virus goes away or gets better and they can go forward with their plans. You have to hand it to Warners.. they’ve had they’ve been getting their butt kicked by Marvel for the past decade now and yet they keep trying new things… changing the entire look and feel of their cinematic universe from the darkness of Batman Vs Superman to the colorful goofiness of Aquaman and Shazam. But getting back to the summer, if Warner does get the green light to go ahead with these releases, it will be an open field at the movies. There won’t be any competition. And they’re banking on the idea that people will want to get back to the movies after being cooped up in the house or just not allowed in theaters for a number of months.

So now let’s look at what Summer 2020 was supposed to be. Here is the original plan…

Early May would have given us movies like Black Widow and Fast and F 9 – Fast and the Furious 9.

Artemis Fowl was supposed to come out at the end of May. It had a May 29th release. Let’s start the calendar look there.

Greyhound, the Tom Hanks Submarine movie was supposed to be released on June 12th.

The King of Staten Island, the Pete Davidson starring, Judd Apatow directed comedy, was supposed to be released on June 12th.

In The Heights, the Lin Manuel Miranda stage to screen adaptation would have been released on June 18th

Top Gun Maverick would have been released on June 24th.

Free Guy, the Ryan Reynolds movie that is told from the point of view of a character in an open world, Battle Royale video game (like Fortnite,) would have been released on July 3rd.

Wonder Woman was supposed to be released on July 5th.

Ghostbusters: Afterlife, the Jason Reitman directed tribute film of sorts, to the Ghostbusters movies (a semi-sequel I suppose,) would have been released on July 10th.

The French Dispatch, the new star studded Wes Anderson movie would have been released on July 24th

Jungle Cruise, the timely action adventure movie with The Rock and Emily Blunt, would have also been released on July 24th

Mulan, the Disney animated film turned live action remake would have also been July 24th. Boy was that day going to be crowded.

And that’s just the big releases. The major films. Now, most of them have been pushed back until much later in the year. We’re talking either the fall or November and December. It’s going ton be interesting when we get to December and have tons of big movies coming out every weekend, often on the same day as each other. But that’s what this year is. Interesting. And different. And a play it by ear, see how it goes, and be open to change kind of situation. For now, we just have to wait to see what happens.