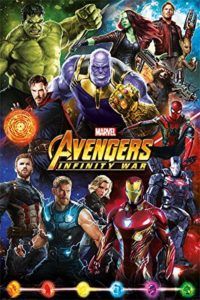 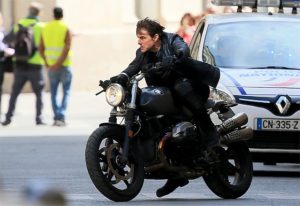 The summer box office is a strange place. It’s the few months of the year (May, June, and July,) where all the big guns come out. This is where the studios release their biggest tentpole movies. It’s the blockbuster season of giant action movies. Let’s put it this way, every summer going back to 2014, Marvel has released two superhero movies. And that’s not to mention the other studios releasing them during those months too.

So, what’s going on this summer? Well, things are a little different. For one, two movies that have preceded the summer have gone on to set ridiculous records. And they are both Marvel films. Black Panther, which came out in February, (and basically took the month of the original Deadpool movie,) went on to become what is now the ninth highest grossing movie of all time (and will probably be even higher when it’s run is over,) and The Avengers: Infinity War is the fourth highest on the list (also subject to change, as its numbers grow even larger, over the next month or so.)

That has effected the box office in a major way. At least the May box office. Because the Avengers movie was released in the last week of April (really close to the May releases,) the box office numbers of the May releases are down.  We’re only talking about opening weekends here, since these movies just came out, but here’s what we’re looking at…Deadpool 2 did well (120 million,) but this is less than the original Deadpool brought in, (135 mil.) And then Solo: A Star War story came out a week after Deadpool 2 to lower numbers than anyone was predicting. It’s lucky if it ends up making 100 million in a three day weekend (Memorial Day.)

The problem isn’t quality, and it isn’t really fatigue. It’s that the movies are spaced too close to each other. Deadpool 2 should have been moved to June, where there are no superhero movies coming out at all. And Solo should have NEVER  been released a week after Deadpool 2. While superhero fatigue doesn’t seem to be a real thing, (again, look at Black Panther, Avengers Infinity War, and even Deadpool 2’s numbers,) Star Wars fatigue might be very real indeed. Especially since now, they are releasing these films at such a rapid pace, that it’s more than one movie a year.

For the past three years, (2015, 2016, 2017,) Star Wars was releasing exactly one movie a year. The Force Awakens in 2015, Rogue One in 2016, and The Last Jedi in 2017. All in December. You could set your calendar by it. It was perfect. They owned that month. So why did they have to go and change it? Solo: A Star Wars story has been released in May, less than six months after The Last Jedi. And there’s only word for this… greed. It wasn’t enough to own the holiday movie season. Now they want a piece of the summer movie season too. Disney and Star Wars are getting what they deserve with this one. I imagine the movie is probably pretty good, (not great, but pretty good, with Ron Howard in the director’s chair.) But a week after Deadpool 2, and less than six months after The Last Jedi? C’mon. Common sense here, guys.

And that brings us to some of our other upcoming releases. Luckily, these are a little more spread out. In June and July we will have at least three major action films. The three that come to mind most are Jurassic World: Fallen Kingdom, Mission Impossible: Fallout, and Ant Man and the Wasp. Yes, they are all sequels. That’s the way of the world these days, a lesson I officially learned when Netflix released Bright, a totally original action movie, and all the interviews for it talked about how studios don’t make these expensive action movies anymore if they’re based on original ideas, and not pre-existing content.

So let’s talk about those three upcoming movies.

July 6th is Ant Man and the Wasp

Look at how nicely spaced out those movies are. Now that’s more like it. I’ve always wondered why big budget movies don’t take advantage of August (the last one that did was Guardians of the Galaxy in 2014, and look at how well that movie did.) Well, it seems like this year, Mission Impossible Fallout is coming pretty close. That movie will own the month of August (Sorry, The Meg, but you’ve got B movie written all over you, and the last B movie that released in August didn’t exactly do well… The Dark Tower, a total mess.)

I’m not expecting Jurassic World: Fallen Kingdom to be very good, but kids will want to see a big budget dinosaur attack movie, especially in the middle of the summer, and so this one will do well. And so will Ant Man and the Wasp, considering that it’s Marvel, people are hungry for anything Marvel after Avengers: Infinity War, and there are no other superhero movies in sight.

All of these movies should do well, but the question is, how well? My guess is that Ant Man and the Wasp will be the biggest, then Jurassic World: Fallen Kingdom, and then Mission Impossible: Fallout. Now, personally, I think Fallout looks the best of the three, (although the title is a little weak and too reminiscent of the James Bond film Skyfall.) But those Mission Impossible movies of recent years have all been incredible (since number two, the last three films in the series have all been fantastic.) Still, people are getting tired of that series and even more tired of Tom Cruise. Just look at the last two big budget films he made… The Mummy and Jack Reacher 2. Neither one did very good. Even Edge of Tomorrow, which was a great movie, didn’t do very well. I think Mission Impossible Fallout will be lucky to hit 100 million for its opening weekend. Ant Man and the Wasp will come in closer to Deadpool 2 numbers (120 million.) Jurassic World will split the difference at 110 million. Those are my predictions. Now, we’ll just have to wait and see.