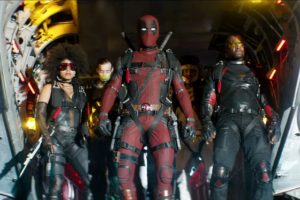 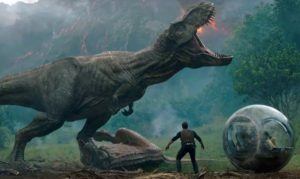 This is it! Summer is here. The most fun movie season of the year. Let’s take a little trip down the preview lane…

First of all, Marvel has already kicked off the summer season at the end of April with Avengers Infinity War, and it only wet the appetite of the movie going public, for the next superhero movie. Deadpool 2 is it. Considering how great the first Deadpool film was, this one is a must see. Between the action, the humor, and the creative ideas (the last one was told almost entirely through flashback, which was pretty cool,) this one is going to be huge!

No promises on this one. It should be cool, but it also went through a lot to get made, and that might hurt the actual movie. This is one of the few films who had it’s directors actually get fired, while in the middle of filming. Those guys, Phil Lord and Chris Miller, were pretty accomplished directors (The Lego Movie, the 21 and 22 Jump Street films,) but they were straight out comedy directors, and that’s not what this movie is. So Ron Howard came in and replaced them, and we’ll have to see what we get as a result. Donald Glover as Lando Calrisian, looks great. Hopefully the movie is too.

The first one was fantastic. And since then, superhero movies have grown in popularity. Big time. If there was ever a time to be spoofing super hero movies, this is it. Brad Bird, the writer / director behind the first movie is back, (ironically just two weeks before he competes against a franchise he had a hand in, the Mission Impossible films… Bird directed MI4: Ghost Protocol.) This is the one animated film of the summer that might be pretty awesome.

Let’s just say… I’m not expecting much. The first Jurassic World wasn’t great. We’ve come to an age where CG effects are so computerized that they don’t even look realistic at all. When you compare the Dinos in Jurassic World to the ones in Jurassic Park, (the original film that kicked this all off, back in 1994,) you realize that these movies barely exist in the same game. Still, the last movie, despite its flaws, was still kind of fun. Nothing special, but yes, it was enjoyable. With this one, keep your fingers crossed.

The Marvel Machine can do no wrong. Especially right now. Sure they’ve had their misfires, (Thor: The Dark World,) but in the last few years, everything they’ve turned out has been exceptional. This movie looks to continue that streak. For one thing, the first Ant Man movie was great. For another, this one is following up on Infinity War, and any connection to the events of that film (maybe a post credit scene, about those events,) or to the characters of that world, (maybe an appearance by Hawkeye who has been MIA for a while now,) will only add to the movie going public’s enthusiasm.

If there’s one action franchise that is consistently good, it’s this one. Sure, the second movie sucked, but that was nearly two decades ago, and this thing has taken on a whole new life ever since. My favorite is the third movie, but most people believe that last two films, (Ghost Protocol and Rogue Nation,) brought it to a whole new level. They’re not wrong. This will be the sixth movie in the series that just keeps on going. And it’s the first time a director is returning, which is also pretty cool. Christopher McQuarrry is back, and it looks like he’s going to have some strong connective tissue to the last film (both Rebecca Ferguson and  Sean Harris are back,) not to mention much of the usual crew, including Ving Rhames, Simon Pegg, and now Alec Baldwin, (no Jeremy Renner?) But you know who is back…. Michelle Moynahan, the woman who played Ethan Hunt’s wife in MI3. That should be interesting. As always, the stunts and action all look fantastic. Cant’ wait!

I can never understand why movie studios don’t take advantage of August. Did Guardians of the Galaxy not prove anything? August is a great month to clean up. And yet studios run away from it like its the plague. DC and Warner Brothers had Justice League done for nearly a year before releasing it. They were looking for the perfect date. Somehow, they chose November, exactly two weeks after Marvel released Thor: Ragnorak. For Justice League, it was a nightmare. But why not August? People are still craving summer movies then, and ready to throw down for anything that looks worthwhile, (sorry, The Dark Tower, last year, but you did not look worthwhile.)

It’s tough to say anything about Christopher Robin, since we haven’t even seen a trailer yet. Ewan McGregor is playing the title character, and he’s fun. And the characters surrounding Winnie The Pooh are always great. This one is going to be live action. I’m certainly curious and interested and can’t wait to see more.

A B movie if ever there was one, this film stars Jason Statham in a giant shark movie. The good news is, everyone is expecting it to be dopey, so it can either be exactly what we expect, or it can really surprise us and actually be good. When there’s nowhere to go but up, that means there’s at least some hope. And August is a great time to release any movie because the competition is all cleared out of the way. Basically, there is none, and that’s a very good thing.