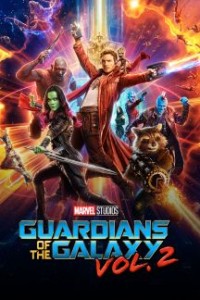 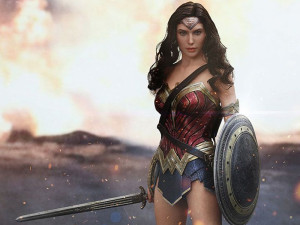 They say it’s not quite as good as the first. They say it puts humor ahead of everything else. I believe it. Good humor is a great thing, but a movie has to be off the charts funny for things like plot and characters to not really matter. Marvel has a nice overall track record, (especially with origin films like Iron Man, Ant Man, abd Doctor Strange,) but when it comes to cosmic movie sequels, they are in need of improvement (see Thor: The Dark World.)

People are interested in this movie, but maybe not quite interested enough to go and see it in the theater. Ridley Scott burned a lot of bridges when he made Prometheus. He had all the momentum in the world going into that movie, and boy did he drop the ball. The movie wasn’t bad, but it also wasn’t what people wanted. Now Scott is asking us to ante up again. He has even recently apologized for Prometheus. It’s not enough. This movie needs to be really really  good. Only then will his apology be accepted.

An attempt at cashing in on the success of the 21 Jump Street movie series, this one will hopefully set the right tone, (R rated comedy,) but we’ll see how it actually pans out. I like the Rock and Zack Ephron, but then again, what was the last movie either one of them was in that was actually great? And with the R rated comedy market starting to become oversaturated thanks to guys like Seth Rogen and  his friends, Baywatch would have to be really funny to make an impression. Here’s something that at best will amount 21 Jump Street on the beach. Unfortunately, it’s doubtful that this movie will reach that goal.

Expectations and hope are both pretty high with this one. Everyone really wants it to be good. D.C. at the movies has had a string of bad luck, (and bad films,) ever since Man of Steel. Both Batman Vs Supermdn and Suicide Squad sucked. With that in mind,  DC desperately need this one to be good. On top of that, this is the first female-led superhero movie. There’s a lot riding on its shoulders. The good news is, despite it looking kind of dark, this movie still has loads of potential to be cool. Between the fantasy world where Wonder Woman comes from, and the humor we usually tend to get from Chris Pine, this one will hopefully work out.

I just don’t know. Tom Cruise is quite possibly the greatest movie star around,  and attaching his name to this kind of mythological monster movie goes a long way, but something doesn’t look right. There are two possibilities on the table here. One is that the movie goes crazy heavy into computerized special effects. The other is that the movie does things practically, the way Tom Cruise does for all of his Mission Impossible movies. I think there will be a mix, and so we’ll have to see, but in Cruise we trust. He’s a guy who generally selects smart projects, (the last time he went anywhere near a monster movie we got Interview With The Vampire.) Plus, this movie is being used as a launching pad for a whole monster movie shared universe, so it’s another film with a lot on its shoulders. That could easily be a bad thing (see the Amazing Spider Man 2, by the same writers as this film.) Hopefully the Mummy doesn’t spend too much time setting up other films and instead focused on being a good movie itself.

Yea! One name says everything here… Edgar Wright. The man who can do no wrong. He’s the Matthew Vaughn of comedy. Wright is the guy behind Shaun of the Dead, Hot Fuzz, The World’s End, and Scott Pilgrim Vs The World. He’s super talented, and Baby Driver has been his passion project for some time now. It’s an action movie about a getaway driver lined with an all star cast. Jamie Foxx, Kevin Spacey, John Hamm. This one should be one of the better films of the summer.

And then there’s the other movie that really looks great! This will most likely be the best film of the entire summer. The best superhero finally getting a movie that tells his story right. Spider Man Homecomimg gives us an actor who actually looks the part, with Tom Holland being the right age to bring the high school student web-crawler to the screen. Combine that with Marvels track record, Downey Jr’s Tony Stark humor, and Michael Keaton as a menacing villain. This is the one. Right here. There won’t be a better or cooler movie all summer long.

As we get into the middle of July, things start to slow down. That’s where we get the movies that are more iffy and less of a guarantee. Like this movie. Sure, the other two were good, but they were also vastly different from each other, and each found its own footing. To be in the same league, this newest Apes film will have to do the same. Woody Harrelson is a likeable enough actor, but he’s no guarantee. This movie could be great, but it’s got a bit of an uphill battle to  climb, just to match the other two. And people might be growing tired of this franchise. After all, it’s the same characters and the same sort of thing each time around. I imagine the movie will be good, but whether or not people go for it is a whole other story.

If the name Christopher Nolan wasn’t front and center here, this movie wouldn’t have a chance. It’s a World War 2 film about fights at sea and on the washed-up beaches of Europe. This looks kind of dull, and only moderately interesting, but Nolan’s name does have merit. That tells us the movie will be pretty good, and possibly even a best picture contender come years ends

It looks cool, but we’ll see. Looks can only get you so far. This movie is by the guys who directed John Wick, (well, one of them,) and it looks to be just as violent and in your face as those movies. Charlize Theron is the lead and the entire trailer seems to be of her kicking ass in some very creative fashion. There’s one scene in a stairwell with a camera that pans back and forth while she is fighting to show characters after they have been knocked down. It makes the sequence feel like you are there, with the camera never changing angles or shots, but simply panning. If this is reminiscent of the rest of the movie, then that’s a great sign. But that’s really all we can tell right now. Nothing yet about the story, characters, dialogue, or pace. So we will have to see.

Nah. Not looking very good here. some great actors are on board, (Matthew McConaghey  and Idris Elba,) but the way it features a little kid in a prominent role feels a little silly, and the advertising isn’t doing no thr movie any favors. The good news, of these is any, is that there won’t be much competition in August. That’s the sleeper month, where films that would have gotten lost in the summer shuffle go to find an audience. But this movie just doesn’t look good at all.

It looks funny. With Samuel L Jackson and Ryan Reynolds, this one has a great trailer. Whether it has anything more than that, we will have to see. I like the actors, but I’ve also seen them both in some pretty terrible films. And this definitely has a Safe House look to it, (with Reynolds and Denzel Washington.) There it was CIA agent and assassin. Here it’s assassin and bodyguard. One difference, however is that this movie seems to be going for comedy, whereas the other film wanted to be a thriller. Like the Baywatch movie earlier in the summer, however, this movie would have to really be funny to work. Hopefully it is and it does.