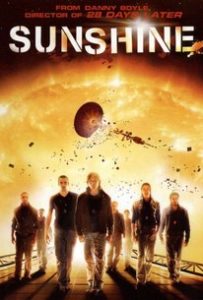 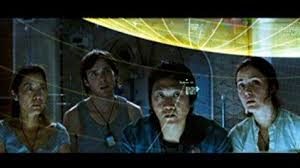 A pretty cool premise makes for a solid sci-fi movie most of the way through, but boy does this one drop the ball at the end, resulting in it being a just okay movie.

There’s a lot to like about this movie, from the eclectic and diverse cast to the debates between characters, to the amazing look of the entire film. The premise involves astronauts who are on a mission to restart the sun. But there is also a previous spacecraft that went out on the same mission, and never returned, and our protagonists debate going after that spacecraft as well. While this movie is clearly fiction, everything about it seems based on real science. This is basically the sci-fi version of Event Horizon. And it mostly works. The tension between crew members is very real and entertaining. However, this movie really does fall apart by the last half hour or so, to the point where it is hard to recover after that, and the movie never fully does.

This is the Danny Boyle directed sci-fi version of Event Horizon, that has been forgotten with time. And it’s understandable to see why. While Event Horizon is certainly the dumber of the two movies, it is also the one that is more fun, (and also, it was made a full decade earlier.) The premise of both movies is very similar. A mission was launched into space, and has disappeared. Now a follow up mission is being sent out to makeup for what the first one couldn’t do. In both movies, nobody knows what happened to the original mission’s ship or crew. And when the new mission, the one that we are actually following, gets out there, one of the crew members goes awol and starts killing everyone.

But that’s pretty much where the connections stop. Event Horizon was a straight up horror movie. It was an action packed film by director Paul WS Anderson, the guy who made Mortal Kombat and the Resident Evil movies. And it was fun. The movie was basically about a ghost ship that made you see things and got inside of your head. Sunshine, on the other hand, is not mystical or spiritual at all. This movie is very much grounded in sci-fi. So how the two movies end up in pretty much the same spot is a real mystery. But at the end of the day, one is a whole lot more enjoyable than the other, and that makes all of the difference in the world.

Sunshine is an entertaining movie, but it isn’t exactly fun or guilty pleasure material. This is the one that was really grounded in sci-fi research and it shows. The movie has a very concrete and well-explained mission… to restart the sun. This movie takes place in the future, where the sun has burned out, and the only way to restart it is for a manned space craft to drop a payload into the sun with a bomb on it that will be so powerful it gets the sun working again. Sounds kind of convoluted and ridiculous, right? But this movie takes the time to make you believe it could really happen, including showing us different degrees of the sun’s light capacity and what the human eye can handle before it results in damage that is irreversible.

We meet the crew of the Icarus II, and in a very smart move, there are only eight members, making it easy to remember all of the people who make up this crew. There is Chris Evans as Mace, the young, buff one who generally has the most rational ideas, although he certainly does like to fight. His opponent in these fights is Capa, played by Cillian Murphy. The two of these guys just don’t see eye to eye on most issues, including that Capa unintentionally runs out the clock on the saying goodbye messages, making it impossible for Mace to say goodbye to anyone back on earth. All of this results in the guys having multiple fist fights with each other. There’s also Searle, the on board medial doctor and psychologist, (Cliff Curtis,) who is very interested in getting a good look at the sun. Corazon (Michele Yeoh,) is the botanist responsible for the oxygen garden as well as carbon dioxide and food. Then there’s Kaneda, the captain, as well as Cassie (Rose Byrne,) Trey, (Benedict Wong,) and Harvey. And each of these actors gets their moment to shine. Each character is developed, (to some degree,) and is given a personality of their own. That’s a pretty big accomplishment for a movie with an eight person ensemble cast.

But if anyone can handle it, it’s this director, Danny Boyle. Ever since Trainspotting,his second movie (following the little seen Shallow Grave,) in 1996, Boyle has been on a role. Not everything he has done worked, (The Beach, A Life Less Ordinary,) but his movies are always pretty interesting and unique. From 28 Days Later to Slumdog Millionaire to 27 Hours, this guy tells stories that are always pretty special and dramatic. And Sunshine is his one venture into sci-fi (28 Days Later is much more of a horror film, with the focus being on an outbreak that turns people into zombies.) What Boyle does with Sunshine is he gives us a beautiful looking movie that is technically pretty accurate. The only times when it is not accurate are times when the movie internationally makes a decision to avoid realism in favor of going with a situation or sound that is more cinematic, and would play better in a movie.

The casting of fantastic international talent is a clear mark of what makes this movie kind of special. Michele Yeoh is best known for Supercop and Crouching Tiger Hidden Dragon, and while she isn’t given a whole lot to do here, having her on board is certainly a nice addition. Cillian Murphy is also a welcome talent as is Rose Byrne, Benedict Wong, and Chris Evans, three actors who have all built up their careers in some major ways since this movie came out. And they play off each other nicely. But the real quality that makes this movie so interesting is the dialogue and situations these people encounter. Like any spaceship movie, going all the way back to 2001 A Space Odyssey or Apollo 13, these movies are about the problems that take place as equipment malfunctions, situations turn out to be different than anticipated, and all kinds of things go wrong. And this movie generally handles those scenarios pretty well.

The first situation they come to that sparks debate arise when the Icarus I appears on their radar. This is the first mission, where the spacecraft disappeared. And now they realize that if they have the chance to change courses only slightly, and dock with Icarus I. There are two reasons for potentially doing this. One is that there is a chance that the crew of that mission is still alive. But even more importantly, that spacecraft contains another bomb, or payload, and as this crew explain, two payloads are better than one. They will have more of a chance of success with two. And so they decide to change course and go after Icarus I. But changing courses causes all kinds of problems, starting with the fact that the navigation officer, (Trey,) forgets to reset the shields to handle the power of the sun at the new location that they are heading towards. This results in damage to the ship/

The damage needs to be repaired immediately, and so two of the crew members go out there to do it. Only one of them returns. And so starts the pattern of crew members dying, one by one. At this point, most of the movie is running smoothly. The debates seem interesting, even if they do miss some important points. For example, they have no idea what caused the Icarus I to stop and fail in its mission, but what if when they go after that ship, the same thing that stopped Icarus I stops them too? Still, the crew goes for it, and they end up boarding Icarus I which results in even more problems. It also results in a pretty cool scene where three crew members have to make it back from Icarus I to Icarus II, and they only have one suit among the three of them.

But as the movie goes on it gets way too convoluted and complex. So long as the situations are clearly defined and explained to us, such as the amount of oxygen on the ship and how many crew members can survive with that amount, things make sense, but by the end they stop explaining things as much and the whole thing kind of caves in on itself. First, they determine that based on this oxygen amount, they have to kill one of their team. And then they find out that the amount of people they thought were alive on the ship was wrong. There aren’t four members on the ship, there are five. Suddenly this turns into a horror movie, with a monster of sorts attacking them. No, it’s not an alien. But it is the kind of thing that is straight out of haunted house material.

That ending might have been okay, (as it was in Event Horizon,) if it wasn’t also mixed in with completing the mission and a ton of other problems that also go wrong. At a certain point, enough is enough, and if the movie continues to go in that direction any further, than it is just too much. This movie hits that point and then crosses it. The ending loses the audience in all kinds of ways and kills tons of momentum. First of all, we’ve already seen lots and lots of these technical problems, at this point, so why give us anymore? And secondly, at this point the movie isn’t taking the time to explain the new problems that arise, which is just causing all kinds of levels of confusion. If not for the ending, this would have been a far better films. It’s definitely artistic and interesting, and look fantastic, but it sure does drop the ball at the end.