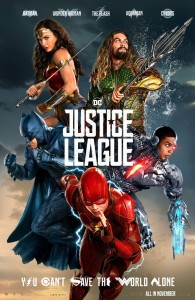 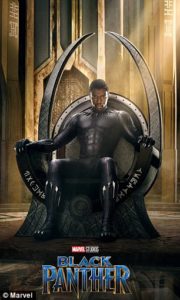 One year ago, the superhero calendar looked pretty different than it does today. Blame Warner Brothers and D.C. movies for that, with their constant barrage of changes and reactionary moves, that shows indecisiveness and a lack of confidence in every way. Not to pick on the guys behind that studio, but between, Batman Vs Superman and Suicide Squad, boy did they have a lousy year. And news of how much their movie The Batman has been falling apart hasn’t helped. At this point we don’t know if Ben Affleck will even be in it. (He was supposed to be the writer and director, as well as the star, and has so far walked away from being both writer and director.)

We are still in the pre summer months of 2017, and as always, the bulk of the superhero movies will come in the summertime. Those films are

Guardians of the Galaxy 2 (May)

Now what’s missing from that list? Something from Fox. An X-Men or Deadpool movie or spinoff of some sort. They put out Logan at the start of the year, and have nothing else in the immediate pipeline. Nothing else slated for the rest of the year. This leaves Marvel / Disney and D.C. / Warner Brothers open to run wild on the months ahead (Spider Man being a Sony project that is under the wing of Marvel Studios.)

Looking at the calendar of what’s coming out this year, and what was expected to be coming out, the only big change is that Fox was supposed to have a movie out in October. Nobody knew if it was going to be a Gambit movie or a Deadpool sequel or another X-Men film of some kind. Now, we know the truth. They have nothing. They are only starting the talks about getting into production now. Deadpool 2 has just found its actor to play Cable (Josh Brolin,) and has a director in one of the two guys who directed the first John Wick. The plan is to see this new Deadpool movie in the summer of 2018

Speaking of next year, 2018, this is where the real changes to the calendar have occurred. One year ago, the 2018 calendar looked like this…

The Avengers Infinity War (May)

Will there be changes to that? Sure. But who knows from where and from who. Nothing has officially been pulled off the calendar except for the Batman.

And that brings us right back to D.C. And their revolving door of ever changing plans. Last week the talk was all about A Green Lantern Corps movie and A Suicide Squad 2 movie. Now, it looks like there’s a new plan.

An extended Batman universe of connected films. There are four films on the table for this. A Gotham City Sirens movie. A Night Wing movie (the character of Robin, all grown up and on his own,) a Bat Girl movie (to be directed by Joss Whedon, the director of the first two Avengers films,) and a Batman movie to be directed by Matt Reeves (the new Planet of the Apes films.)

If D.C. can pull this off, it will be pretty cool. But what D.C. says today might not be what D.C. says tomorrow. It’s a crazy departure from their original plan (Man of Steel sequels, spin offs from the Justice League including a Flash movie,) but changing it up might just be the thing to do. My guess is that everyone (including Ben Affleck,) is waiting to see how Justice League does at the box office this summer. And if it does well enough, Affleck will still be in. As for the extended Batman universe, it sounds interesting. Perhaps that will all unfold in 2019. At this point, we will just have to see.

Finally, they are getting it right. Or close to right. They’ve got one superhero movie coming out each month of the summer (except for August.) From April through July, four months in a row, one superhero movie per month. That’s pretty good. I also like that there’s one coming out in November and then another in December, (unlike 2017, where two come out in the same month of November.) This is spreading the movies out in just the right way. One per month, and no more than that.

If you look back at the original plan for 2018, both DC and FOX have made significant changes, whereas Marvel hasn’t blinked an eye or changed a thing. No surprise there. The confidence of Marvel has reached the point of arrogance, (with them not allowing Tom Holland to appear in Sony’s Venom movie, in case it brings down the quality of Marvel films.) Still, right now the two best trailers of the year are the Thor Ragnorak trailer and the Black Panther trailer, and their last two Captain America efforts were both fantastic, so without question, Marvel is hitting it out of the park.

Regarding 2018, we’re looking at seven superhero movies that year. That’s one more than 2017, which started off with Logan. The difference is that 2018 is moving the pieces around in just the right way. I can’t wait!