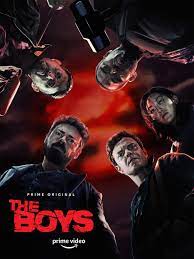 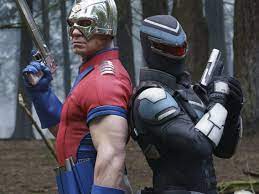 The Best Superhero Shows: Why The Boys and Peacemaker are far superior to any of the Marvel Shows:

At this point, we’ve seen enough Marvel and Star Wars shows to pretty much know what to expect. We know how these shows go, and there really aren’t many surprises left. Wanda – Vision, the show that kickstarted the world of Marvel Disney Plus shows, was the best of the bunch. Featuring not just protagonists, but also many other characters who connected to Marvel movies (Darcy from the Thor films, Randal Park from the Ant Man movies,) these shows were packed with surprises and clever angles on what it all meant. The show wasn’t great, but it was pretty good. Unfortunately, after that, each show got considerable worse.

The Falcon and the Winter Soldier repeated the idea of brining back characters who we had seen in Marvel movies, (Baron Zemo and Sharon Carter,) but it was dull and boring. The storylines weren’t creative or interesting in any way, and it was ultimately a mess. Then came Loki, which was definitely more interesting, but also way too complicated. Speaking of complicated, Moon Knight wasn’t much better. For one thing, it featured no connections to the Marvel Cinematic Universe. For another, it started out as a smart, exciting show with an amazing first episode, and then got further and further away from that with every episode that followed. By the end of its run, Moon Knight may have been the worst of the MCU Disney Plus shows, with it’s Hippo woman and giant Gator god eating spirits out of the sky. It was too much. And after four of these Disney Plus shows (five if you want to include Marvel’s What If, which also started strong, but then quickly wore out its welcome in the episodes that followed,) it’s safe to say they aren’t very good.

Not to worry though, because we’ve got plenty else to choose from. First off, there are the Star Wars shows. Also on Disney Plus, these have been considerably better. In fact, every one of them is pretty good. The two seasons of the Mandolorian have both been great. Under the guidance of show runner John Favreau, the man who directed the very first MCU film, Iron Man, the Mandolorian shows have taken off and launched Disney Plus Star Wars shows into a whole new stratosphere. The Book of Bobba Fett series isn’t quite as good, but it’s still pretty cool and far superior to the Marvel shows. And then there’s Obi Wan Kenobi, the series featuring Ewan McGregor and Hayden Christiansen, reprising their roles of Obi Wan and Darth Vader. This show is fantastic. Seeing Darth Vader again as a main character is a thrill. It’s tough to say what is better, this or the first season of the Mandolorian, but both are pretty excellent.

Moving on to other streaming services besides Disney Plus, there are two series’ that take the cake as the absolute best. The Boy and Peacemaker. Both really get out there, as far as what they are willing to do and explore. These series’ are no holds barred. They go all out. And that is absolutely, 100 percent due to their R rating. They are like the Deadpool of Streaming Shows. Now, an R rating doesn’t guarantee excellence. Just look at the Harley Quinn movie or the Blade movies. But a combination of smart writing plus an R rating goes a long way. Just like how the Mandolorian has John Favreau running the ship, these other two series’ also have known and proven minds working in the show runner seat. James Gunn (the Guardians of the Galaxy movies,) not only wrote, but also directed all of the Peacemaker episodes. And Seth Rogen is behind the Boys series, as a producer and writer. So clearly getting the right show runner makes a difference. And having an R rating definitely helps too.