The Death of Superman Lives: What Happened? *** 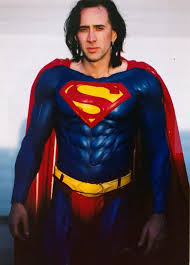 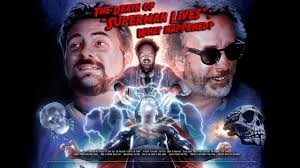 A fascinating documentary that chronicles the making of and falling apart of what should have been a popular movie.

The Death of Superman Lives is a very interesting documentary about a movie that might have been. This film was all ready to go before the cameras and everything about it seemed like it just might work. First off, there was director Tim Burton, coming off of the Batman films. Then there was actor Nicholas Cage at his prime (having already won an Oscar for Leaving Las Vegas and then becoming America’s favorite action star with The Rock, Con Air, and Face Off.) The documentary chronicles all of the behind the scenes stories of what went down, including a pretty crazy producer who owned the rights to the whole project. It includes interviews with the people involved, including Burton, writer Kevin Smith, and costume designer Colleen Atwood. The only thing missing are interview with Cage, himself. Still, this is an interesting story and the movie tells it pretty well.

In the late nineties, Warner Brothers was considering how to reboot their Superman franchise. This was before Bryan Singer took a stab at it (unsuccessfully,) with the Brandon Routh – Kevin Spacey film Superman Returns. At the time when the Warner Brothers project, called Superman Lives, was being considered, the only Superman movies that had been made were the Christopher Reeve films. Warner Brothers had experienced a roller coaster of events with its Batman franchise, from the two monster success stories (the Tim Burton Batman films,) to the downfall and eventual disaster of the Joel Shumacher Batman movies. Now they turned to Tim Burton to make Superman Lives. Only the movie never happened. This documentary, The Death of Superman Lives: What Happened? Chronicles the story of why.

Warner Brothers was really betting big by hiring Tim Burton. This guy relaunched Batman, gave that series its own unique look, which was really made in the director’s style, and made a lot of money for the studio. They also lost a ton of money on the Batman film that just came out, Batman and Robin (the Clooney Batman movie.) To give a sort of time perspective, Batman and Robin was released in the summer of 1997. Superman Lives was being put together the following year, in 1998. And who better to go to, as the director to helm the project, then the man who actually did right by the Batman series and got the whole thing started for the studio in the first place?

The idea of Superman lives came from a man named Jon Peters. This man was a former Hollywood hairdresser turned Hollywood producer. He was the kind of guy that didn’t get a lot of respect in the industry because of what he did as a former career. As a producer, he looked to find out what properties were losing their ownership and what he could snatch up and by quickly, flying under the radar and getting them cheap. That’s exactly what happened with Superman. Warner Brothers didn’t realize that their rights to the series were expiring and Peters went and snatched them up, right from under Warner Brothers’ noses. Peters recalls a conversation with the head of Warner Brothers where the studio head asked Peters what kinds of movies he had plans to make. When Peters mentioned Superman, the studio head laughed, claiming that property was owned by the studio. Peters told him to check his facts, and sure enough, the studio head was wrong.

Peters decided, at this point, to partner up with the studio. After all, he might be the one with the idea and the property license, but he certainly didn’t have the kind of money at his disposal that a movie like this would need. His plan was to make the film based on the famous, mid-nineties comic book series where Superman fought the villain Doomsday. It was a fight to the end, where both Superman and Doomsday died. Months went by. Over time, four different men appeared, each claming to be Superman. One was a boy. Another was a Cybord. Each was uniquely different. The whole series , starting with the Doomsday fight, was major comic book success.  Peters looked to turn that into a film. It would mean a different look for Superman including long hair and a black outfit instead of the traditional red, blue, and yellow.

Kevin Smith was the first screenwriter brought on to take a crack at this thing. It was a good choice, considering that Smith was a comic geek. He had directed a bunch of movies of his own, at this point, having already made Clerks, Mallrats, and Chasing Amy. Smith wrote the script and went over to Peters’ house to discuss it, only to learn that Peters hadn’t read it yet. Instead, Peters was waiting for Smith to come over and actually read it to him. Peters had a certain way of listening to scripts instead of reading them, that was kind of childlike in all of its innocence. Peters would lie on his back, on a couch, looking up at the ceiling, while the script was being read to him. Then he would put his hands up in the air and make a movie frame rectangle, where he would imagine seeing the film that the reader was describing to him. It’s kind of funny to think about, and certainly ridiculous, but I also kind of understand and like the charm of this approach.

When Tim Burton came on board, the first thing he did wad fire Kevin Smith. He just didn’t care for the script. Burton loved the idea of doing a very dark and much different telling of Superman. But Smith was not his guy, and Burton hired another screenwriter, Wesley Strick, who he had worked with once before. Burton also brought in Nicholas Cage as the star, and Coleen Atwood as the costume designer. Right away, everyone started getting to work. Peters might have lost his screenwriter, but this was still his movie, and as the head producer, he had a lot of say. At least that’s what he thought. The only guarantee Peters had, was that Burton would hear his ideas. After that, it was up to Burton to decide whether or not he wanted to actually use them.

And Peters certainly had a lot of ideas. He was a big proponent of using scary animals. That included having the main villain be a sort of giant spider, and having Superman have giant polar bear guards outside of his fortress of solitude. When Peters proposed the polar bear idea to Smith, originally, Smith couldn’t believe the stupidity. Why would Superman need polar bear guards, he questioned. But Peters was just getting warmed up. He wanted Superman to jump really high, but not to fly. Instead his jumps and lands would be so enormous, that it would have the feel of Superman flying. Peters also wanted a ship that followed Superman to earth and looked like a skull. There would be tons of monsters and aliens in this ship who would now be unleashed on the planet. He had a whole team of artists work on creating these monsters.

Peters would bring his kids into the room with the artists to visit and say what they thought of the drawings. Both Peters and the artists were interviewed for this documentary, and the artists claimed it was insulting. They would be working for days on these drawings, and then these little kids would come in and make comments about which ones they liked and didn’t like, without any tact or discipline. Peters, himself, didn’t have much discipline either. He would often grab one of the artists and wrestle him to the floor, putting the man in a headlock. On the documentary, Peters defends all of his and doesn’t deny that any of it actually happened. Instead, he reasons that he brought his kids to check out the drawings because kids are the most honest judges of what they like. They don’t sugar coat their feelings or use tacts. And regarding the wrestling, Peters claims he was trying to get some energy into the room and provide spirit and momentum to the artists to get in the action mood.

While the movie does spend a lot of time with Peters (who is by far the most interesting involved in the film, at least from the interviews in this documentary,) it also has interviews with plenty of other people too. Tim Burton gets a lot of screentime and so does costume designer, Atwood. We see the costume tests with Nicholas Cage, and how the progression of the costume came about. There was a black Superman costume, but there was also a sort of plastic tubing costume with lights that would travel through it. Everything looked a little crazy and out there, and considering Burton and his wild mind was the one fueling all of this, it would have been incredibly interesting to actually see Superman Lives as a real film.

Only in the final twenty minutes or so, of the film, does the story of how the movie hit a wall and fell apart, come out. The saving of that part of the story for the end, is very intentional, and it is a clever strategy. After all, this is the thing that we are really wondering about the whole way through. The first three quarters of the movie are used as build up to show us just how much was involved in putting this thing together. Then we learn about what the studio was going through and how many bombs they had in a row. I like that this movie shows us all of the films that Warnter Brothers released that year, tells us the budget, and then shows us how little each of these movies made. The Death of Superman Lives: What Happened? was made by a man named Jon Shnepp, who has a recurring role on the internet movie news show Collider Movie Talk. Shnepp is the man conducting the interviews in the documentary, but he is also the guy who put the whole thing together. You can tell that his heart is really in it, and that he is now asking questions and trying to confirm details about the stories that he has heard for years. His passion comes through in every frame. This movie is told with a quick pace, lively music, and some real momentum. It’s a pretty great and very entertaining documentary.