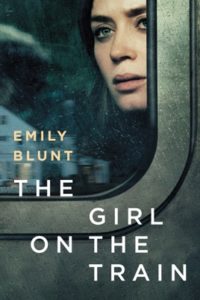 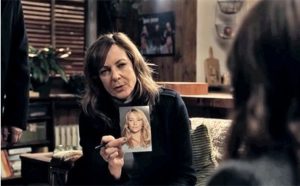 A pretty cool mystery where the protagonist is a depressed alcoholic, and yet despite us having reservations about following her, she ends up uncovering quite a lot.

This is a pretty compelling movie. It starts by showing the lives and perspectives of three different women. Then it explains how the women are connected. And then it follows one of these women, (Rachel,) as she is spying on another one of the women and notices something off. When that woman she was watching ends up going missing, Rachel feels a desire to come forward to tell people what she saw. Only how can she when it means telling everyone that she was spying on this woman? The movie starts off a little slow and unpleasant as we see Rachel as an alcoholic, and a total mess. But then once the mystery starts, it begins to get a little better. And with each new twist, we get invested even more. This movie might look like Gone Girl, or like the kind off thing we’ve seen a thousand times before, but it’s actually pretty refreshingly creative and interesting, and back a hell of a twist.

The Girl on the Train is an entertaining mystery that really keeps you guessing. This one was based on a popular book, and it’s not very hard to see why. For one thing, it gets into the headspace of three women who are, for the most part, housewives, in different places in their lives. The movie starts by showing us each woman and taking us through her thoughts as she goes through her daily activities. This idea, to really capture the perspective of three different characters is the kind of thing that would be ripe for telling the story in book form. And it works pretty well as a movie too.

Especially when you consider that the main character, Rachel, (Emily Blunt,) is an absolute mess. She’s an alcoholic who rides the train back and forth to New York each day, and stares out the window looking at one woman in one house, whose life she wishes she had. Rachel tries to imagine what this woman’s life is really like, with her ideal husband, beautiful house, and carefree attitude about the world. It’s pretty voyeuristic and uncomfortable, especially as we come to realize that Rachel is always drunk.

The second woman is Megan, and she is the woman that Rachel has been watching. Right away this is a cool idea. Instead of Megan being some abstract character, who Rachel fantasizes about and who we never know any truth about, we now are given a front row seat into Megan’s life, as she becomes another one of the main characters. Megan’s husband is Scott, (Luke Evans,) and her job is a nanny, watching over a baby boy. But she is unhappy and depressed and goes to see a therapist on a regular basis. We watch Megan taking care of the baby, and we watch her interact with the woman the she works for.

This is Anna, (Rebecca Fergusson, of the Mission Impossible movies,) the babie’s mom. And she is the next of the three women whose lives we quickly infiltrate. Anna doesn’t work. She’s a stay-at-home mom, who still has a nanny to take care of her kid, as she runs around and does whatever errands she needs to do each day. We watch as Megan quits the job, working for Anna, and expresses interest in going back to art, which is her true passion. And not long after this, we learn that all three women are connected, because the man who Anna is married to, is actually Rachel’s ex-husband, Tom (Justin Theroux.) And Tom was cheating on Rachel with Anna, while he and Rachel we still married and living together.

So the piece that doesn’t quite fit, or that we don’t know enough about to know if it does or doesn’t fit, is the middle woman, Megan. Does Rachel know that this girl, who she watches out the train window each day, is the girl who is taking care of Tom and Anna’s baby? We never really get an answer to that one, and it’s okay, because the less we know, the more intrigued we are. And this is pretty much the story, in the first act. But then one day, Rachel sees Megan on her balcony with another man. It appears that the two of them are kissing. This completely freaks Rachel out and shakes up her world.

Rachel has been living vicariously through this woman, to the point where she feels like she is a part of Megan’s life, despite having never even spoken to her. She wants to yell at Megan to stop cheating on her husband, (especially after what happened to Rachel, with Tom,) and one night she decides to get off the train in Megan’s neighborhood. She is extremely drunk and ends up walking into a tunnel, possibly doing something to Megan, (it is vague, and often blurry,) and then passing out. When she wakes up, Rachel is covered in blood. She assumes its her own, from falling and passing out. But then the news starts reporting that Megan has gone missing and Rachel thinks she knows something that nobody else does, about the guy she saw Megan having an affair with that day, on her balcony.

This is where the movie starts to get especially interesting. The first act was more depressing and upsetting than anything else, with Rachel constantly acting drunk and miserable. Here, in this second act, the mystery has actually begun. She has information that she wants to pass on, about the affair Megan was having, but how does she tell anyone this without them wondering how Rachel knows? How does she know who Megan’s husband is, to know that this man she saw Megan with wasn’t him? Rachel decides to approach Anna’s husband, Scott, and tell him that she and Megan were friends and that Megan confided in her about the affair. Big mistake. Especially since the police are breathing down Rachel’s neck, after learning that she got off the train in the area the night that Megan went missing.

Rachel starts working with Scott, meeting with him, spending time around his house, and trying to help him find the person who might know where Megan is. And then Megan turns up dead. Suddenly a new twist has unfolded. The therapist (the man who Rachel saw on Megan’s balcony with her,) ends up getting brought on, due to Scott telling the police what Rachel saw. And the therapist singles Scott out as someone who Megan was afraid of, and who likely is the one that did this to her. At this point, the range of suspects balloons. It could be anyone who did this, including Rachel, herself. And as an audience member, of course we keep guessing.

The final reveal is pretty cool. It’s one of those situations where they didn’t really give us enough clues, but in hindsight, many things that happened earlier in the movie can now be looked at in a different way. And that’s pretty cool. It means we now get to see the same scenes that we saw earlier, only from a different angle that shows us the truth about what was happening. It’s very Sixth Sense or Fight Club. And don’t let the connection between those two movie let you think it’s something like Megan never really existed, and was all inside Rachel’s head. Some movies (but very few,) are able to pull of a twist like that, (Shutter Island, to name one,) but most times it just leads to the audience rolling their eyes. And luckily this movie doesn’t go down that path.

The movie ends up being a pretty cool thriller. Sure, it took a while to get going and featured a protagonist who we really had a hard time relating to, but that’s just one more thing that made this movie unique. You always side with the protagonist, no matter what he or she has done, (just look at American Psycho as an example,) and so when a movie sets up a protagonist for us to like, who is pretty much unlikeable, it is a new twist or wrinkle in the unexpected. This movie has fun changing up the formula, including the three different women’s perspective opening scenes. By the end, we do get a pretty cool twist, but other than that, (and after it is revealed,) the ending feels kind of generic. The beginning, in which we are struggling to understand or find any sympathy for Rachel is even worse. And yet still, the mystery here is so good and interesting, that this is a fascinating film.